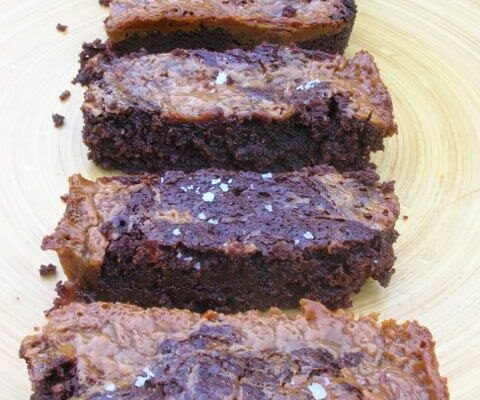 If you like sweet and salt together you’ll love these Cornish sea salted caramel brownies. They’re easy to make and deliciously fudgy to eat.

Salted caramel and brownies are two of my favourite things. So what could be better than combining them both? Not much as it turns out. Read on to find out how to make this divine recipe.

Two splendid Cornish products came into play when I created these Cornish sea salted caramel brownies. They were, in large part, responsible for these delectable treats. I muscled in on a Twitter conversation between Cornish Sea Salt and Rodda’s just when they were showing off pictures of sea salted brownies. Well that was it, I had to make some. So I did, although it was a few weeks ago now.

When it came to it, I pretty much used the same recipe as I did for the Marmite Caramel Brownies I came up with last year. But the method was different and obviously I didn’t use Marmite. I wanted to make a brownie batter using a rich dark chocolate so as to make a good foil for the sweet salted caramel. Rather than sandwiching the caramel as I’d done previously, I decided to swirl it through the batter. 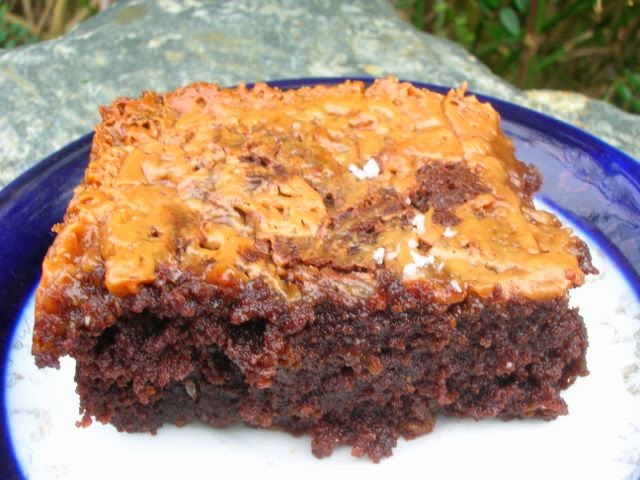 There’s no way to describe these brownies other than sublime. The caramel, which has honey notes, is perfectly salted. It creates a squidgy interior to the brownie with a chewy toffee crust. Despite their deliciousness, CT and I weren’t able to eat them all at one sitting. So they lasted us over the next few days. By day two, they’d taken on the consistency of fudge. Hooray, two for the price of one. My oh my! 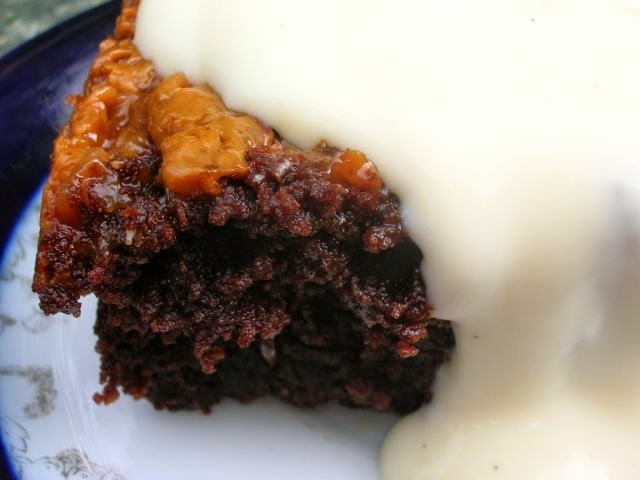 I served these Cornish sea salted caramel brownies with Rodda’s clotted cream custard. It happened to go perfectly, both when the brownies were warm and when they were cold. Despite the rugged terrain and unpredictable weather, we’re quite a decadent lot in Cornwall.

If these aren’t enough to tempt you, take a look at my other brownie recipes. I have plenty of them. Alternatively head over to my Bake up a Brownie board on Pinterest. You’re bound to find some inspiration there.

Thanks for visiting Tin and Thyme. If you make these gorgeous Cornish sea salted caramel brownies, I’d love to hear about it in the comments below or via social media. Do share photos on social media too and use the hashtag #tinandthyme, so I can spot them. 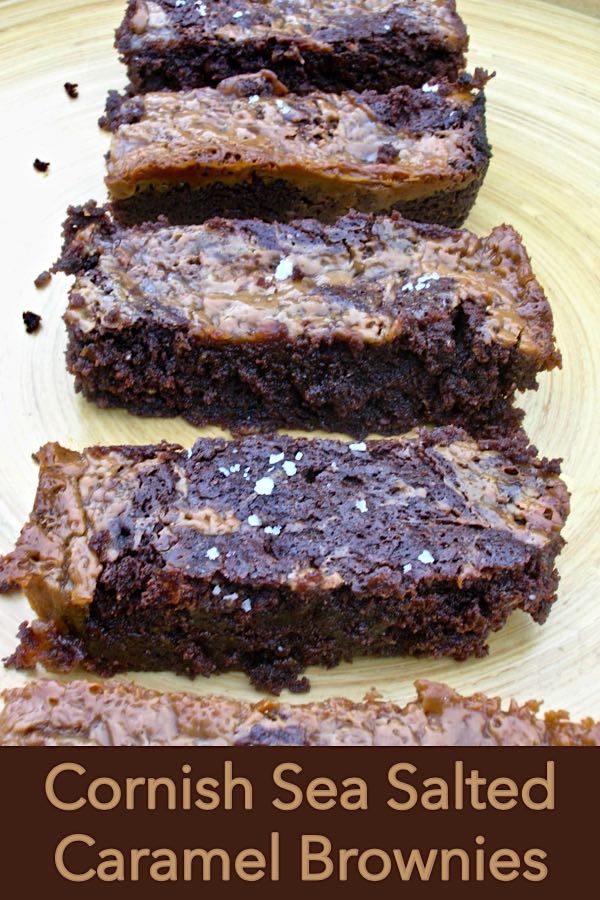 I’m sending these delectable Cornish treats off to Javelin Warrior for his Made with Love Monday. They also go to Emily over at A Mummy Too for her #recipeoftheweek. 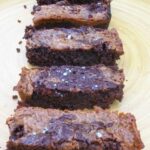 Many thanks to Cornish Sea Salt for sending me a tub of their new flakes to try out and to Rodda’s for the custard. You can see my review of these products on the Cornish Cornucopia post.