“Of all the food bloggers out there, Choclette is something rather special, with hundreds of amazing chocolate recipes, some of which include leftovers! These cinnamon choc chip friands are delicious.” Rachel Kelly, The Guardian

“Your blog is great, very tempted to try some of these recipes now!” Jordan Bourke

“Perfect place to be for anyone who is searching for homemade vegetarian food recipes. Tin And Thyme provides hundreds of delicious – and frankly inspired – ideas.” Simply Cornish Hampers 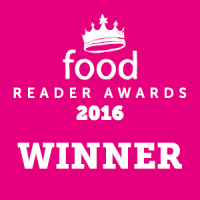 Food Blogger of the Fortnight – Munchies and Munchkins – 7 January 2016

Part of the Blogging Team for Big Cake Show – March 2014

Nice to see that Chocolate Log Blog is one of the top five blogs in Cornwall – thanks to Saffron Bunny for the favourable review in Cornwall Today and on her blog – January 2014.

Recipes featured in or on: