If you like a bit of alliteration, how about “spelt strawberry shortcakes scream summer”? It’s not a lie. And furthermore they’re totally delicious. Knock up a batch, invite your neighbours around and enjoy them in or out of the garden. Serve them warm with whipped cream and macerated strawberries.

END_OF_DOCUMENT_TOKEN_TO_BE_REPLACED 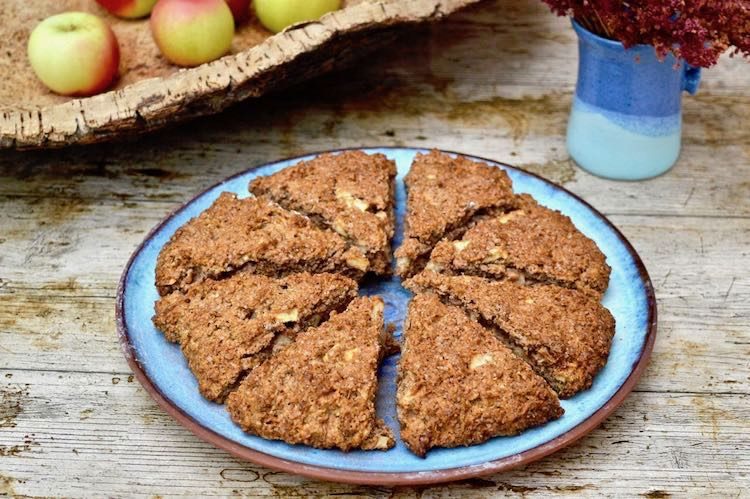 These apple cider scones are made with wholemeal spelt flour and flavoured with cinnamon. They are light, flavoursome and make for a great Sunday breakfast or teatime treat when spread with butter.

END_OF_DOCUMENT_TOKEN_TO_BE_REPLACED 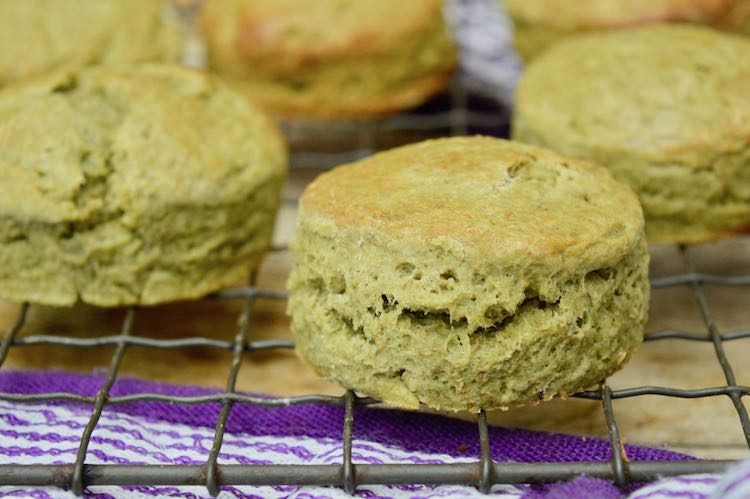 Easy to make, light and thoroughly delicious, these antioxidant rich matcha tea spelt scones include kefir to help with the rise and a little honey for sweetness.

END_OF_DOCUMENT_TOKEN_TO_BE_REPLACED

It may be cold and blustery outside, but I’m noticing signs of spring here, with snowdrops and even daffodils emerging. This combined with the fast approaching, St David’s Day on 1 March put me in mind of Wales’ national bake, Welsh cakes. My wholemeal spelt Welsh cakes are super easy to make. They’re crisp on the outside, soft and buttery on the inside and incredibly moreish. This wonder food from the west is the perfect antidote to the Beast from the East.

END_OF_DOCUMENT_TOKEN_TO_BE_REPLACED

Yorkshire Fat Rascals – A Classic Bake from God’s Own Country 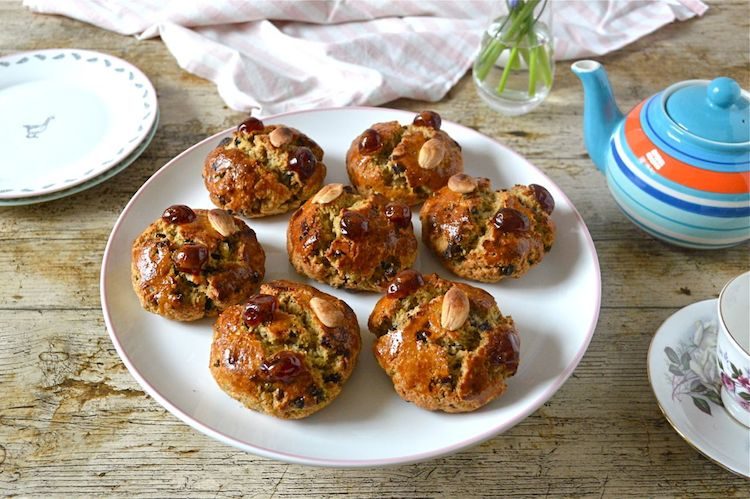 CT recently returned from a trip to York. Whilst there he popped into Bettys Tea Rooms for a cuppa and a curd tart. Fat rascals are a classic Yorkshire bake and one that I very much associate with Bettys. I’ve never actually tried one, so in order not to feel left out, I decided to have a go at making some.

END_OF_DOCUMENT_TOKEN_TO_BE_REPLACED

Light and delicious cheese scones with a swirl of green wild garlic pesto running through them. To be honest these would be good with any homemade pesto you want to use, but I urge you to give these wild garlic cheese scones a try. At least once.

END_OF_DOCUMENT_TOKEN_TO_BE_REPLACED

A rich and tasty scone, these brie and chive scones will delight almost everyone. Eat them on their own for breakfast, brunch, lunch or supper or, for a more substantial meal, enjoy them as an accompaniment to salad or soup. Great for picnics too.

END_OF_DOCUMENT_TOKEN_TO_BE_REPLACED 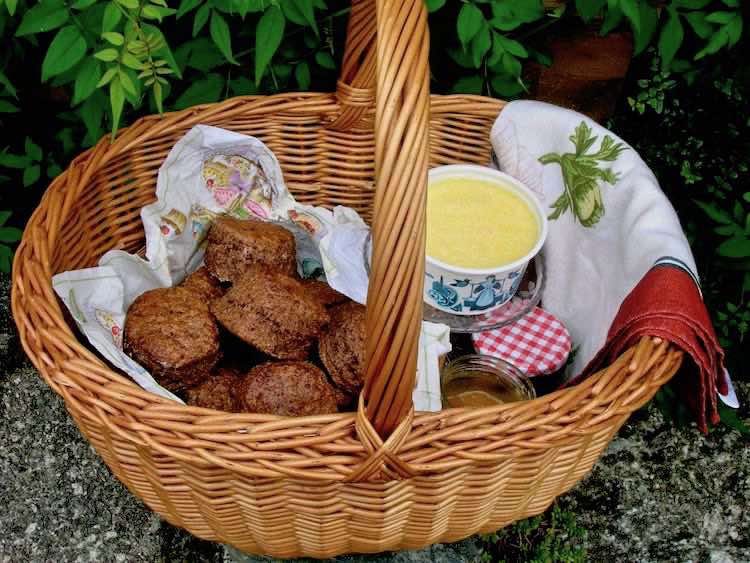 Soft rich dark chocolate scones make an ideal base for cherry jam, blackcurrant jam or orange curd. Delicious warm or cold, but best eaten on the day they are made.

END_OF_DOCUMENT_TOKEN_TO_BE_REPLACED 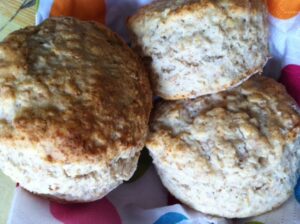 It’s that time of year again! Yes, it’s International Scone Week over at Fig Jam and Lime Cordial – only it seems to have morphed into International Scone Fortnight this year! Actually, it looks like I’ve missed the boat and the round-up is already posted. Do check it out as there are a number of very different and delicious scones to admire.

I’ve always had a bit of trouble with scones, but last year’s International Scone Week, galvanised me into action and I decided I was going to get to grips with making light and delicious scones once and for all. The resulting chocolate scones were perhaps not the lightest ever, but they were still at the upper end of the scale of good and tasted delicious.

Having just made curd tarts, I had rather a lot of whey left over, so the obvious thing to do with it was to make scones. I made these fabulous white chocolate scones earlier in the year so I used similar quantities, only this time without butter and whey rather than sour milk. I crossed my fingers that they worked out OK. 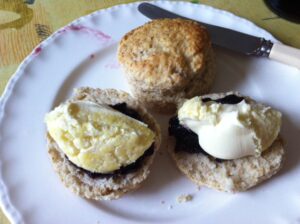 Those crossed fingers seemed to do the trick: the scones were delightful, light, but moist with a nice hint of vanilla from the chocolate. They were so simple to make too, not rubbing butter into flour, which for some reason I particularly dislike. They went remarkably well with some of my mother’s homemade blackcurrant jam and a good dollop of Cornish clotted cream. 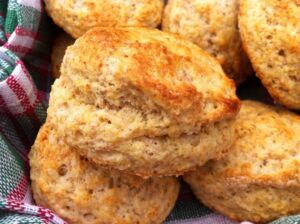 After the success I had with substituting white chocolate for lard in Dan’s tea cakes, I was keen to try something similar with scones. I don’t like my scones too sweet as the usual addition of jam or honey make them quite sweet enough. So, so my reasoning went like this: if I substitute white chocolate for some of the butter and add a little bit more for sweetness, then can I also omit the sugar? 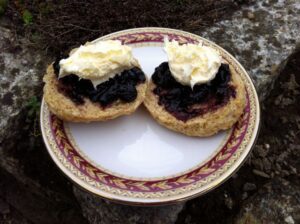 The scones were light, just the right side of sweet and tasted delicious with a slight flavour of vanilla and white chocolate. They were soft on the inside and slightly crunchy on the outside and were just as good on day two as on day one. I shall definitely be making these again. Topped with jam and cream and a nice pot of tea, they really hit the spot mid-afternoon. Although, actually, they were also rather good with passionfruit curd – more on that later.

I am submitting these to Teatime Treats where Karen of Lavender & Lovage has chosen scones as the theme for this month. The challenge is hosted on alternate months with Kate of What Kate Baked.