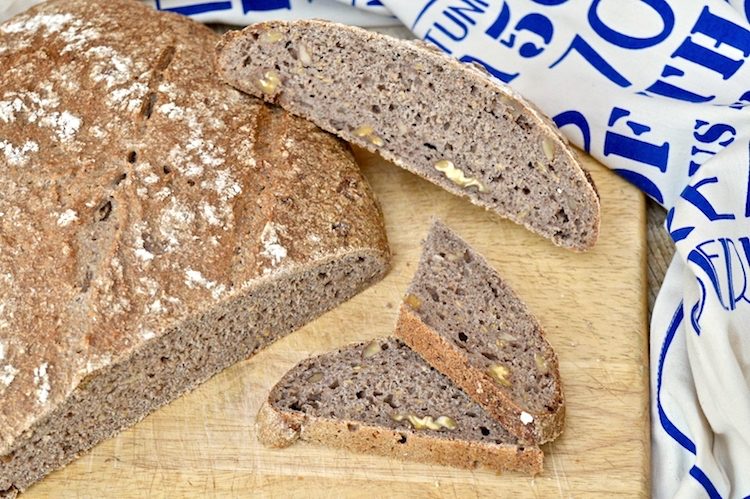 How about a loaf of real banana bread? One that’s made with sourdough, wholemeal flour and no added sugar? This sourdough banana bread does all of this and more. And it’s not only healthy, it’s really delicious.

I’ve been contemplating the creation of a sourdough banana bread for a long time now. A loaf that’s just like real bread rather than cake. Finally I’ve made one and I’m really pleased with it. I’ve added the classic ingredients of walnuts and cinnamon, but the only sweetness comes from the bananas.

This recipe for banana sourdough bread is perfect for using up squishy bananas. It’s an easy loaf to make if you have a stand mixer. But the dough is quite wet, so whilst it’s not impossible, it’s a bit harder to knead by hand. This recipe makes one large loaf or two smaller ones.

As you can see from the photo below, I didn’t make this bread in a tin. Because it’s a soft dough, however, the loaf goes a bit flat. I don’t mind this, especially as it cooks faster. But if you’d prefer a more standard shape, use a tin or tins.

What’s in the Loaf?

I based this banana bread on my standard rye sourdough bread recipe. Because of the addition of bananas, however, the dough is wetter than it normally is. So I’ve used more flour, which creates a particularly large loaf. The flour is a mix of strong wholemeal and wholemeal spelt. The bread thus rises well because of the strong flour and has a soft texture because of the spelt. 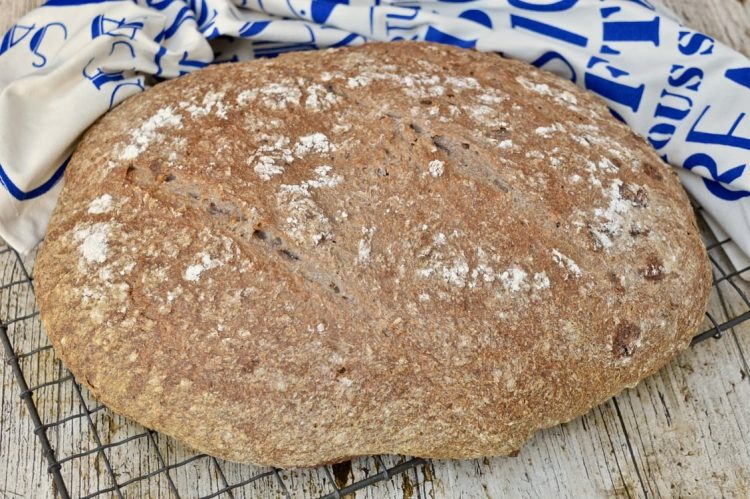 Feel free to use a different sourdough starter. I’m wedded to rye. It’s robust, needs little attention and can be used to make any kind of sourdough bread you like. Recently I lost my ten year old sourdough starter and I was completely bereft. When I’d more or less come to terms with its loss, Monica Shaw from Smarter Fitter came to my rescue and sent me some of hers. Thank you so much Monica.

As well as walnuts and cinnamon, I’ve also added linseeds to the mix. The reason is twofold. They help to absorb liquid and they’re good for you. In fact I always add them to my sourdough breads. They’re high in omega 3 fatty acids and great for the digestion. I should add that the bread is entirely vegan, but I sort of take that as read when it comes to sourdough.

Well, apart from the weird purple tinge that the bananas give, this sourdough banana bread is just fabulous. It has a good texture, a lovely flavour and is slightly sweet from the banana and cinnamon. Plus you get a bit of crunch and additional flavour from the walnuts. If you don’t like walnuts, just leave them out. 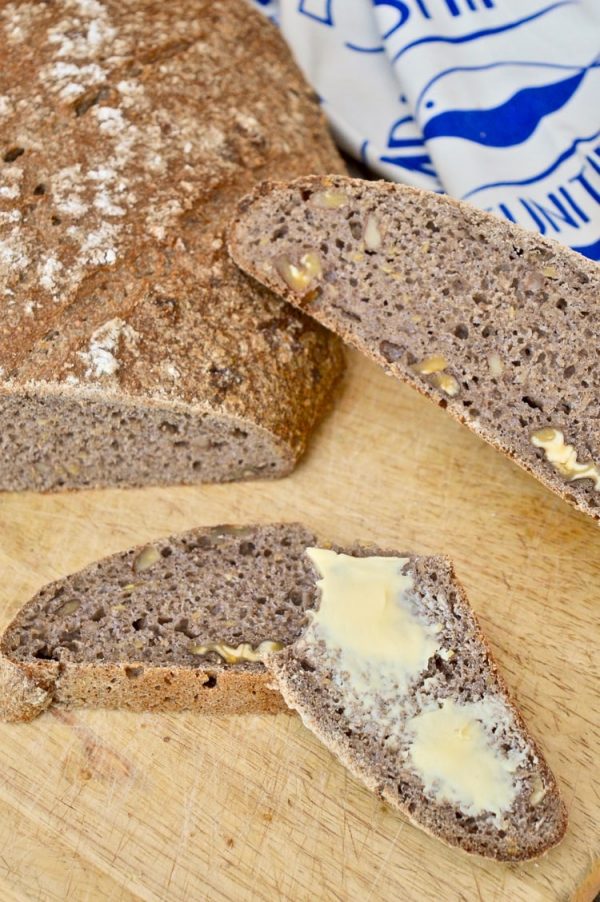 Spread it with butter or a nut butter and that’s really all you need. However, its also delicious toasted and spread with honey. It even goes well with plain mild cheeses like cheddar, Lancashire, Cheshire, Gloucester or Caerphilly.

Thanks for visiting Tin and Thyme. If you make a loaf of this sourdough banana bread, I’d love to hear about it in the comments below. Do share photos on social media too and use the hashtag #tinandthyme, so I can spot them.

If you’re after more bread inspiration, why not take a look at these recipes in my Bread and Buns category? 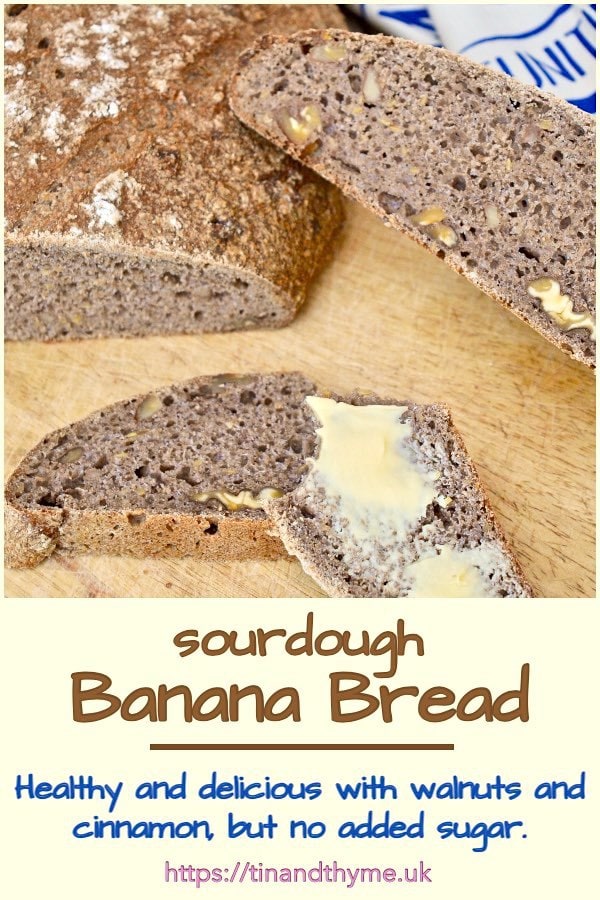 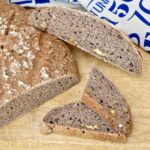 If the bananas are soft enough, just add them whole, otherwise mash with a fork before adding to the mix. This recipe makes one large loaf or two smaller ones. Please note: calories and other nutritional information are per serving. They're approximate and will depend on serving size and exact ingredients used.

I’m sharing this recipe for sourdough banana bread with Apply to Face Blog and Jo’s Kitchen Larder for #BakingCrumbs. And also with A Strong Coffee for #CookBlogShare.