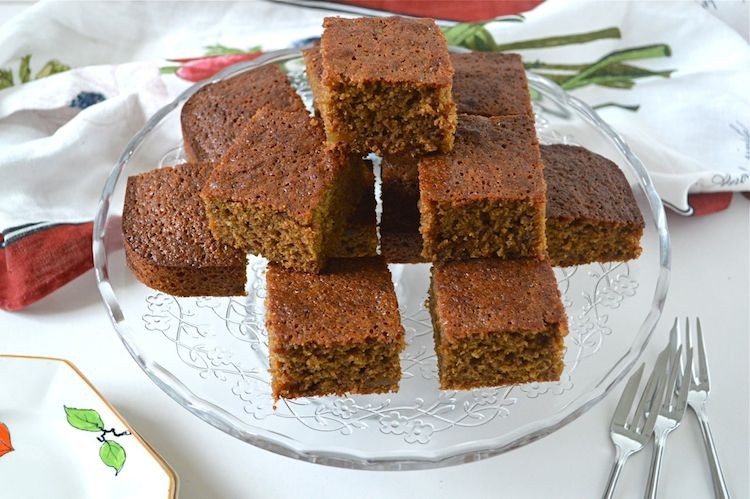 When I saw a recipe for banana ginger cake chez The Caked Crusader the other day, I knew there was nothing to be done but make it as soon as I could. Banana and ginger is not an obvious pairing by any means, but the cake just sounded so good – and it was.

The original recipe came from the prince of bakers Dan Lepard. I tweaked it quite a bit, of course, but the glory of this sticky banana ginger cake must go to Dan. It’s one of those quick and simple cakes to make which can be mixed by hand in under fifteen minutes, so brilliant for when you’re in a rush. I added quite a bit of ground ginger, which wasn’t in the original recipe as well as a little cinnamon. I also used wholemeal spelt flour and olive oil rather than sunflower oil. As I quite like my ginger cakes to taste a little treacly, I also mixed up the sugar to include some really dark and less refined molasses sugar. 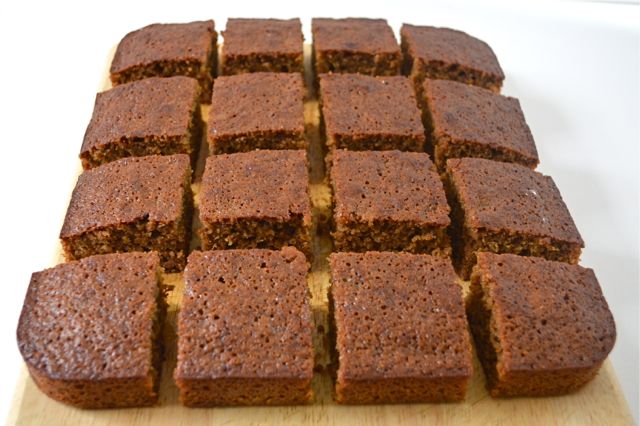 The finished cake is astonishingly light and springy, given it’s made with bananas and wholemeal flour. It also has a lovely sticky texture and holds together well – there are few crumbs with this cake. CT reckoned the balance of banana and ginger was just right as he could detect both well, without one overwhelming the other. But it also had the desired gingery heat I was looking for. Another brilliant wholefood cake to add to the Tin and Thyme top of the pops recipe collection.

Thanks for visiting Tin and Thyme. If you make this sticky banana ginger cake recipe, I’d love to hear about it in the comments below or via social media. Do share a photo on social media too and use the hashtag #tinandthyme, so I can spot it. For more delicious and nutritious recipes, follow me on Twitter, Facebook, Instagram or Pinterest. 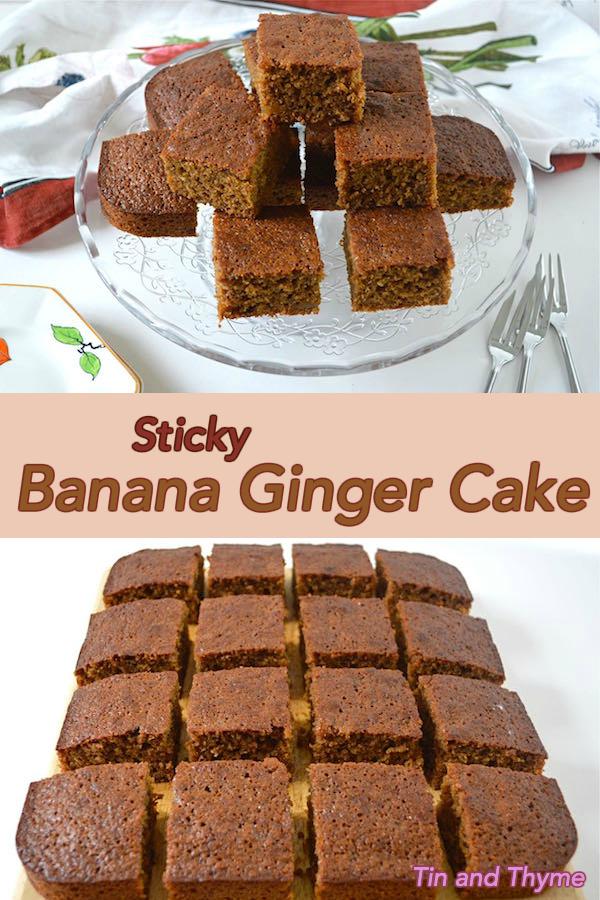 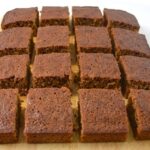 The original recipe was made in a 20cm / 8" sq tin. If you use this, the cake will be deeper and you'll need to bake it for longer. Adapted from a  Dan Lepard recipe.

The theme for Love Cake this month over at JibberJabberUK is Sport Relief. Whilst this sticky banana ginger cake wasn’t baked for this purpose, it would make an excellent cake for a bake sale.