A sweet, but really delicious banana cake. It’s made with dark muscovado sugar which gives it a gorgeous caramel flavour. You can make this muscovado banana bread with either raisins or chocolate chips. It’s superb with both.

I do like Nigel Slater, I like his style of cooking and I like his writing. He also seems like a really nice person. I don’t, however, make many of his recipes because I generally operate freestyle when it comes to cooking. But when Sue of A Little Bit of Heaven on a Plate and Janice of Farmersgirl Kitchen started #dishofthemonth, a new monthly challenge to cook Nigel’s recipes, it seemed like a good time to find out what chocolate recipes he might have up his sleeve.

I made these chocolate biscuits for the first challenge, but haven’t managed to participate again until now.

With a pile of bananas in the fruit bowl I thought I’d better try out Nigel’s recipe for chocolate muscovado banana bread, which I found in my pile of recipe scraps and cuttings. Source sadly not recorded.

Banana bread is a brilliant way to use up any bananas that are starting to look past their best. In fact you want your bananas to be soft for this bake, or it will be hard to mash them up. It also fragrances the house most sweetly as it bakes. So there are at least two very good reasons to make it. 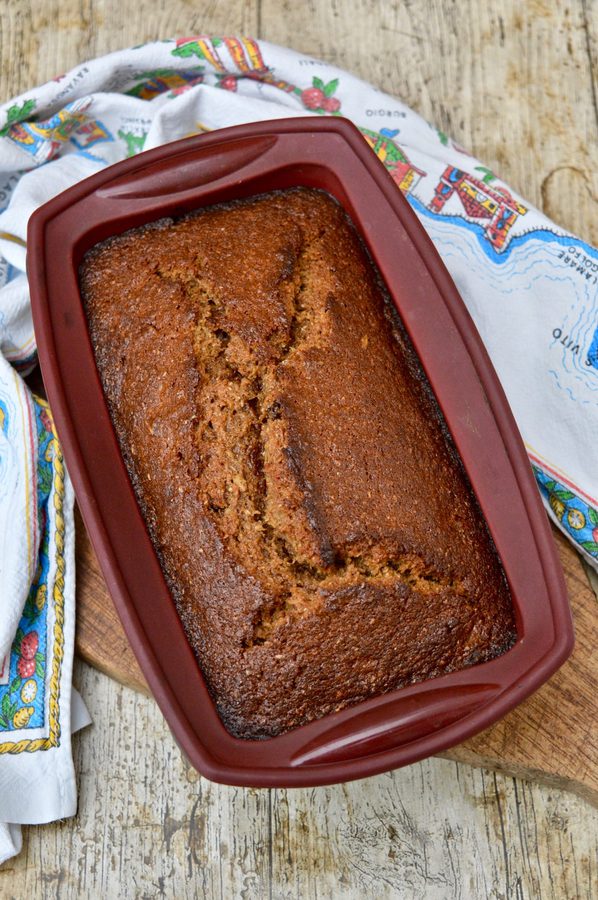 Although this is called banana bread, it’s really a cake in loaf form. I think the name is designed to confuse. I do have a couple of banana bread recipes that definitely aren’t cake, but this one is. If you’re looking for something less sweet, I have a recipe for sourdough banana bread where the only sweetener is the bananas themselves. I also have a breakfast banana bread, which is sweetened a little with honey, but not too much.

As per usual I didn’t follow the recipe exactly. I altered quantities and made a few additions. Over the years I’ve made a number of adaptations, but I reckon I now have it honed to perfection.

I use wholemeal flour rather than plain. But that goes without saying.

The first time I made this muscovado banana cake, I used a bar of Green & Black’s butterscotch chocolate that I’d been saving up for just such an occasion. Butterscotch and bananas make natural bedfellows and I couldn’t see how this would do anything but add to the final sumptuousness. Nigel’s recipe calls for dark chocolate. 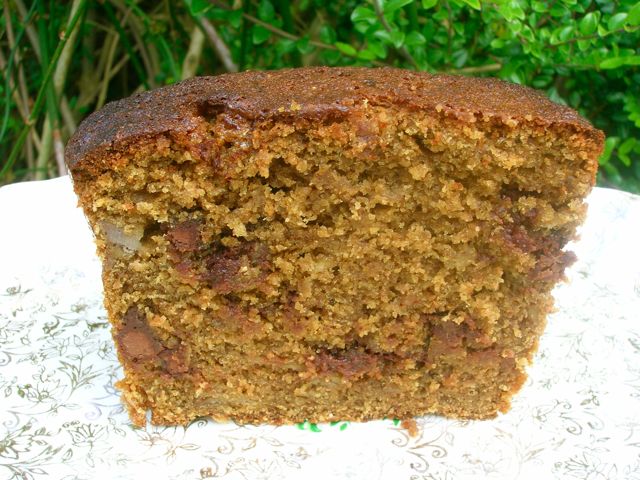 I was so right about using the butterscotch chocolate though. It elevated a good banana cake into the hoped for heights of unputdownable deliciousness. It was moist, tasted of bananas, but had a rich caramel flavour. The bottom notes of banana really allowed the butterscotch to sing. And it accentuated the more nuanced tones of the muscovado.

The downside of all this of course, was that this particular banana loaf didn’t last anywhere near as long as some of its predecessors. As CT put it it, “it was a victim of it’s own success and had it coming”.

These days I prefer to add raisins to my muscovado banana bread. They’re not quite as sweet as butterscotch chocolate and not quite as overwhelming as dark chocolate can sometimes be. 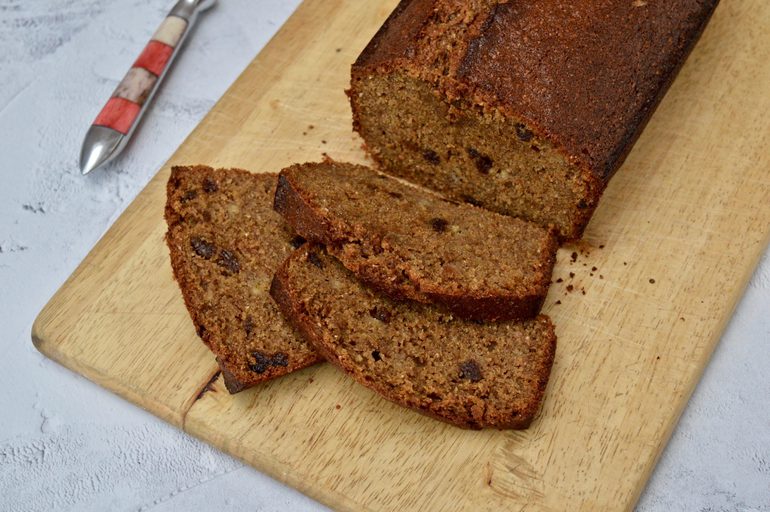 I soak them in a little vinegar beforehand – when I remember. I find that adding a some vinegar and bicarbonate of soda to the mix helps the cake to rise. The vinegar also gives the raisins a bit of pizazz which add to the overall act of contentment in eating the cake.

For other recipe ideas to use your rapidly browning bananas, take a look at my banana recipes. I have quite a few of them including some vegan ones. And they’re not all in cake form, honest.

Thanks for visiting Tin and Thyme. If you make either version of this muscovado banana bread, I’d love to hear about it in the comments below. Do share photos on social media too and use the hashtag #tinandthyme, so I can spot them. 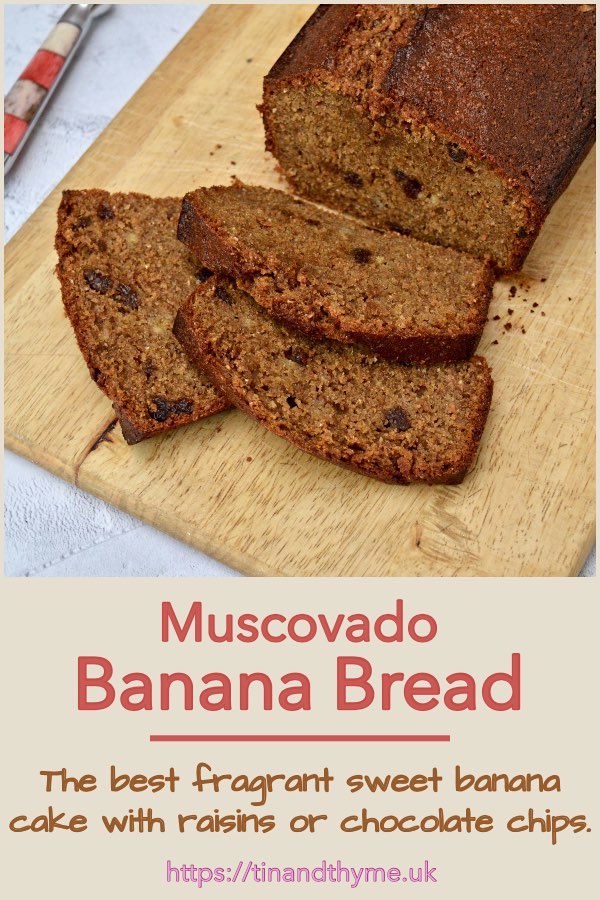