Despite their name, Viennese whirls are a classic British biscuit. These chocolate Viennese whirls are light, short and buttery. They’re filled with vanilla buttercream and blackcurrant jam and they’re not as difficult to make as you might think. They’re just the thing for posh tea parties but also make a lovely Christmas gift.

Just in case you hadn’t noticed, Great British Bake Off is back. The whole country is watching, it seems. Last week, the bakers were given Viennese whirls as their technical challenge. Piping is the name of the game for these bakes and I hate piping. It was time for me to move outside of my comfort zone, however. Of course I had to do something a bit different, so I give you my Chocolate Viennese Whirls.

Every week of the Bake Off, I tell myself I’m going to try my hand at one of the bakes, but time doesn’t seem to work in my favour. I didn’t manage a single one last year. The first week’s technical challenge was Jaffa cakes. These are one of CTs favourites, so I really will try and give them a go at some point. Meanwhile, I’m rather impressed with myself for trying chocolate Viennese whirls. 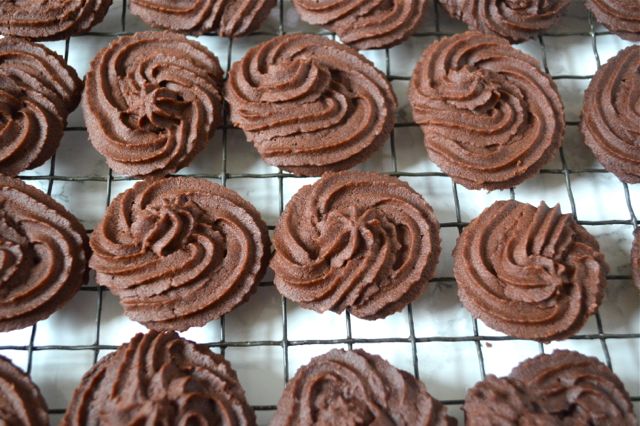 I hunted through my various cookbooks and found several recipes for Viennese whirls. But they were all completely different. The only common denominator I noted, was that they all contained cornflour. I ended up devising my own recipe, but managed to forget the cornflour. Despite this, my chocolate Vienese whirls were light, short, chocolatey and delicious. They not only melted in the mouth and tasted just as they should, but they retained definition too. Whirly wonderful. 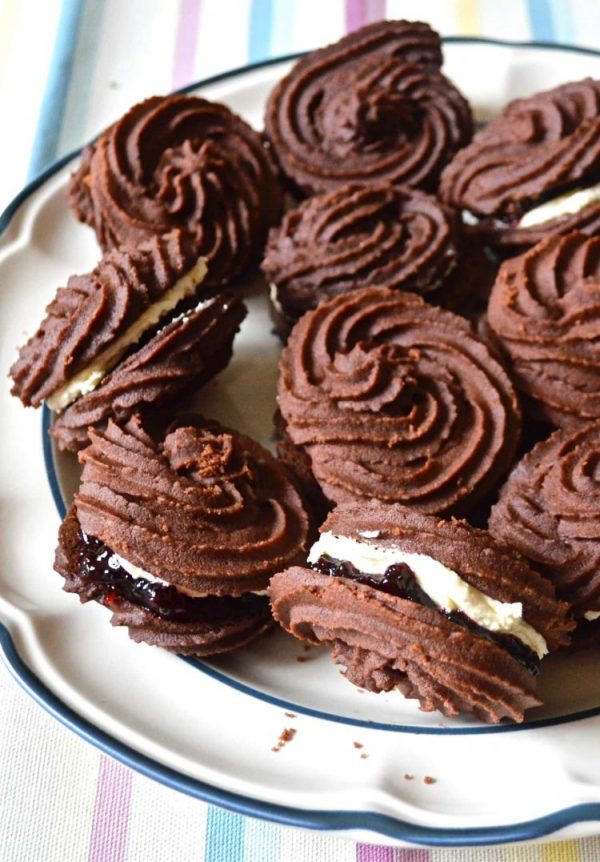 Once the trauma of piping was over, the rest was a simple case of making some buttercream and sandwiching the biscuits with it, together with some of my blackcurrent chilli jam. I suspect Mary would have dubbed them “informal” on the presentation front, but I was thrilled.

Thanks for visiting Tin and Thyme. If you make this chocolate Viennese whirls, I’d love to hear about it in the comments below or via social media. Do share photos on social media too and use the hashtag #tinandthyme, so I can spot them. For more delicious and nutritious recipes, follow me on Twitter, Facebook, Instagram or Pinterest. 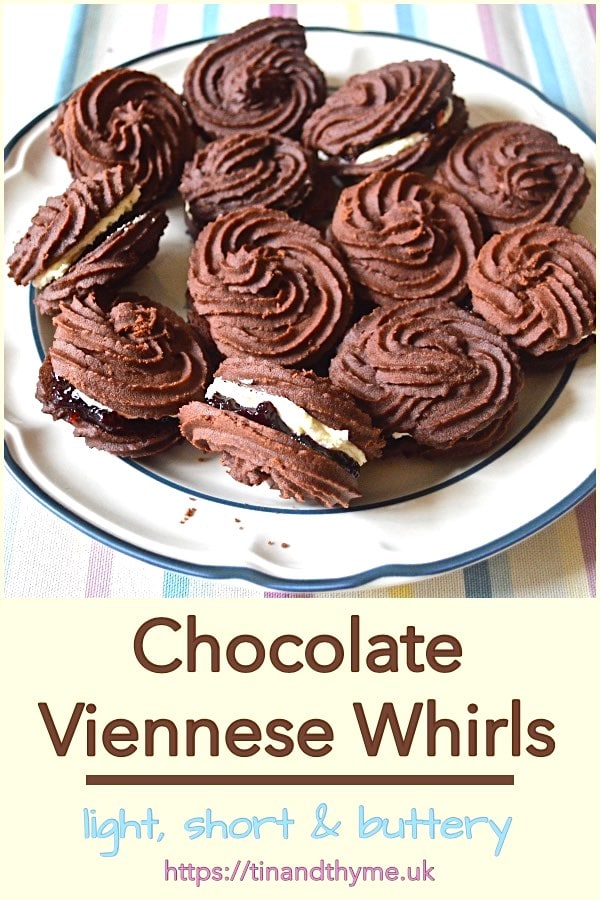 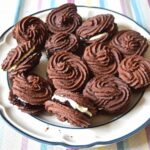 If the whirls are not placed in the fridge, they are more likely to spread and lose their definition.
Please note: calories and other nutritional information are per serving. They're approximate and will depend on exact ingredients used.

These chocolate Vienesse whirls are my entry to this month’s We Should Cocoa.

I’m also joining in with this week’s Great Bloggers Bake Off 2016 hosted by Mummy Mishaps.