Not So Jammy Dodgers with Hazelnut Mascarpone 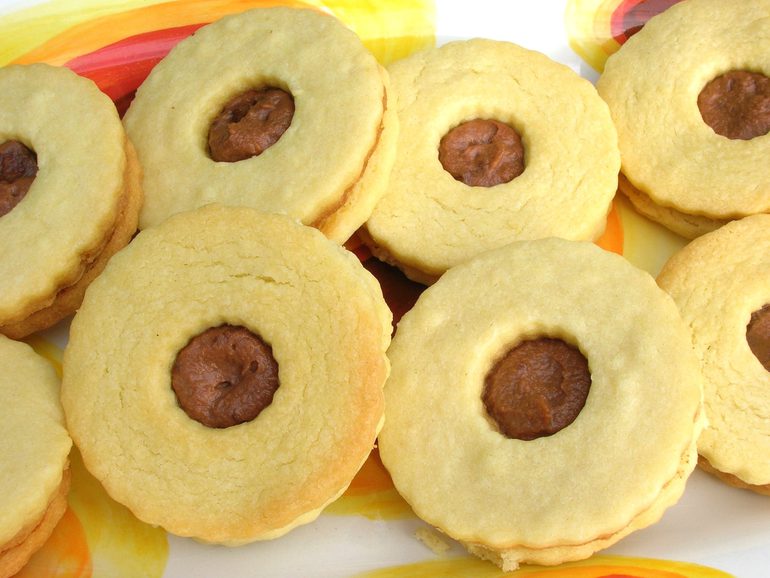 Short and sweet these not so jammy dodgers are a real delight. Also known as Anglesey cakes, they’re shortbread biscuits filled with a layer of jam. Or, in this case, a hazelnut mascarpone spread. Although there are some jam ones too.

An embarrassingly long time ago now, I was delighted to find I’d won four copies of Baked and Delicious (#2-#5) along with accompanying silicone bakeware from Baking Addict’s blog The More Than Occasional Baker. Thank you Baking Addict and I’m sorry it’s taken me so long to post about it.

As I’ve said on more than one occasion, silicone has revolutionised my baking life. No more wasted paper and no more faffing around trying to line tins with little patience and lots of frustration. So, I was very happy to welcome a few additions to my small, but growing collection: a loaf pan, a quiche case, two small heart shape moulds and a spatula.

Not to sound too greedy, a ring mould is next on my wish list, although I’d quite like some Madeleine moulds too. Update. It took a while, but I got those Madeleine moulds in the end and they are brilliant. I’ve used them a lot, but these chocolate chilli madeleines were my first foray into this particular branch of French patisserie. 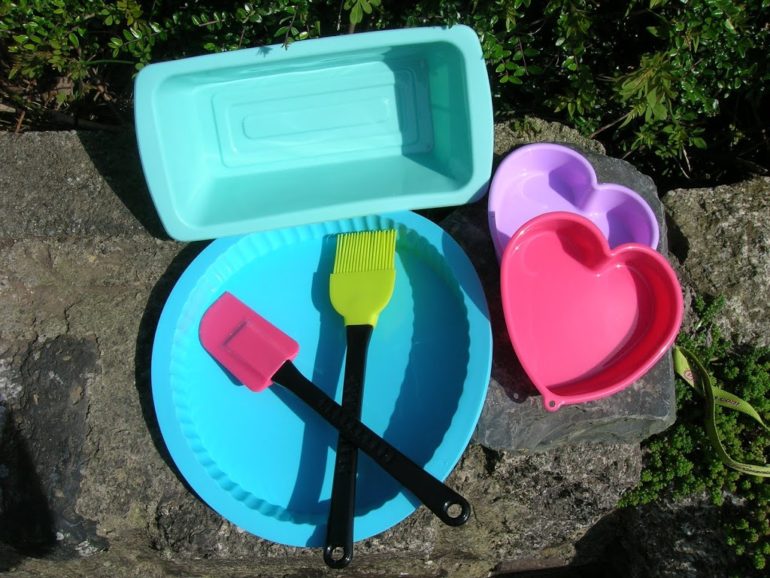 Times must be hard for the food publishing industry; along with issue #5 was a note saying that this was to be the last Baked & Delicious issue for the time being. Read into that what you will. Rather sad for those who were keen to build up a collection though. Confusingly, their website seems to suggest otherwise.

For an alternative take on Baked and Delicious, see Maison Cupcake’s review. You may also want to check out Kitchen Butterfly’s guide to silicone bakeware.

There are several things I’m keen to bake from Baked and Delicious. But the first picture to catch my eye was a lovely jammy dodger, otherwise known as Anglesey cakes. For those not in the know, these are shortbread biscuits which you sandwich together with jam – raspberry jam in this case with a little window in the top to view the shiny red stuff. On Anglesey, apparently, the children used to sing their way around the local houses giving new year good wishes. And if they were lucky they’d rewarded with these biscuits.

Not So Jammy Dodgers

I so wanted to make these, but where was the chocolate? Well of course it wasn’t that difficult to get some chocolate in there. My first thought was to use nutella, but I generally find this rather too sweet. Ha, no problem, with my new found enthusiasm for mascarpone, I would mix the two together to make a yummy chocolatey, hazelnutty creamy filling. So that’s exactly what I did.

Unusually for me, I made these biscuits with 100% plain flour. I felt they somehow needed to look nice and pale. But next time I make them, I shall use my usual wholemeal spelt flour. The original recipe stated self-raising flour, but I didn’t notice that at the time.

I used a five cm cutter and made forty not so jammy dodgers. The original recipe, however, stated forty eight.

The instructions were to sprinkle icing sugar on top, but I didn’t do this as I wanted the window kept clear. 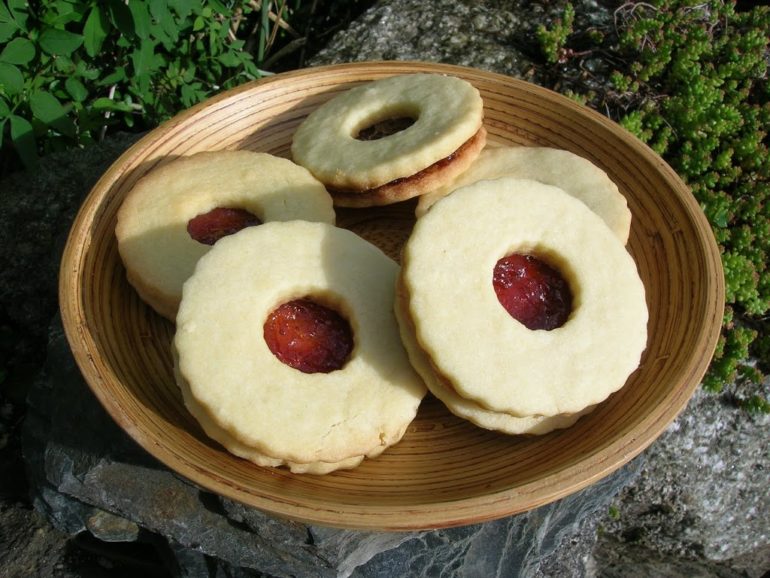 As you may have noticed from the photograph above, I did make a few jammy ones in the end. Strawberry jam took the limelight as I didn’t have any raspberry. I made them for a friend who I thought might appreciate them and very nice they were too. If truth be told, I think I prefer the jammy dodgers to the non jammy ones, even though they’re both delicious.

I don’t know what these would have been like with a raising agent, but I don’t think they needed it. The hazelnut mascarpone spread was delicious, though still rather sweet and I very much enjoyed finishing off the leftovers.

Perfect as a tea time snack, but great for parties too. A real crowd pleaser.

Thanks for visiting Tin and Thyme. If you make these not so jammy dodgers, or even the jammy ones, I’d love to hear about it in the comments below. Do share photos on social media too and use the hashtag #tinandthyme, so I can spot them. 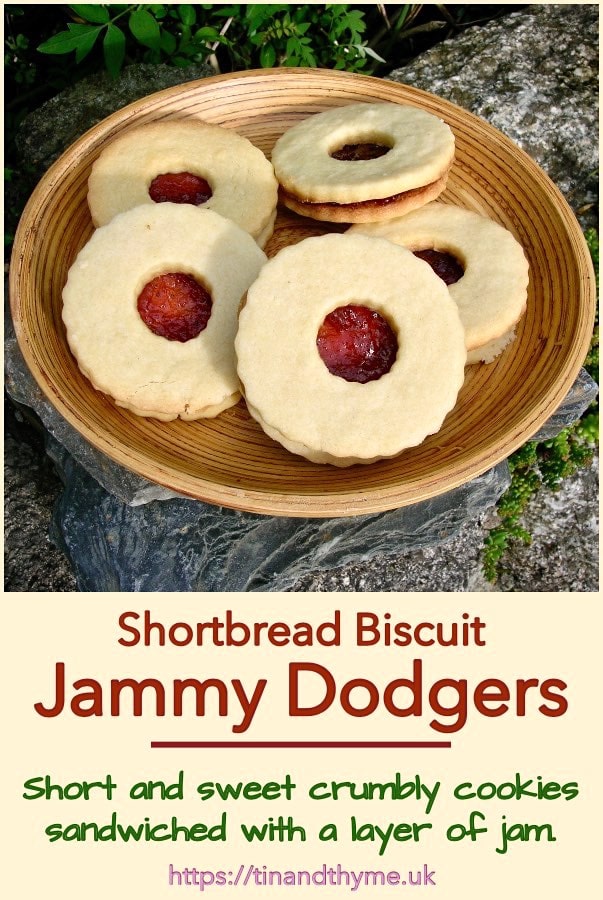 Not So Jammy Dodgers – The Recipe 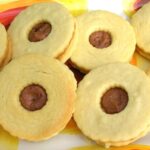 Please note: calories and other nutritional information are per pancake. They're approximate and will depend on exact ingredients used. Sticky blood orange not included.

I’m sharing these not so jammy dodgers with Apply to Face Blog for #BakingCrumbs.