Welsh Pancakes, aka crempogau, are delicious in their own right. Here they’re served with a savoury leek & mushroom chocolate sauce. But you can just as well drizzle them with maple syrup, a sweet chocolate sauce or fruit curd instead.

Occasionally, CT likes to explore his Welsh heritage. When we woke up this morning, he announced, “it’s the 1st of March, St David’s Day. Why don’t we have leeks?”. Well why not indeed. With Shrove Tuesday fast approaching, pancakes were on my mind and I’d been planning to make some for breakfast, so why not make them savoury. In fact, why not go one step further and make Welsh pancakes.

Crempog, as it is known in Welsh, is a small thick pancake resembling a Scotch pancake. It’s less sweet and fatty than its better known American cousin, but is normally served with sugar or golden syrup. Traditionally, Welsh pancakes or Crempogau are cooked on a bakestone, rather like Welsh cakes. Sadly, we don’t have one of those, so a frying pan had to suffice.

CT reckons that the French crèpes and the English crumpet might be derived from the same word as crempog. As it happens, people often serve them on St David’s Day as well as on Shrove Tuesday, otherwise known as Pancake Day. Pancakes used to be made with yeast, but when bicarbonate of soda became widely available in the late 19th century, people switched over as this was more convenient to use.

So, rather than sprinkling our crempog with sugar, I made a leek and mushroom chocolate sauce instead. I had a brand new frying pan and spatula to use for the occasion which was provided by Sainsbury’s. So I was looking forward to seeing how all this turned out. 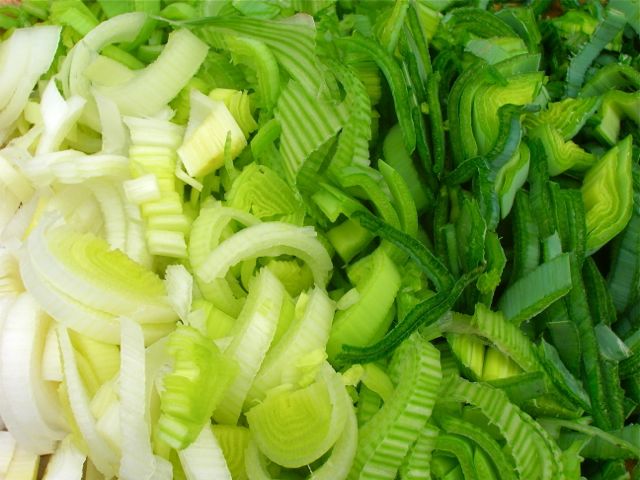 The frying pan worked really well. I only needed a tiny bit of butter and nothing stuck – result! Although I made the crempogau rather larger than I’d intended, we were both very impressed with them. They rose well and were light and tasty.  They were also quite thick. We cut some of them in half and spread with my blood orange curd, which was a very enjoyable way to eat them indeed.

The leek and mushroom chocolate sauce was delicious too and also went very well with the pancakes. This made for a filling and fortifying brunch to set us up for our journey to Cotehele for Graft, Sow and Grow which is on today and tomorrow. Perhaps not the best way to celebrate a Saint who was no doubt into abstinence, but I defy St David himself not to have indulged if presented with a plateful of these crempogau.

Other Pancake Recipes on Tin and Thyme

If you’d like even more pancake ideas, you’ll find plenty of recipes on my Pancakes & Waffles board on Pinterest.

Thanks for visiting Tin and Thyme. If you make this recipe for crempogau, I’d love to hear about it in the comments below. Do share photos on social media too and use the hashtag #tinandthyme, so I can spot them.

I am excited to be entering these Welsh pancakes into Karen’s Cooking with Herbs over at Lavender and Lovage. It’s not often I get to combine herbs and chocolate. The specific theme is rosemary this month, but any herb is accepted so these chives will have to do.

I was sent a Sainsbury’s voucher to buy the ingredients for this recipe along with a frying pan and spatula. There was no requirement to write a positive review. As always, all opinions are my own. Thanks to my readers for supporting the brands and organisations that help to keep Tin and Thyme blithe and blogging.
1
Shares
Share  on Facebook  Share  on Twitter
Tags: leeks, mushrooms