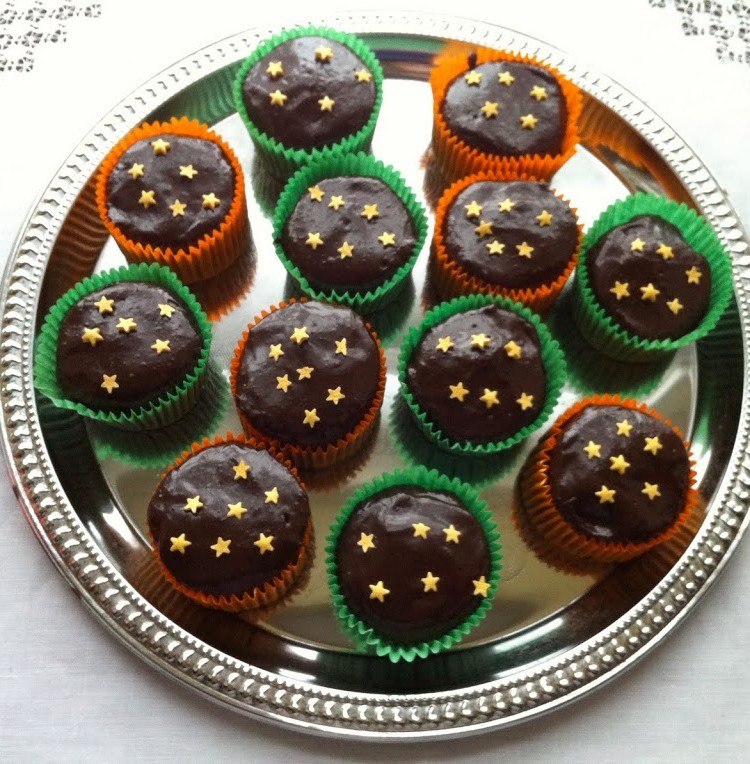 It was a friend’s wedding, so of course I had to make cake – not THE cake, I hasten to add, intricate decorations are not my thing.  So I thought I’d make some cupcakes for the day before the big event when friends and family would be arriving in droves.  As the courgette season was in full swing, we had a veritable stock pile of these amazingly prolific veg – green and yellow both.  So in addition to a few of these tied up with a bow as part of the wedding present, courgette had to find its way into the cakes somehow.  I hummed and hahed and looked at a few recipes.  My aunt had recently sent me a link to the Good Food version of a chocolate and courgette cake, I had a look at the one in my Green and Black’s book, the one over at Browniville Girl and the vegan one I made a few weeks ago.  These all went into the melting pot with an extra addition of chilli and came out as these Chocolate, Chilli, Courgette and Cinnamon Cupcakes – C4. 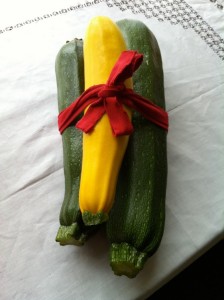 Luckily there was enough left over to make an additional mini loaf or I wouldn’t have managed to taste these and in the interests of quality control and reporting on my blog, I do like to try things where possible 🙂  I was slightly concerned about the level of chilli heat – not everyone has chilli sauce on their toast for breakfast, but on tasting, it turned out to be just right, a perceptible warmth that would have been quite hard to identify without prior knowledge.  Presentation was sorted by a brilliant tip from CityHippyFarmGirl to check out charity shops for suitable containers to present food gifts in.  Although not quite what I had in mind, the silver tray I found showed off the cupcakes effectively although it’s hard to tell from the photograph which is by no means one of my best!  These were really rather yummy and I tried not to look too pleased with the positive feedback I received.