A delicious adaptation of the classic Middle Eastern breakfast dish. This chocolate shakshuka replaces the poached eggs with goat’s cheese and there’s a little dark chocolate for extra depth and flavour. It works surprisingly well.

When Ethel the Goat first came into my life and tempted me with the #capricornchallenge, I was really excited at the prospect of creating some savoury chocolate and goats cheese dishes. When the hamper arrived full of good things, including olive oil, onions, peppers, tomatoes, thyme and goat’s cheese of course, the very first thing I thought about was a chocolate version of shakshuka. 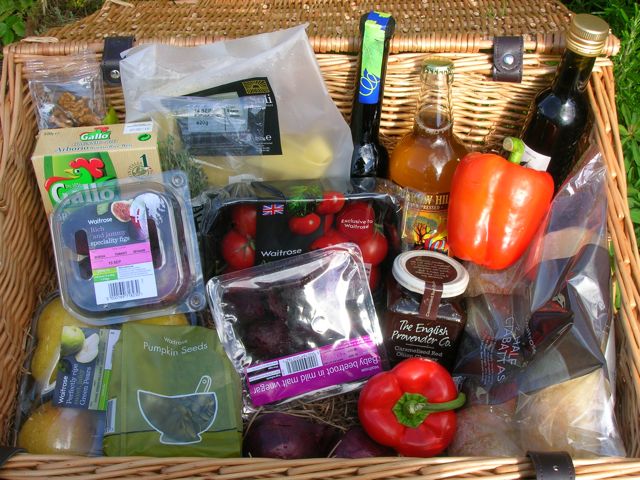 Shakshuka is a North African dish which is purportedly the precursor to the Spanish Omelette. It’s a dish of onions, peppers and tomatoes topped off with poached eggs and is really delicious. It’s usually eaten for breakfast. This together with Megadarra, a Middle Eastern rice and lentil dish is a staple in our house, especially if we have friends or family eating with us. I first had it when I was living in Egypt and immediately fell in love.

Much as I love a good classic shakshuka, however, I really wanted to try it with chocolate. Well why not? As goats cheese was the challenge ingredient, I substituted this for the eggs and thus Chocshuka was born.

We ate the chocolate shakshuka, scooping it up with ciabatta bread and it was even better than I was hoping. The chocolate added a certain richness and depth, without turning this flavoursome, colourful and inviting dish into the vegetable equivalent of Nile mud.

Thanks for visiting Tin and Thyme. If you make this chocolate goat’s cheese shakshuka, I’d love to hear about it in the comments below or via social media. Do share photos on social media too and use the hashtag #tinandthyme, so I can spot them.

If you like this meal idea, then why not have a look at some of the other recipes in my Flavours of the Middle East series. 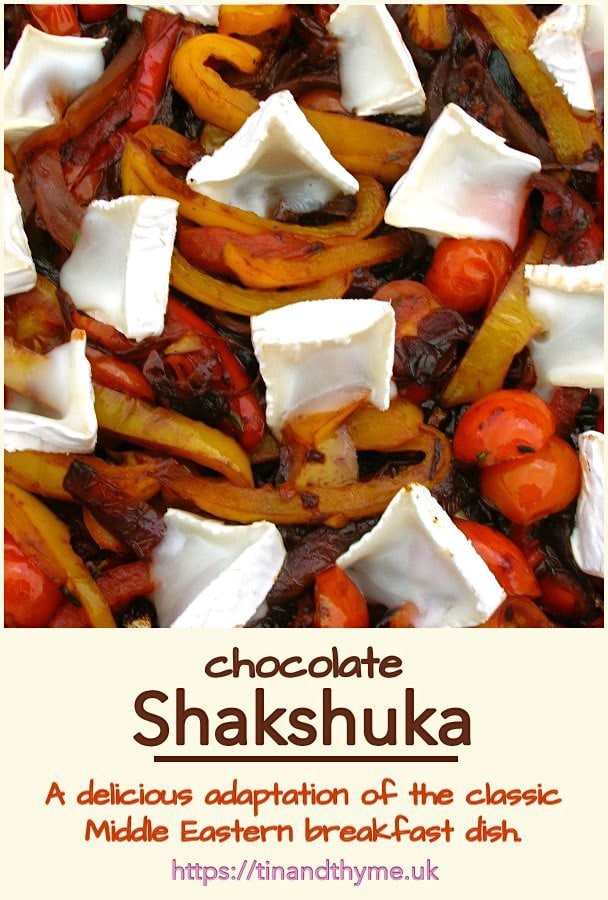 Serve with bread for a quick meal or rice for something a bit more substantial.
For a special occasion, increase the quantity and serve with megadarra.
For a classic version crack a couple of eggs over the top, five minutes before dishing up.

Thanks to Capricorn for the ingredients they sent in order to make a recipe. They did not expect me to write a positive review and all opinions are, as always, my own. Thanks also for your support of the brands and organisations that help to keep Tin and Thyme blithe and blogging.