This recipe for an easy Spanish tortilla has less fat and creates less mess than the traditional. It uses very few ingredients and makes a mighty fine summer brunch, lunch or picnic with a crisp green salad. Although it’s made with little more than new potatoes, slow cooked onions and eggs, it’s irresistible.

New potatoes are truly wondrous things and need to be made the most of whilst in season. These British Gems baby new potatoes from the Sainsbury’s Taste the Difference range are sweet and buttery. They’re just how I remember new potatoes tasting back in the day. The variety is Perline and they make it from field to store within 48 hours. They are available @Sainsbury’s from now until August and come loose or in 1 kilo bags. These potatoes don’t need to be peeled, they don’t even need to be scrubbed. A quick wash and they’re good to go. 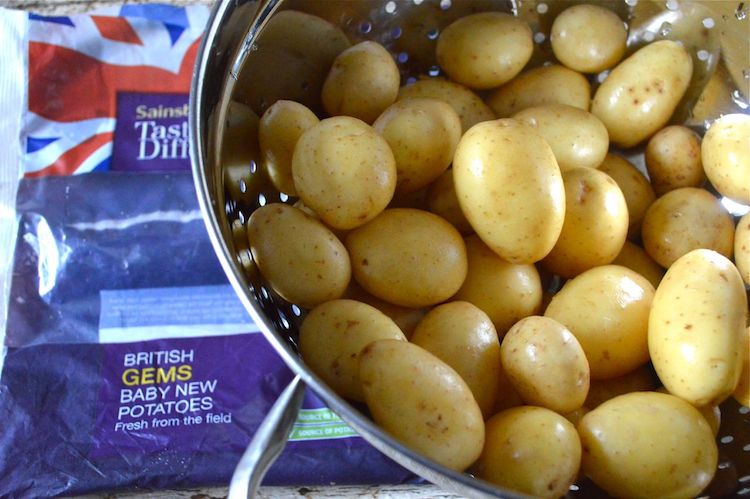 These gorgeous baby new potatoes would be perfect for any type of potato salad. I’ve made one with them already and I’m thinking I might have to try them out in my vegetarian Salade Niçoise next. However, I really wanted to make an easy Spanish tortilla with them and that is what I did yesterday.

Jaca in the Spanish Pyrannees

The best tortilla I ever had was in Jaca, a small Spanish border town in the Pyrenees. A friend and I were hitching down from the UK to Alicante and we were tired, hungry and needing a bed for the night. It was my first (and only) trip to Spain and I was enchanted by the evening promenade where everyone dressed in their best and strolled around the town walls chatting and laughing. In search of food, we found a cosy bar with a large and enticing tortilla sitting on the counter top. Such bliss.

When I boil new potatoes, I just have to add a sprig of mint. It’s a family thing. The scent of the mint wafting around the kitchen as the potatoes cook is just wonderful and it adds a cooling note of freshness when the temperature starts rising. This bit is entirely optional for this easy Spanish tortilla recipe, but mint went into my potato pot. 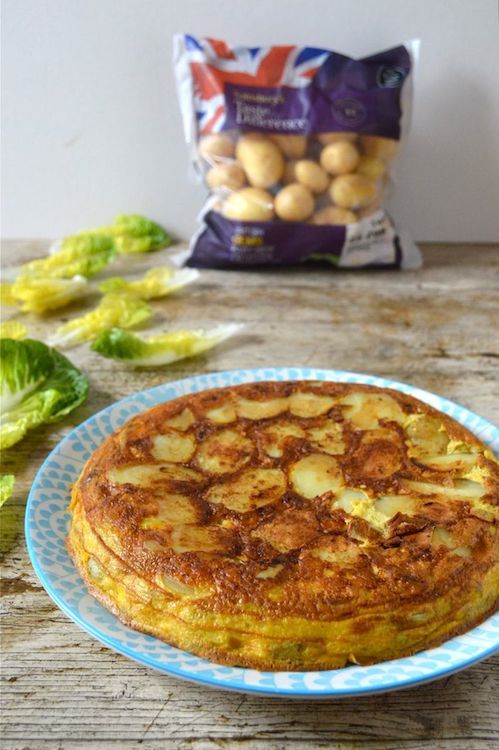 The British Gems (with mint) tasted so good, I didn’t want to overwhelm their flavour; I kept my recipe for easy Spanish tortilla very simple. I only used garlic, salt, pepper and a little smoked paprika as seasoning. Of course the onions help a lot. It’s really important to cook these long and slow so they turn out unctuously sweet. Good things come to those who wait.

This is not an authentic Spanish tortilla, but it’s a very good one. I boiled the potatoes rather than frying them in lots of oil. Boiling the potatoes also makes the recipe easier and less messy as well as a lot less oily. Despite the vastly reduced fat levels, the result was still absolutely delicious – buttery, sweet with a melt-in-the-mouth texture. I put it down to the slow cooked onions and those British Gems baby new potatoes. We had a large slice for supper with a crisp lettuce salad and we’ll be enjoying another slice tonight. Sometimes less is more and if you use the best quality ingredients you end up with an unforgettable eating experience. ¡Me gusta mucho! 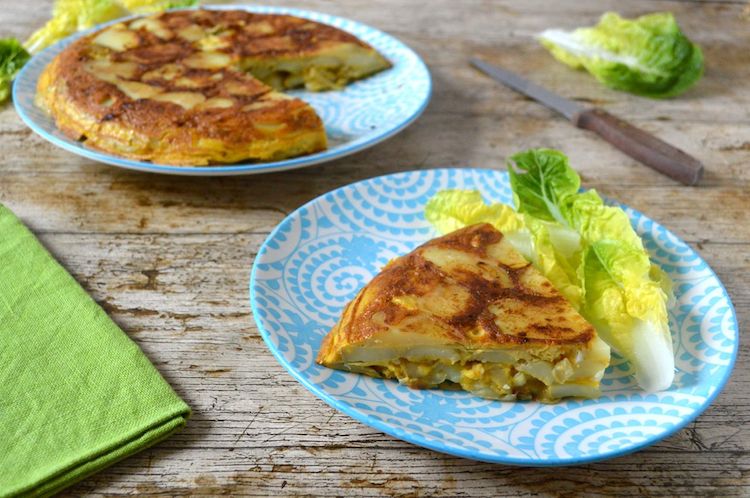 Best served at room temperature. Can be made the day before and kept in the fridge until an hour before serving.

It also goes to #CookBlogShare which is with Recipes Made Easy this week. 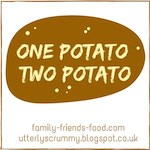 And One Potato Two Potato must not get forgotten with Family, Friends Food and Utterly Scrummy.

This post was commissioned by Sainsbury’s. I was not expected to write a positive review and all opinions are, as always, my own. Thanks to my readers for supporting the brands and organisations that help to keep Tin and Thyme blythe and blogging.