Mulled Cider and Mulled Apple Juice for a Non-Alcoholic Alternative

I’m not quite sure why mulled wine has become such a classic British drink at Christmas. Apple cider is a more traditional beverage after all. I’m as partial to a glass or two of mulled wine as anyone else, but given the choice I’d go for mulled cider every time. It has a lighter, fruitier and more refreshing taste. You don’t need to add as much sugar either. Mulled apple juice can be served alongside or even instead of, allowing drinkers and non-drinkers alike to join in the festive cheer.

At a time of year when it’s cold, wet or grey, a drop of mulled cider or apple juice is warming, cheering and tasty. It also acts as an air freshener for the house, filling it with the scent of fruit and spices. Mulled cider or mulled apple juice are very easy to make, the main thing that’s required is time for the flavours to infuse. Stud an organic orange with cloves, slice some apples, throw in a cinnamon stick, some cardamom pods and a grating of nutmeg and you’re done. A dash of calvados, if you have it to hand, can add to the general merriment. If you’re really pushed for time, you could just use an organic mulled cider spices pouch from Steenbergs.

Let’s get hygge. A glass of mulled cider or apple juice is at its best when accompanied by a mince pie or even a chilli and chocolate mincemeat slice. Christmas has arrived, let the feasting begin.

So how about ditching the mulled wine this year and trying mulled cider instead?

Double or triple the quantities as needed.

If you make this mulled cider or apple juice, I’d love to hear about it in the comments below or via social media. A photo is always good too. For more delicious and nutritious recipes, follow me on Twitter, Facebook, Instagram or Pinterest.

If you like the mulled cider recipe, why not pin it to remind you later? 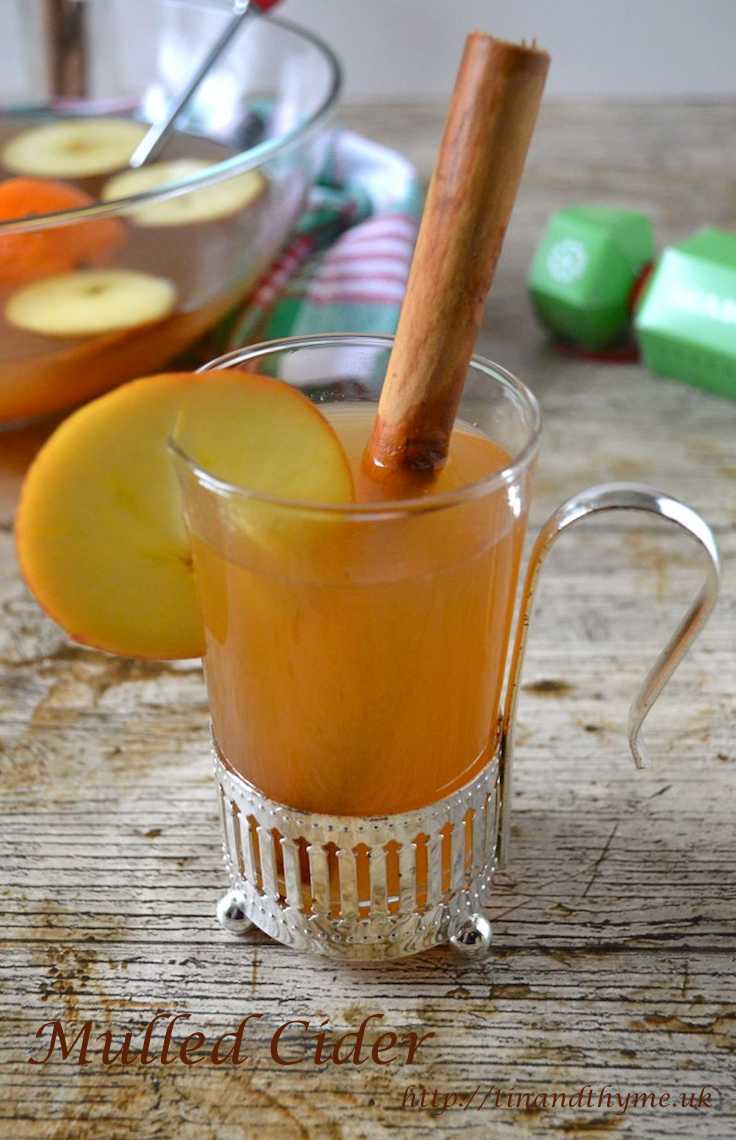 « Previous post link Stir-Fried Brussels Sprouts with Leeks, Ginger, Garlic and Chilli
Cranberry Sauce and What To Do With Your Christmas Leftovers » Next post link