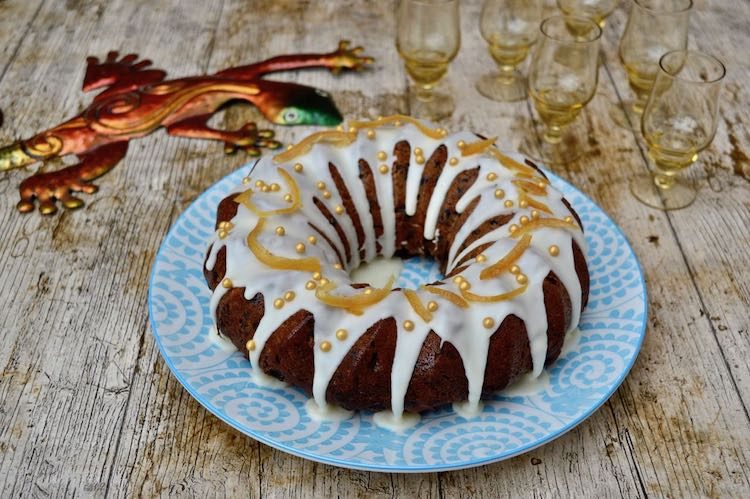 I’ve been following Karen Burns-Booth fabulous food blog, Lavender & Lovage, pretty much since its inception. Now, we have the cookbook, newly published this month, Lavender & Lovage: a culinary notebook of memories & recipes from home & abroad. Read on for my review and a recipe for Earl Grey fruit cake with orange icing.

END_OF_DOCUMENT_TOKEN_TO_BE_REPLACED 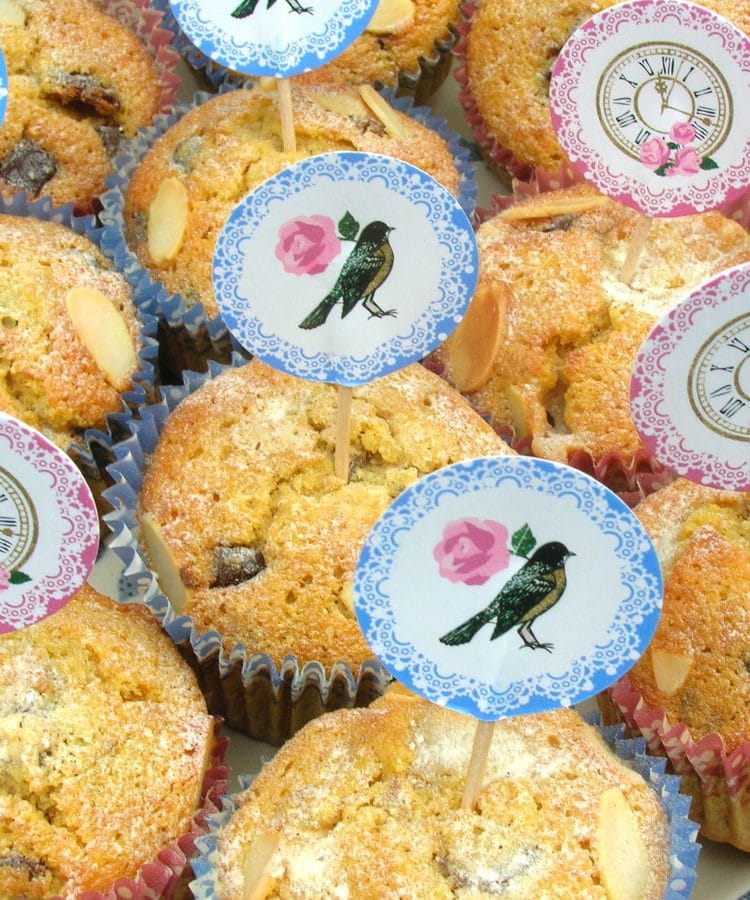 END_OF_DOCUMENT_TOKEN_TO_BE_REPLACED

You can’t go through the Easter period without hot cross buns. They’re traditional! Homemade are, of course, the best. These super delicious choc cross buns are made with a pre-ferment and have a chocolate cross painted on the top.

END_OF_DOCUMENT_TOKEN_TO_BE_REPLACED

Sweet pastries and breads is the challenge for Teatime Treats this month set by Karen of Lavender and Lovage. This event is co-hosted by Kate of What Kate Baked. I thought I had a sweet tooth, but you should see what these two get for tea!

I was going to enter the cinnamon and chocolate buns I made for this tea party back in the summer, but still haven’t posted. But then I picked up my copy of Short & Sweet and there was no looking back. Dan’s top tea cakes were just crying to be made; not only did they use loads of peel (and I had quite a lot of my candied lemon and orange peel to use up), but they also had chocolate in them. Chocolate? Really?

Well, you could of course use beef dripping, but if you’re a vegetarian like me, you can, according to Dan, substitute this with a good quality white chocolate as the cocoa butter gives a softer consistency to the crumb than would butter. It all sounded rather intriguing and I was keen to try it out.

I sort of followed Dan’s recipe, which you can see here, but I used half bread flour and half wholemeal. I also only used 50g currants and I added 150g fresh cranberries cut in half. I used G&B white chocolate and my own mixed peel – which I cut into pieces with a pair of scissors.

I found this rather a lengthy and faffy process and I wasn’t at all enthused by the stickiness of the dough which I found quite hard to work with. I was also rather upset that the tops got burnt, if making these again, I would not bake them at such a high temperature. But I have to say these were the BEST tea cakes I’ve ever eaten. They were also huge. I divided the dough into ten pieces rather than the nine that Dan had stated and they were still massive. This of course was by no means a bad thing, but twelve or a baker’s dozen would have produced a more reasonable size.

So what made them so good? The combination of tangy citrus peel &amp, the tartness of cranberries and the balancing sweetness of the teacake itself. The crumb was deliciously soft just as Dan had promised. CT hates mixed peel, but he loved these tea cakes slathered in butter stating they were possibly the ultimate comfort food.

This was one of the first #shortandtweet challenges, which I now wish I’d done along with everyone else. I shamelessly called for help when I was having problems folding the very sticky dough. You can see the round-up here and get an idea of what better ones than mine might look like.

I’m also entering this into Ren’s commendable Simple and in Season blog event, which is something I thoroughly approve of. Do check out her blog Ren Behan, a title which represents her blog’s contents very well. Having missed trying a piece of the Orange and Earl Grey Cake, I was keen to make another one as soon as possible. I could have made the exact same one and one day I will, but having spotted a recipe for orange cassata cake in Dan Lepard’s Short & Sweet, I thought I’d try that one instead – it did contain chocolate after all! This was a deliciously citrussy cake, but it tasted of real orange, rather than that horrible synthetic taste you so often get with some commercial offerings, which neither CT nor I can abide. It had a good firm, but moist texture and was well risen. With the chocolate in the filling only and all layers containing orange, the orange was allowed to be the star of the show. It’s an orange cake with chocolate not a chocolate cake with orange. The icing was just the right amount to give a welcome addition of sweetness, but not so much as to be cloying. The chocolate in the filling provided a nice contrasting crunch to the sponginess of the cake and the cheese was pleasantly tart and creamy. CT, who is not a lover of peel, remained mercifully silent on the subject of its presence – result!