Every year, I have grand plans of giving lots of home made foodie gifts to my friends and family.  I do usually manage something, but time is rarely on my side and I never create the bounteous hampers that I intend. This year, I still didn’t manage it, but I did do better than I have done in previous years. I will be posting some of the recipes up over the next few weeks, but meanwhile, here are some of my Christmas foodie gifts. 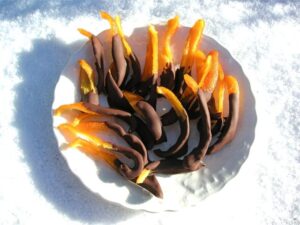 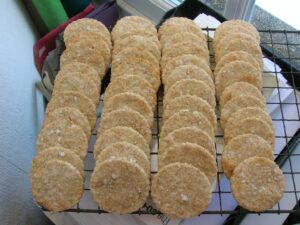 Dan Lepard’s salted oat crackers (which I only tweeked a bit). To go with the crackers, I bought some St Alet cheese – a local hard goat’s cheese that’s won lots of awards. We are very lucky in our part of the country and not only have lots of really good local cheeses, but several that have won major awards. 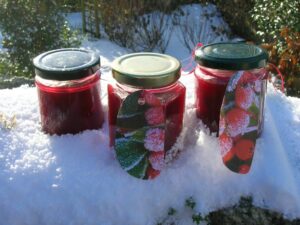 Ginger plain and milk chocolates
As well as cookbooks and chocolate, I was lucky enough to receive some very delicious home made orange brandy truffles, ginger biscotti, cashew nut amaretti, damson liqueur and some Breton grey sea salt.
What home made goodies did you make or receive?
0
Shares
Share  on Facebook  Share  on Twitter