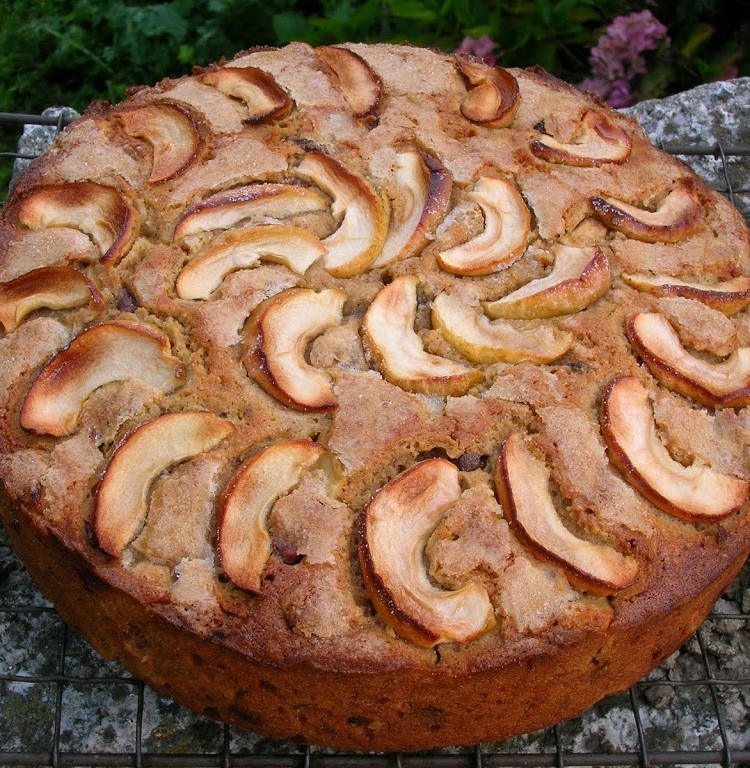 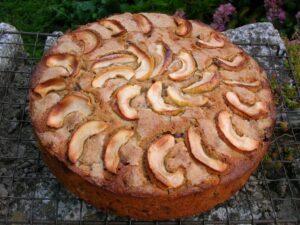 We are just back from a rather damp week spent on the Lizard. For those wondering, the Lizard is not a large scaly reptile, although there is a reptilian link. It’s a peninsula lying at the most southerly point of mainland UK and is made of serpentine rock. It’s actually a piece of sea floor which somehow ended up in the wrong place. The serpentine has unusual chemical properties which leads to a unique habitat, making it a Mecca for botanists – CT was in his element. Despite the fact we only had one morning of sun the entire duration of our stay, it wasn’t as wet as it might have been and we had a lovely time, spoilt only by the fact it passed far too quickly.

Before leaving, the big question was what cake to take with us? On our last stay there, two years ago, I made a well remembered chocolate mayonnaise cake which was not only delicious but lasted the whole week. I needed to replicate the delicious and lasting qualities, but wanted something a little different. In the end, the sheer number of apples I’d been given sealed the deal, it just had to be an apple cake. Leafing through my many recipe books and scraps of paper, I finally plumped for an Apple & Hazelnut cake. I’ve had this recipe for at least 14 years but have never actually made it and where it came from is now lost in the mists of time. I adapted it to include chocolate of course and made a few other amendments along the way, including brandy soaked sultanas. 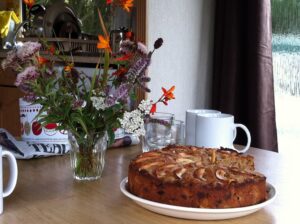 Luckily the cake was delicious and it did last us the week, although with the various other treats we had whilst we were there, we probably shouldn’t have had any cake at all.

Here are a few highlights of our trip in no particular order of merit or occurrence: 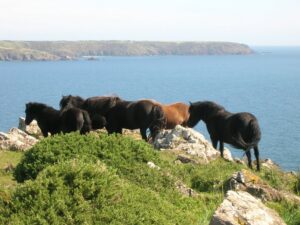 Walking the coastal path on that first sunny morning somewhere near Kennack Sands. 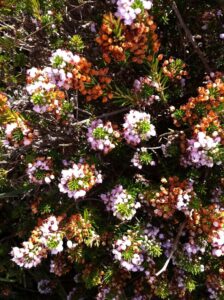 Spotting our first view of Cornish Heath (Erica vagans) this year – no longer at its best but always exciting as the Lizard is one of the very few places that it grows in the UK. 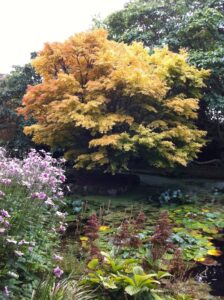 Dodging showers around Trewidden Gardens, Penzance – 1st visit and the most impressive grove of tree ferns we’ve seen in the UK. 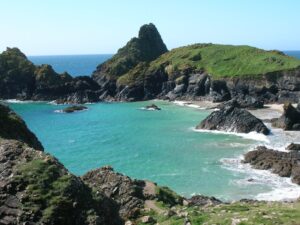 Kynance Cove as we saw it two years ago – this time it was hard to discern through the thick mist. 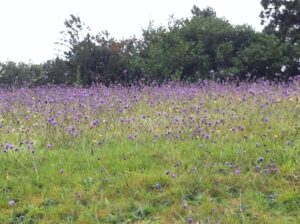 The biggest swathe of Devil’s Bit Scabious either of us have ever seen. 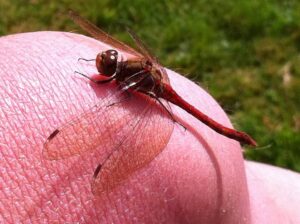 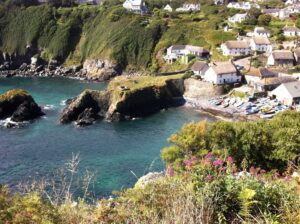 The delightful fishing village of Cadgwith. 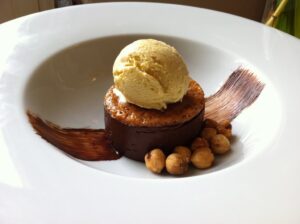