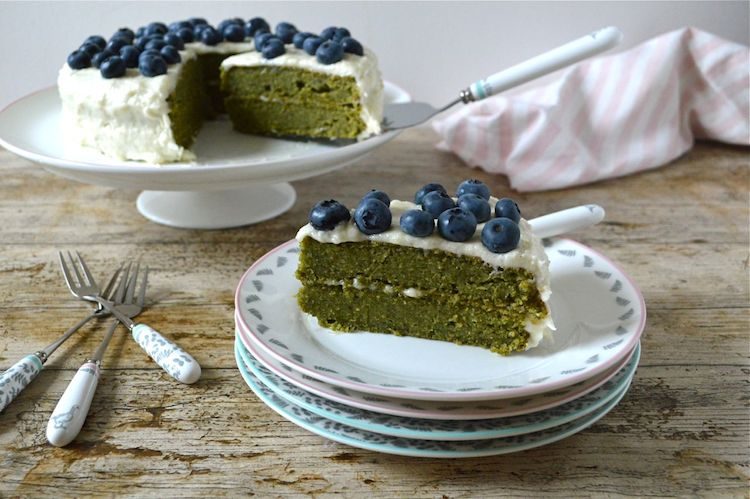 Kale may not be the most obvious thing to put in a cake, but as many of you will know, I’m all for adding nutritious ingredients to my bakes. Flavour and texture are massively important, but I do derive quite a bit of pleasure from a naturally colourful cake. This kale apple cake with apple icing hits the spot on all counts.

Time to come clean: the idea and recipe for this kale apple cake are not mine. They come from the just published and very exciting Veggie Desserts + Cakes: carrot cake and beyond by Kate Keckworthy. Kate is a fellow food blogger who just loves baking with vegetables. She’s won many awards including the much coveted Soil Association BOOM award for Best Organic Blogger.  If she’s not already well known to you, I urge you to follow her blog Veggie Desserts, buy her book, or both. Kate uses vegetables of some kind or another in all of her bakes and desserts. Adding vegetables to bakes is nothing new of course, but Kate takes it to another level and gives us some quite extraordinary and creative recipes. This kale apple cake is her signature bake.

The cookbook Veggie Desserts was published just two days ago, so this post is hot off the press. It’s a hardback with 144 pages of mouthwatering recipes and beautiful illustrations. For those of you who have a sweet tooth like me, but prefer to eat relatively healthily, this book is the business. Who needs food colouring when you can have purple beetroot and vanilla sorbet or green pea and mint cupcakes with rosewater buttercream? The vegetable-dyed rainbow cake sounds so much nicer than the artificially dyed ones that have become so popular recently. Vegetables add flavour, texture and nutrients as well as colour. 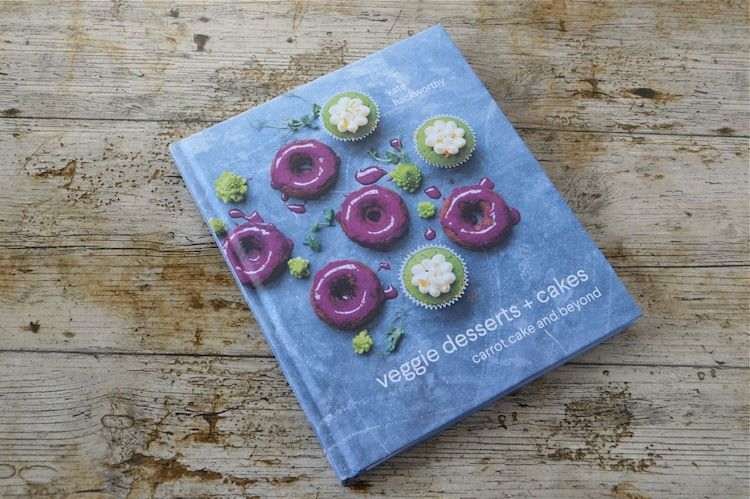 The book has chapters for cakes, cupcakes, cookies, squares & tray bakes, pies & pastries, frozen desserts and more sweet treats. Veggie Desserts is not about sneaking a few vegetables into something the kids might eat, it’s a celebration of the vegetables themselves. It’s a positive dream for someone like me. I’m used to baking with root vegetables, but sweetcorn and white chocolate cookies, chocolate aubergine truffles or cucumber and lemon cake are a real surprise. There are plenty more where those came from. 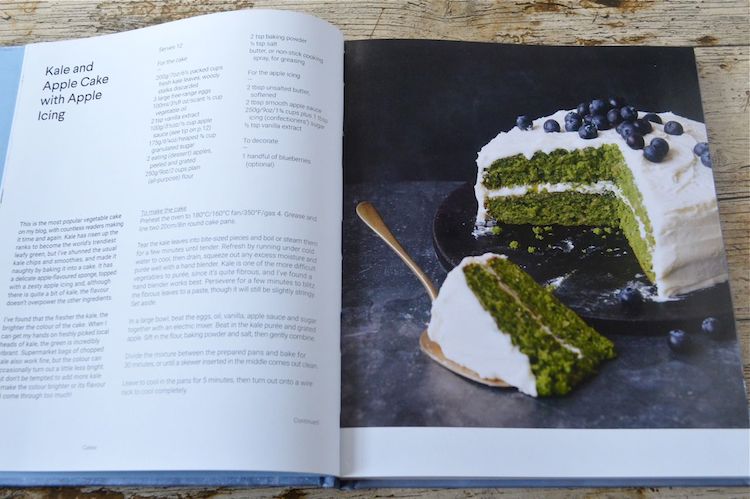 The Kale Apple Cake leapt out at me as just the thing to celebrate CT’s Birthday Cake. As a botanist, green is very much his colour and kale is one of the few veg we’ve actually grown this year.

Head over to Kate’s Virtual Book Launch page to find out what other bloggers have created from the book and what they thought of it.

Kate’s Kale Apple Cake is the most popular recipe on her blog. It incorporates kale to give it a beautiful green colour and it also contains apple puree to cut down on some of the fat and sugar normally used in cakes. I made a brave effort to follow the recipe, but when it came to the flour I just had to use wholemeal. I made a few other tweaks too, but in essence I made Kate’s recipe. Mine turned out to be pudding like rather than cake like in texture which I put down to using some dodgy baking powder. But wow, it was so delicious and I like a pudding texture anyway. 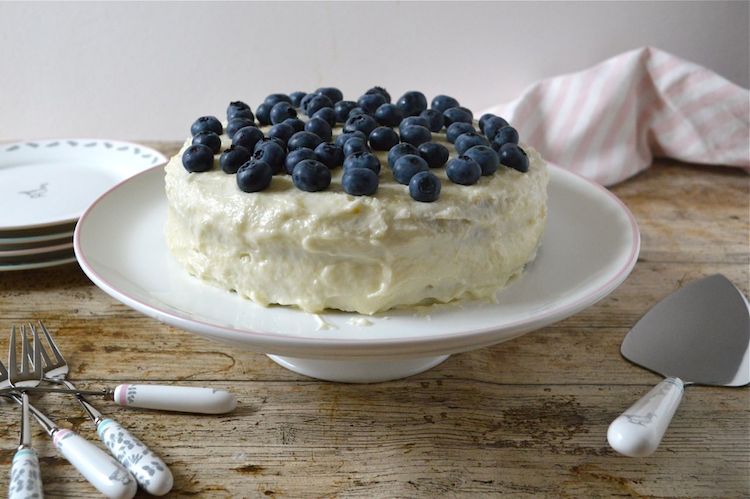 We couldn’t really detect a kale flavour as such, but it did give it a slight umami flavour which complemented the tangy fruitiness of the apple very nicely. The apple icing, whilst rather on the sweet side had a wondrous flavour. And of course everyone was wowed by the vibrant green colour when I cut into the cake. I used our own homegrown kale, so it was super fresh and green. CT was absolutely delighted with his birthday cake – “a real winner” he said. I found the cake kept well for a couple of days, though by day two, a pool of apple syrup had formed on the plate. The recipe below is Kate’s rather than mine. 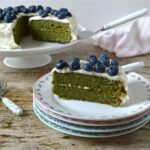 Thanks for visiting Tin and Thyme. If you make this kale apple cake, I’d love to hear about it in the comments below or via social media. Do share photos on your preferred social media site and use the hashtag #tinandthyme, so I can spot them. For more delicious and nutritious recipes, follow me on Twitter, Facebook, Instagram or Pinterest.

I was sent the book for review purposes. Opinions are, as always, my own. The post contains affiliate links. Buying through a link will not cost you any more, but I will get a small commission. This helps keep Tin and Thyme blithe and blogging.