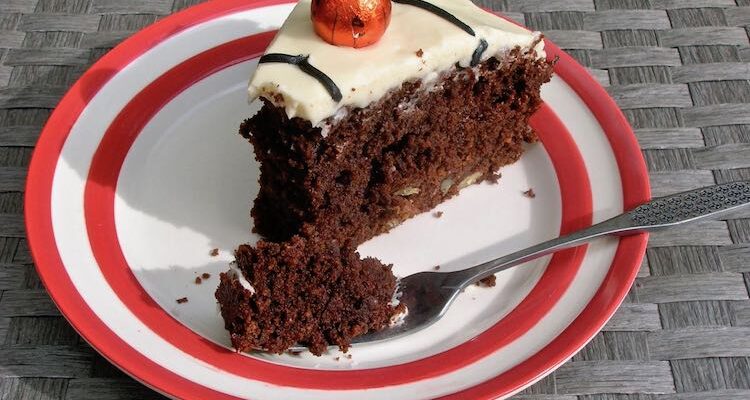 For years I’ve raged against the invasion of the very American Halloween and associated trick or treating; in the UK, we have All Hallows Eve, from which Halloween is derived. Just five days later we have our very own Guy Fawkes Night, with its pagan effigy burning associations – OK Guy Fawkes was a Catholic, but never mind. Well, finally I’ve come to the conclusion that if you can’t beat them you’d better join them and this chocolate pecan pumpkin cake seemed like a good start. In fact I had no choice; this month’s We Should Cocoa theme is Halloween.

For Random Recipes this month, Dom has tasked us with picking a recipe from the internet. His suggestion was to type a theme into the search box and then pick a recipe randomly from the first ten that appear. I was game. To bag several challenges in one, I searched for chocolate and pumpkin, thereby getting We Should Cocoa in as well as Tea Time Treats which has vegetables as this month’s theme.  The recipe that popped up was Dan Lepard’s pumpkin chocolate mud cake – perfect. 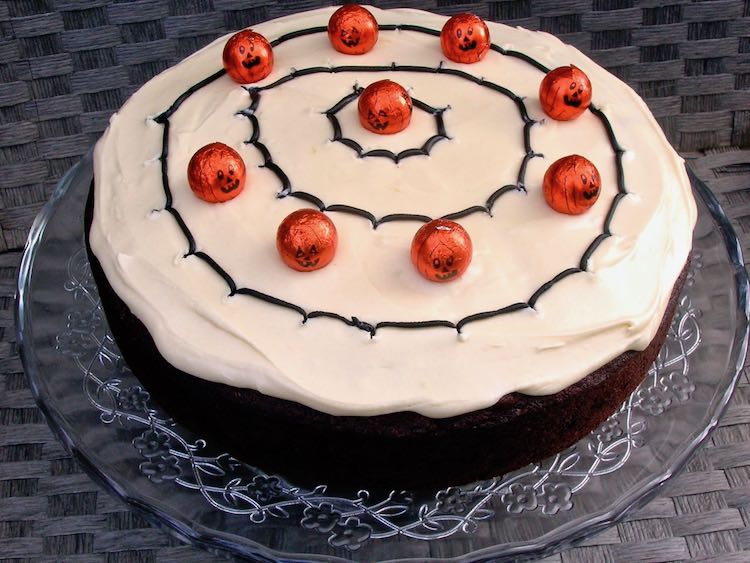 It’s been a while since I made a Dan Lepard recipe, or should I say tinkered with one. As expected, I did change things around just a little. I replaced vanilla with fennel, added coffee to the mix and changed the quantities. As I sometimes do, just so I can tell myself that cake is good for me, I included some maca powder. I also added cream cheese to the icing to give it a bit more character and make it less sweet and sickly.

Adding coffee to a chocolate cake is a really good way to enhance the chocolate flavour. It’s a trick I often use. Vegetables can also work well in a cake, giving moisture and body. Just think carrot cake. Pumpkin or squash is a particularly good one to use as you can see in this almond and squash cake. I’ve also made any number of beetroot cakes, such as these beetroot & orange brownies, nettle cakes, an kale apple cake and an exceedingly good spinach cake. 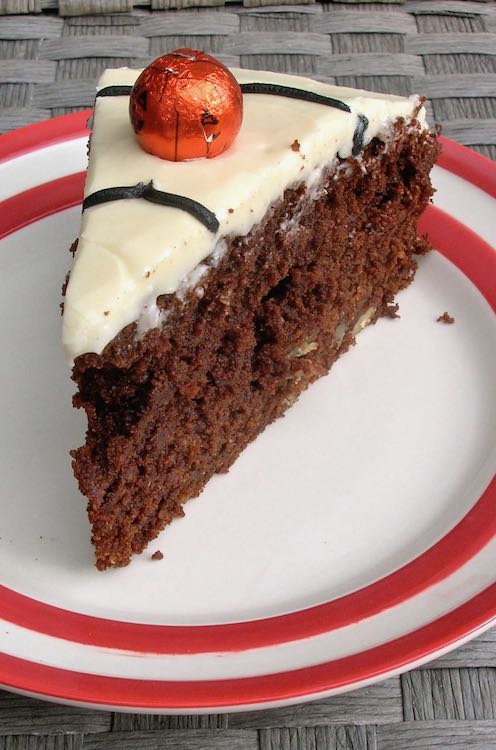 Decorating aside, this chocolate pecan pumpkin cake is really easy to make. It’s just a case of mixing everything together in a pan, then pouring it into a cake tin. The icing is pretty simple to make too. It also feels rather decadent with its tot or two of rum. This can, of course, be left out if children are likely to be around.

The chocolate pecan pumpkin cake was such a success, I shall be making it again for sure. It was soft, light and mousse-like with a welcome crunch from the pecans and the fennel note gave an intriguing, “what is this?” It wasn’t overly sweet, which is good because the icing was. The rum icing may have been sweet, but it was nonetheless delicious and complemented the cake well. An added bonus was that it lasted well over a week and was just as good at the end as at the beginning.

Do let me know if you ever make this chocolate pecan pumpkin cake for Halloween (or any other time). I’d love to see your photos, especially of something a bit more expertly decorated than my own. For more delicious and nutritious recipes, follow me on Twitter, Facebook, Instagram or Pinterest. 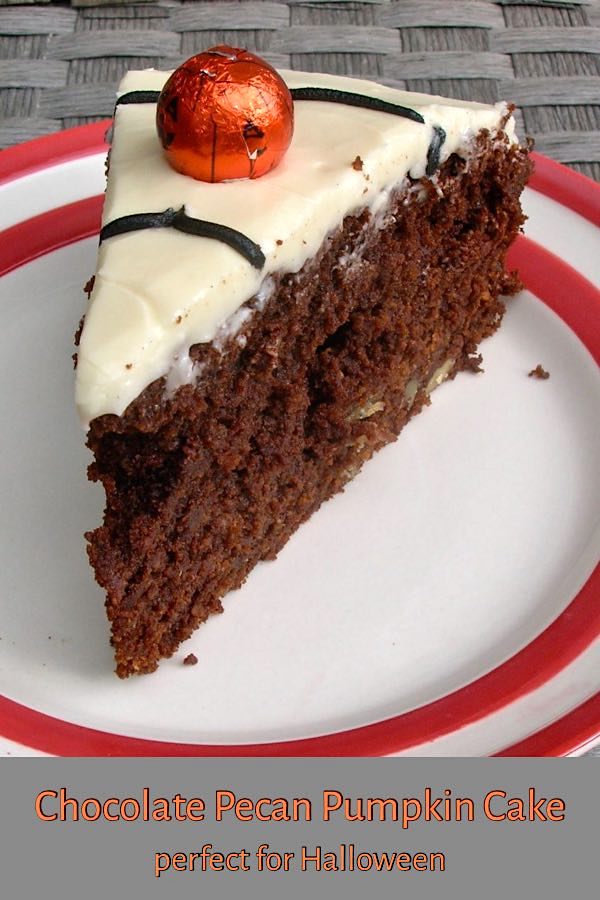 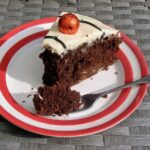 Finally, I’ve given in and I’ve made a Halloween bake. It’s all down to the devilish Hannah over at Honey & Dough, who is guest hosting We Should Cocoa this month.

Random Recipes was the driving force behind this chocolate pecan pumpkin cake with its theme of something sweet, randomly selected from the internet. This is a splendid monthly challenge from Dom over at Belleau Kitchen where we never quite know what recipe we will land up with next.

I made sure to get a recipe containing pumpkin so I could also send this off to Karen over at Lavender and Lovage for her Tea Time Treats. The theme is vegetables this month. This monthly challenge is co-hosted by Jane over at The Hedge Combers.

I reckon, this chocolate pecan pumpkin cake is is just right for this month’s Baking with Spirit over at Cake of the Week. It has rum in the icing and pumpkin in the cake; the theme is autumnal.

Love Cake over at JibberJabberUK is also all about the dark side this month, so I am sending this Ness’s way.

This scrumptious cake has hidden veg in the form of pumpkin, so I’m sending it off to Extra Veg. This is hosted by Fuss Free Flavours and Utterly Scrummy Food for Families.

Finally, a slice of my chocolate pecan pumpkin cake has got to go to Let’s Cook for Halloween over at Simply Food.