9 Festive Figgy Fun Recipes for We Should Cocoa

Well I hope you all had a very jolly Christmas, full of good cheer, lots of chocolate and some festive figgy fun. As some of you may have gathered CT and I both had flu, but by Christmas day we were able to get out for a bit of a stretch on the coast and a clamber down and back up the cliffs to a rather beautiful but awkward to get to beach. There we joined friends for a while, which given that most of my family were basking in Australia, seemed like a fun thing to do.

It seems that figs are not your favourite thing to eat at Christmas as we only had nine entries for We Should Cocoa this month. However the offerings we did have all had my mouth watering and I am keen to try out every single one. Thank you very much to all those who took the time and effort to enter, your efforts are much appreciated. 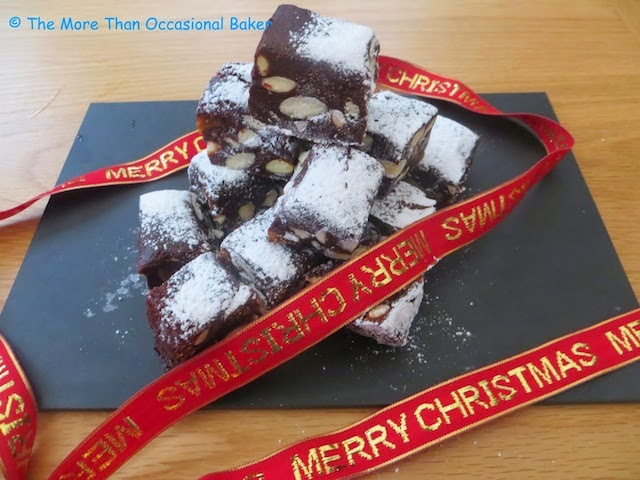 Ros from The More Than Occasional Baker kicked things off early in the month with something I’ve wanted to try making for years and still haven’t managed. Her chocolate and fig paneforte looks delicious and from the feedback she got from her colleagues, who were all clamouring for more, it obviously was. 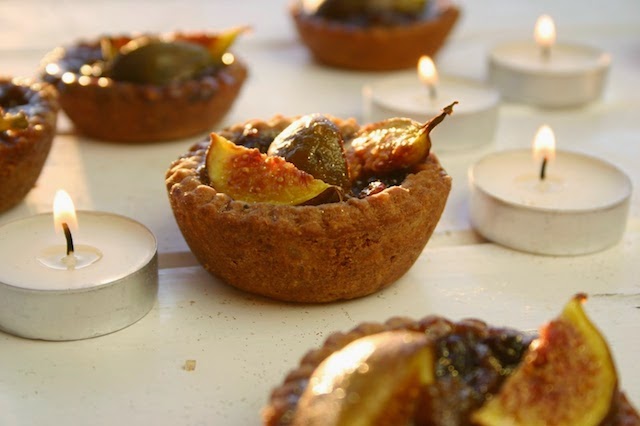 Fig and honey is a classic pairing and it has been used in most of this month’s recipes. Dom from Belleau Kitchen has brought it to the fore with his fig and honey mince pies with chocolate shortcrust pastry. Send some over I say. 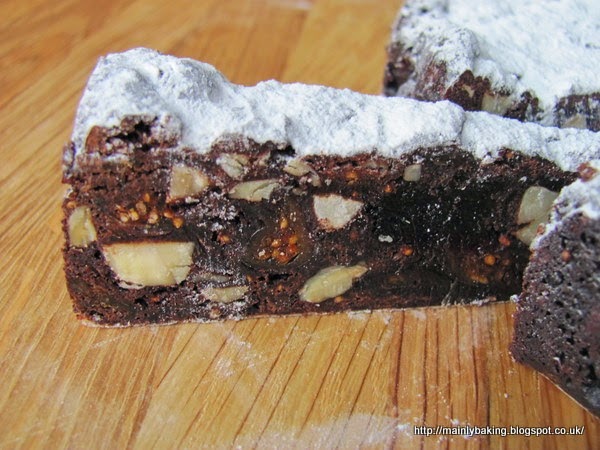 The Italian fruit and nut confection panforte was a popular choice and Suelle from Mainly Baking gave it a whirl too. Her version contained crystallised ginger as well as figs and chunks of dark chocolate. The flavours and spices used in this fig chocolate and ginger paneforte is most definitely Christmas in a cake. 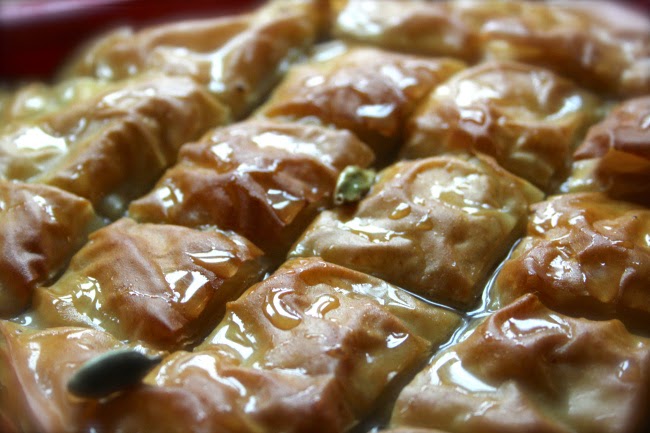 One of my many weaknesses – it’s all the fault of my Middle Eastern genes I’m sure – is for a truly good baklava. Hannah over at Honey & Dough made an aptly festive fig and chocolate baklava with added cranberries and all sorts of good things. Now if only I could try a piece. 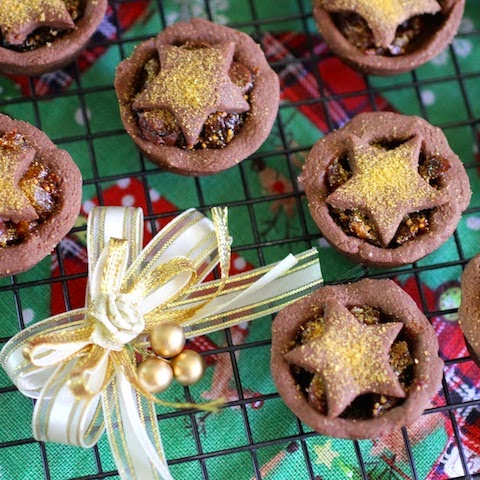 Cute little vegan chocolate mince pies come from Johanna’s Australian kitchen over at Green Gourmet Giraffe. So into mince pie making was she this Christmas that she made three batches – lucky recipients I say. Figs, it goes without saying, were an integral feature. 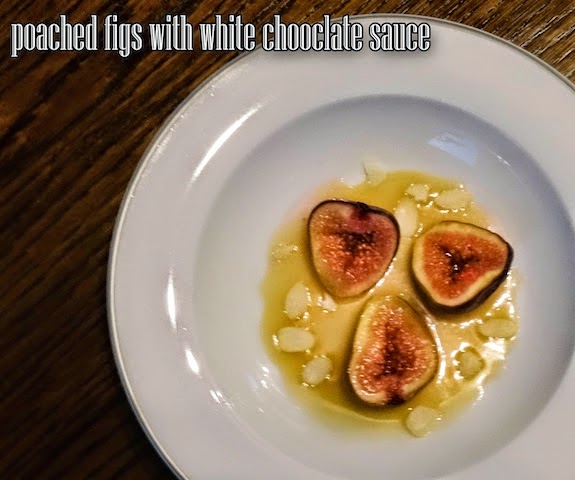 Fresh figs got a look in with this rather different figgy pudding from Janice over at Farmersgirl Kitchen. Her poached figs with white chocolate sauce is a quick but impressive dessert I am now keen to try out next time fresh figs come my way. 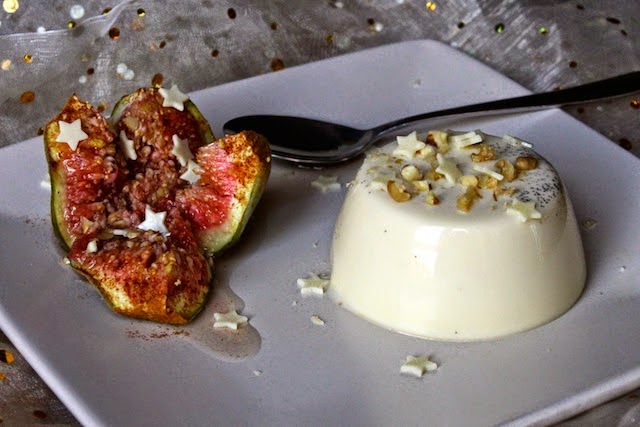 And more fresh figs in this Christmas dessert from Kate at Gluten Free Alchemist. She also pairs figs with white chocolate in this white chocolate panna cotta served with honey-roasted figs & walnuts. As Kate says, this slips down rather easily, even after a heavy Christmas meal. It sounds as though Kate and Janice are onto something with this pairing and I’m wondering why I haven’t tried it before. 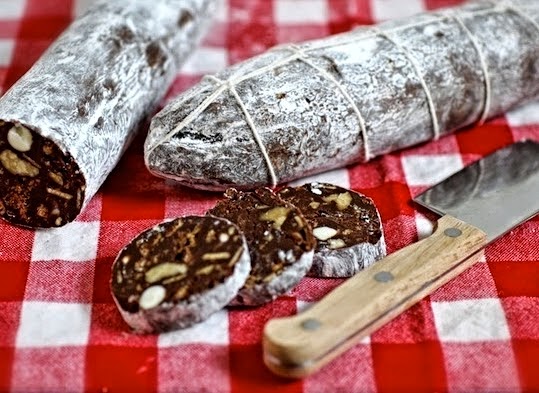 Here comes a wonderful Christmas gift which I would be very happy to receive – are you listening? Cate over at A Travelling Cook brings us this most realistic looking vegan chocolate salami. It, of course, features figs as well as nuts and biscuits.

I just managed to get my entry in before Christmas. I used a Spanish fig and almond wheel along with some of last year’s chocolate mincemeat to make my light but fruity, spicy and boozy last minute Christmas cake. My fig and mincemeat Christmas bundt has proved to not only be totally scrumptious with a great texture, but it is keeping really well too.