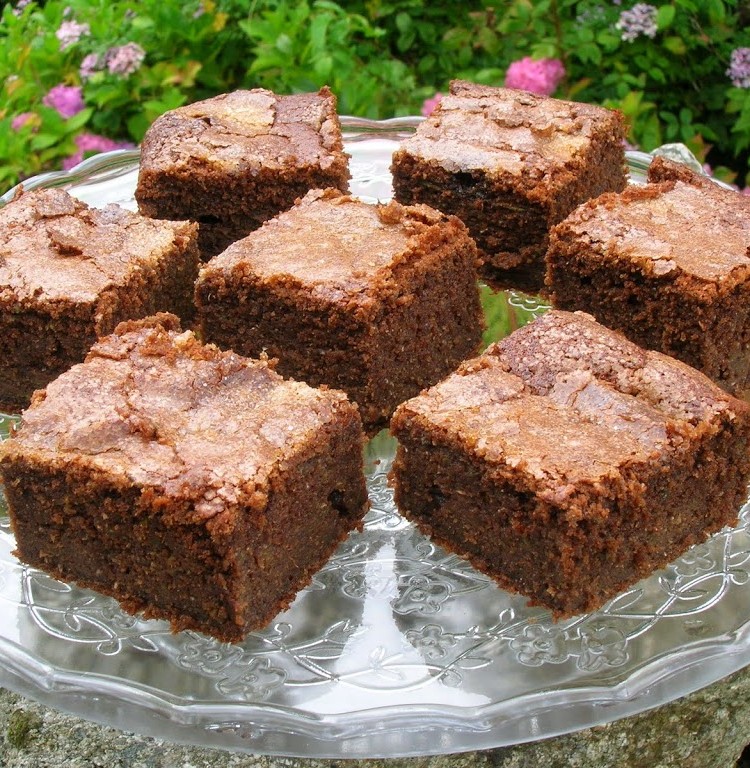 Along with the current glut of courgettes here in the UK, there seems to be a corresponding glut of courgette cake recipes. Guess what? I’m not bucking the trend. It took a while for our courgettes to get going this year, but they are now coming thick and fast. It’s courgettes for every meal at the moment so using them in a cake is merciful relief.

I have made three courgette and chocolate cakes so far and none of them come from the three recipes I have in my cookery books. So, I thought I really ought to start ticking those off. This time I have gone with the one from the Riverford Farm Cook Book. Theirs is a large one and cooked as a tray bake to feed the hungry hordes. We were off to visit friends who were down holidaying in West Cornwall, so something was needed that would a) travel well and b) feed a crowd – admittedly a small crowd, but teenage boys are not renowned for their small appetites. 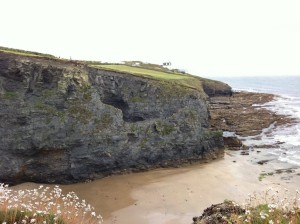 The sugar gave the crunchy top I was hoping for and the cake was moist, tasty and not too sweet. The recipe had advised peeling the courgettes, but I’ve never done that before and couldn’t see the need. As I’d hoped, there was virtually no sign of the courgette. It was only on re-reading the recipe later that I realised I was meant to put an additional 100g of sugar in – no wonder it wasn’t too sweet!!! They were most welcome after an energetic walk along the coast, which despite the thronging crowds in Porthleven was virtually deserted.