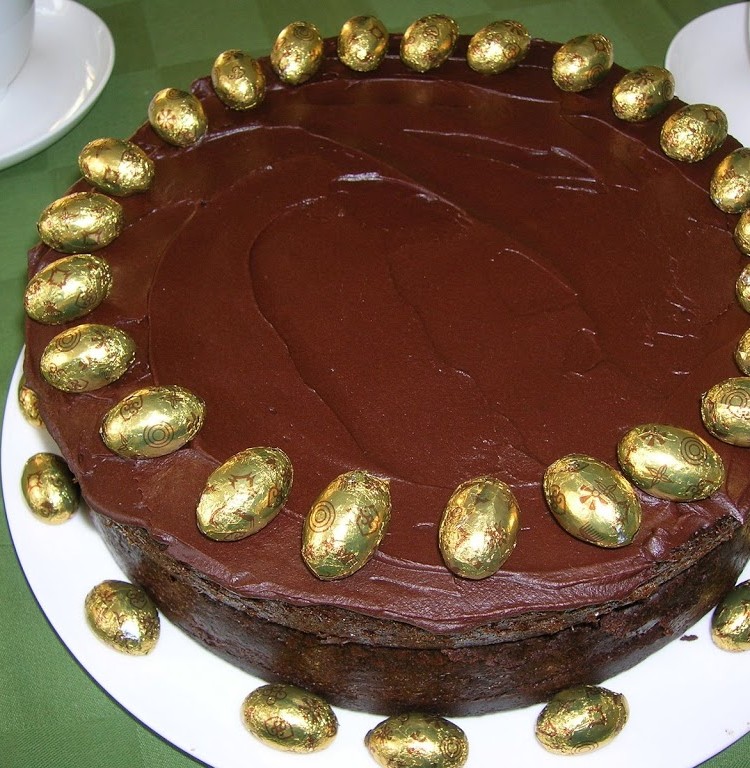 A rich moist cake, which is dark in colour but light in texture. Traditionally a chocolate Guinness cake should be iced with a white chocolate topping, but this one has a dark chocolate ganache with a swoosh of Guinness in it. This works well as an Easter cake, though it’s good at any other time too.

About a year ago, I tasted a chocolate cake made with Guinness.  It was actually on the occasion of my much loved grandmother’s funeral, but despite that, it was delicious. Ever since, I’ve been wanting to have a go at making one myself. I found a recipe for Chocolate Stout Cake in Green & Black’s, and had a go at making it for Easter Tea.

My chocolate Guinness cake didn’t quite go according to plan. This was because there was too much mixture to fit into my biggest cake pan. So I made it into a sandwich cake instead. I then had to think of some sort of filling and topping to use at rather short notice and with no shops open. Oops!

Luckily I managed to make a rather splendid chocolate ganache from butter rather than cream. A glug of Guinness gave it additional depth and flavour. Next time, I shall make a smaller quantity of cake batter so I can bake it as one cake. I’m also keen to try it with a white chocolate topping so as to imitate a frothy Guinness top.

Everyone enjoyed our Easter tea, including the chocolate Guinness cake – phew!

Other Bakes Made With Beer

Thanks for visiting Tin and Thyme. If you make this chocolate Guinness cake, I’d love to hear about it in the comments below or via social media. Do share photos on your preferred social media site and use the hashtag #tinandthyme, so I can spot them. For further book reviews, follow me on Twitter, Facebook, Instagram or Pinterest. 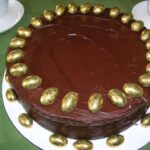