This wonderful recipe came via Zeb Bakes who in turn spotted it on Dan Lepard’s site. Not only did Joanne sell this to me as a “chocolate porridge” recipe, she also made it clear that it was a one pan cake – how could I resist? It’s just taken me rather a while to blog about it. Not having any stout in the house, I substituted a bottle of real ale I had knocking about the place. I also followed Joanne’s suggestion of making a creme fraîche ganache as a topping rather than the sweeter icing in the original recipe. 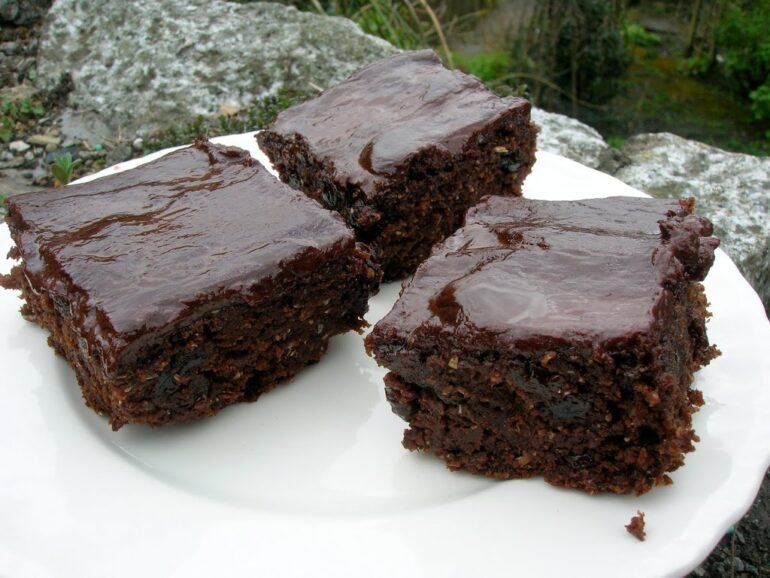 Voted by CT as his favourite cake in a long time, this was rich, dense, chewy, moist and delicious – need I go on? Well, one other thing, it wasn’t too sweet, which is how we both like our cakes (mostly!). Despite the ganache not being quite perfect, it still tasted good and it worked better than I think the original fudgy icing would have done. It lasted well and was just as delicious, if not more so, one week on. As I’m sure the ale will have given a different result to the stout, this gives me a good excuse to make it again. Thank you Joanna.