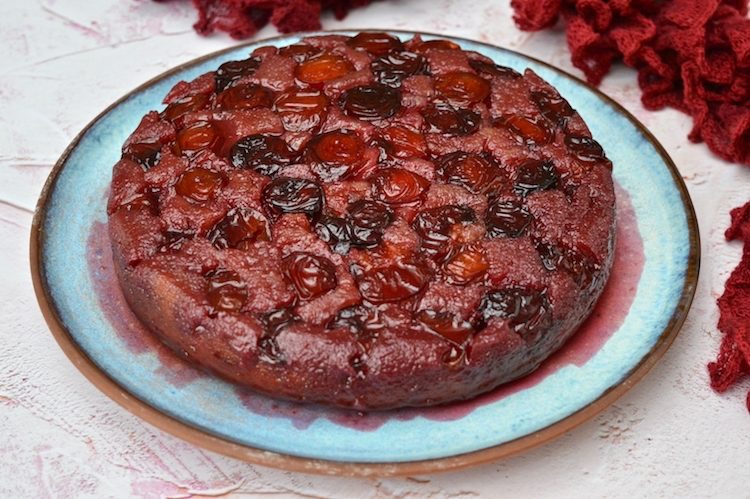 Make the most of autumn’s bounty and tuck into this plum upside-down cake as soon as you can. It makes an impressive dessert with its beautiful purple colour. The cake is at its best served warm, but is almost as delicious eaten cold for elevenses or afternoon tea. Cream or custard are optional.

END_OF_DOCUMENT_TOKEN_TO_BE_REPLACED

Tasty tangy and tart these rose plum yoghurt ice lollies are fruity and refreshing with a hint of rose. Just what you need on a hot summer’s day. If you have a good blender, they’re easy to make too.

END_OF_DOCUMENT_TOKEN_TO_BE_REPLACED

Doesn’t roasted plum parfait sound delicious? Well you wouldn’t be far wrong. It’s a light and fresh tasting summer dessert made with layers of roasted plums and a mixture of yoghurt, cream and lemon curd.

END_OF_DOCUMENT_TOKEN_TO_BE_REPLACED

Beetroot and Orange Cupcakes with a Jammy Surprise 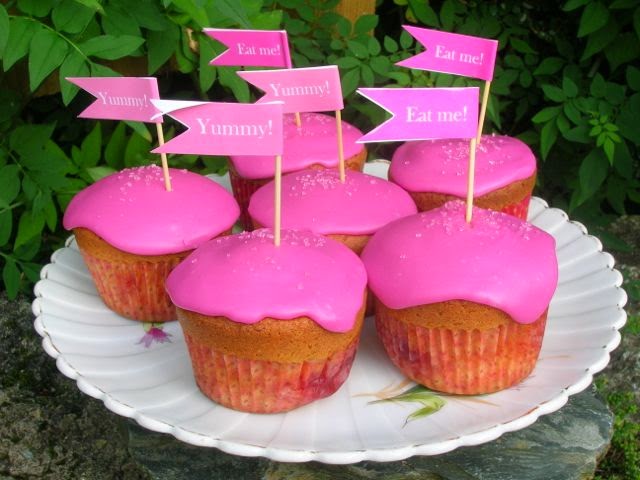 Orange flavoured sponge cakes with a note of cardamom, dyed pink with beetroot water and a surprise blob of plum jam in the middle. They’re topped with a creamy white chocolate and shocking pink beetroot icing. I’ve called them beetroot and orange cupcakes, not so much for the flavour, but for the colour.

END_OF_DOCUMENT_TOKEN_TO_BE_REPLACED 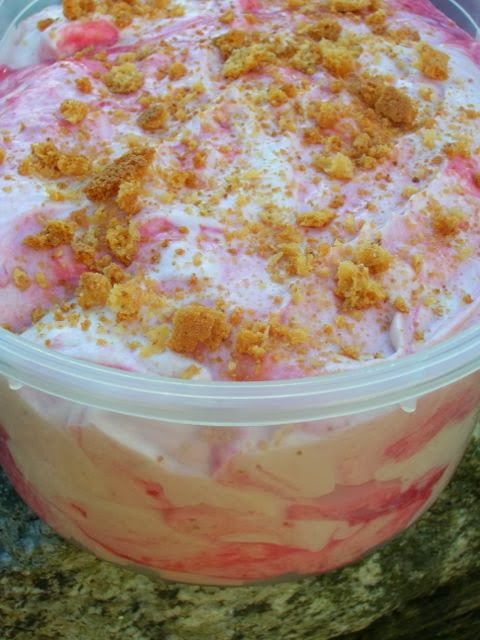 This recipe for plum ripple ice cream with amaretti and white chocolate is so refreshing on a hot summer’s day. It’s also super easy to make. The flavour of the plums are highlighted by almond notes from both amaretto and amaretti. And the tartness of the fruit complements the sweetness of the white chocolate and cream most beautifully.

END_OF_DOCUMENT_TOKEN_TO_BE_REPLACED

A quick and simple traybake, this Victoria plum cake with white chocolate is light, moist and flavoursome. Tart plums contrast deliciously with caramelised white chocolate and a spicy waft of cinnamon.

END_OF_DOCUMENT_TOKEN_TO_BE_REPLACED 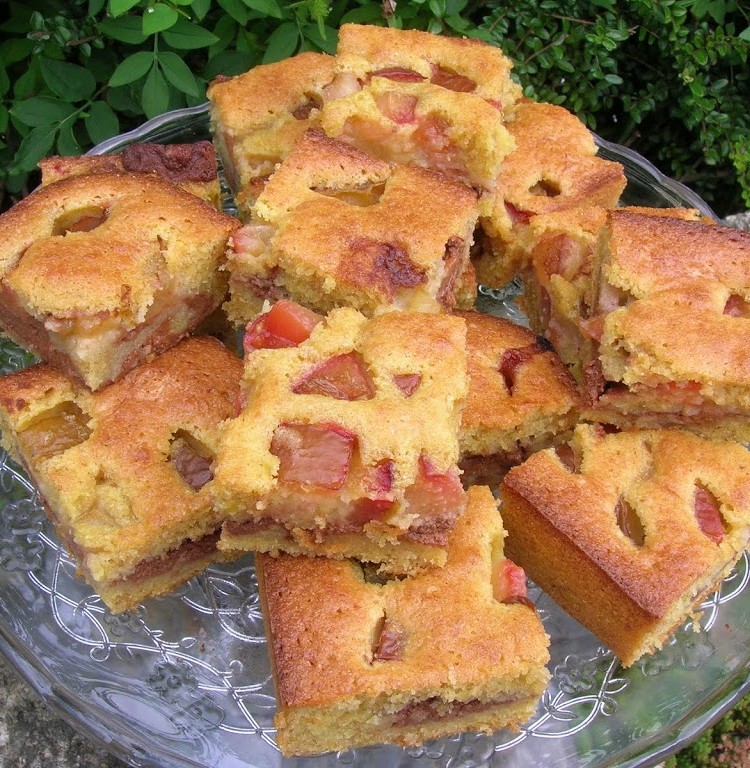 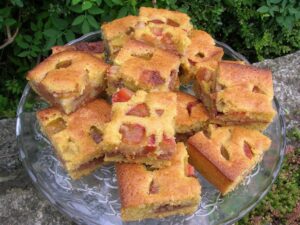 Dom has put a jinx on me. He left a comment about finding my misreading of recipes rather endearing. The cheek of it! Mostly, I choose not to follow the recipe. But ever since he said that, I have indeed misread them and today was no exception! The friends we visited last weekend (who munched through my chocolate courgette cake), gave us a bag of Victoria plums from their holiday let garden – mmmmmm. I wanted to make something a little more interesting than CTs suggestion of a crumble – not that I have anything against crumble. I was looking for a way to get both rose and chocolate into it as a Plan B for We Should Cocoa, just in case Plan A didn’t happen. This Plum Traybake from Waitrose sounded interesting, especially as we had some of CTs homemade kefir cheese that needed using up. All I needed to do, was to substitute the vanilla for rose and make the cheesecake a chocolate one. However, as it turned out, I didn’t do it quite as I’d meant to: 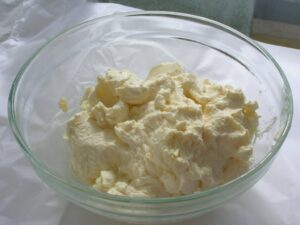 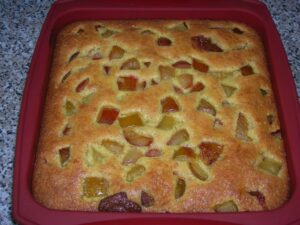 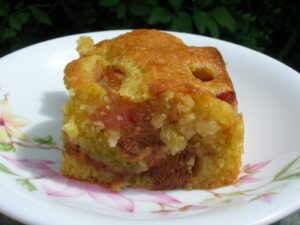 It wasn’t until I’d made the cake and re-read the original recipe, that I realised I was meant to put one of the eggs in the cheesecake – oops! Despite, the mishap with eggs, the result was truly scrumptious. It started with a lovely fruity hit, both sweet and tangy, then came the unctuous creamy chocolatey bit. The rose was very subtle, but left it’s mark in the mouth long after the cake had disappeared – in a nice way.