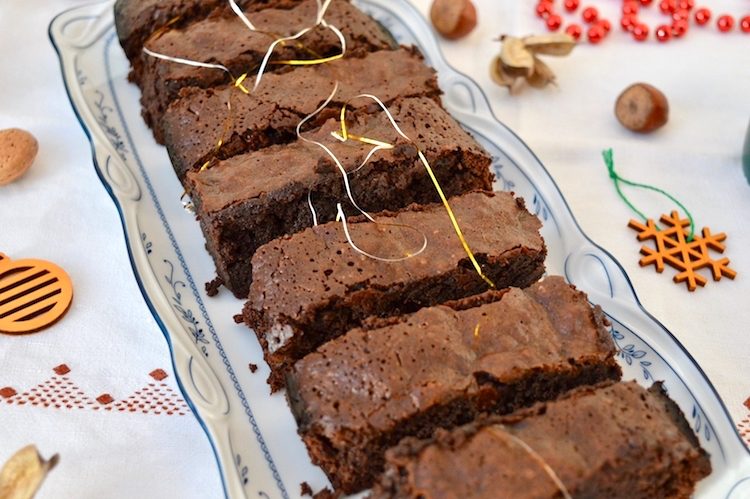 Festive brownies spiced up with mincemeat. Bite into a rich chocolate fudgy slice and be delighted with booze soaked fruit and slivers of crunchy nuts. These mincemeat brownies are a real crowd pleaser and perfect for using up any leftover mincemeat. They’re gluten-free too.

If you don’t have much time, brownies are the perfect bake to make for friends, family or visitors. They don’t take long to prepare and washing up is minimal, especially if you use my one-pan-method. You can easily be getting on with something else whilst the brownies are baking and then cooling. These mincemeat brownies can be made well in advance too. If kept well sealed in a cool place they’ll easily last a week. In fact, they are even more delicious if you eat them the day after baking. They just get fudgier.

To prepare these mincemeat brownies I go for my super easy, less washing up, one pan method. It works really well for me as I cook with electric. If you have gas or can’t get a nice low heat, then use a large heatproof bowl suspended over a pan of hot water instead. 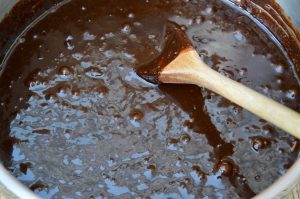 Mincemeat brownie batter in the pan prior to baking. 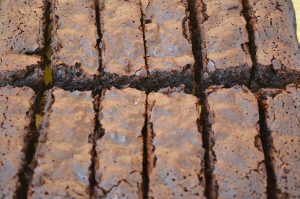 Mincemeat brownies just cooled down enough to cut into bars.

It’s really just a case of melting the butter and chocolate together. Then beating in the sugar, followed by the eggs. Finally sift in the dry ingredients, then stir in the mincemeat. Easy peasy. All you need to do after that is scrape the batter into a suitable silicone mould or lined tin and bake.

You don’t have to use gluten-free flour in this recipe, but it does make them accessible to anyone who is wheat intolerant if you do. I use Free From Fairy’s flour as it always performs well and is made from wholegrains. Buckwheat flour is a good alternative. You only need sixty grams, so it’s a good recipe to experiment with.

I always seem to have a jar or two of homemade mincemeat knocking around from the previous year. This year it’s lemon & ginger mincemeat but it might just as well have been my chilli chocolate mincemeat. This latter is my favourite mincemeat ever. But it’s nice to ring the changes sometimes. You only need four tablespoons for this recipe, so it’s a great way to use up any leftover mincemeat you might have lying around. A little bit more or a little bit less isn’t going to make a big difference. 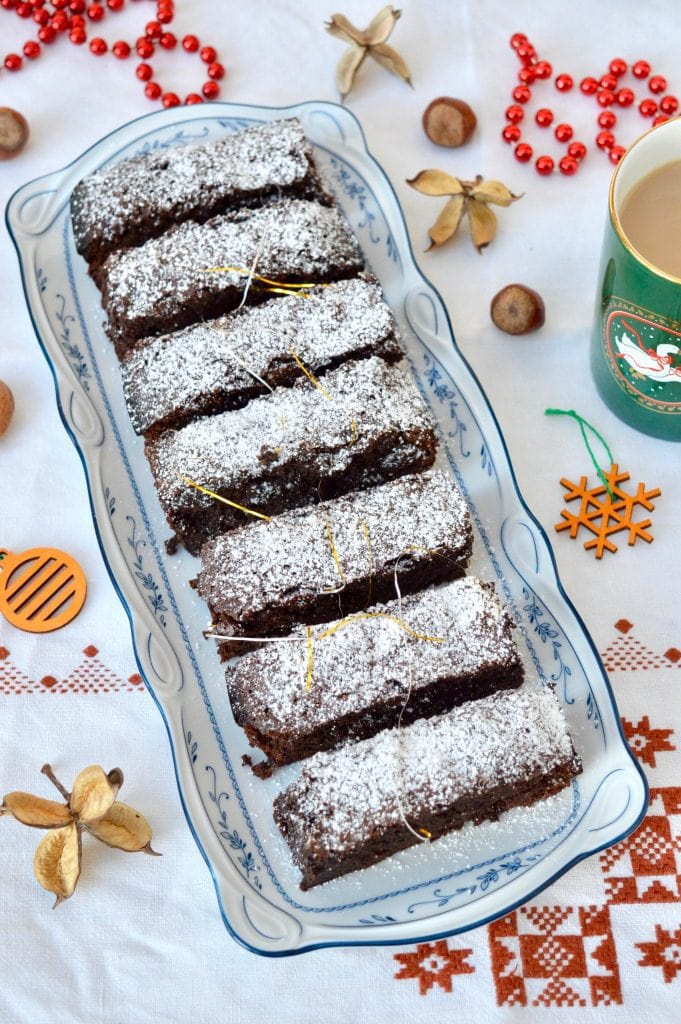 These mincemeat brownies make an excellent stand in for a Christmas pudding. They have a similar texture and flavour to Christmas pudding, but with the added bonus of chocolate. As they are so easy to make and are best prepared a day to two before the big day, it’s one less thing to worry about. Serve warm or cold with clotted cream, ice-cream or custard.

Thanks for visiting Tin and Thyme. If you make my stollen cakes, I’d love to hear about it in the comments below. Do share photos on social media too and use the hashtag #tinandthyme, so I can spot them. 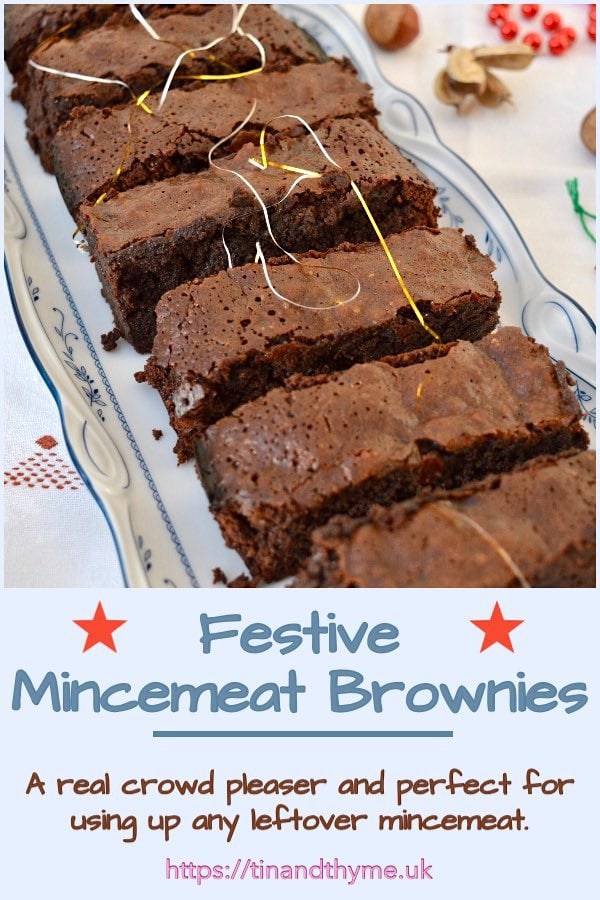 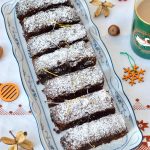 You don’t have to use gluten-free flour in this recipe. If the brownies don’t need to be gluten-free, use whatever flour you have to hand. Please note: calories and other nutritional information are per serving. They're approximate and will depend on serving size and exact ingredients used.

I’m sharing these mincemeat brownies with Apply to Face Blog for #BakingCrumbs. They also go to Everyday Healthy Recipes for #CookBlogShare.