Recipe for crumbly, chewy almond rye shortbread with a robust but delicious flavour. Unusually, but as the name suggests, this shortbread is made from rye flour and ground almonds. It’s also flavoured with cardamom, although that bit is optional. Tart raspberry cream with whisky compliments it wonderfully well.

Last week, CT and I were somewhat shocked to find we’d been together for twenty years. How did that happen? To celebrate we both took the day off and went clambering around the Cornish coast. We also called in at the Canteen at Maker Heights. How could we resist the best food in those parts? There, sitting on the counter was a round of almond rye shortbread. Completely intrigued, I had to recreate it.

The Canteen up on the hill at Maker Heights is a recent discovery for us. We’ve both been incredibly impressed. It’s not a vegetarian establishment, but it offers some of the best vegetarian cuisine I’ve ever tasted. The menu is imaginative and the flavours are complex. Unusually, it’s based in a couple of old army Nissen huts and has stunning views out over Cawsand Bay. We arrived in time to take advantage of the breakfast menu. CT went for a full English and I had possibly the best veggie breakfast I’ve ever eaten, with roasted shallots, leek tempera and hispi cabbage to accompany the more usual eggs, beans, mushrooms, tomatoes and toast. Less usually, the eggs were poached and the toast was sourdough. 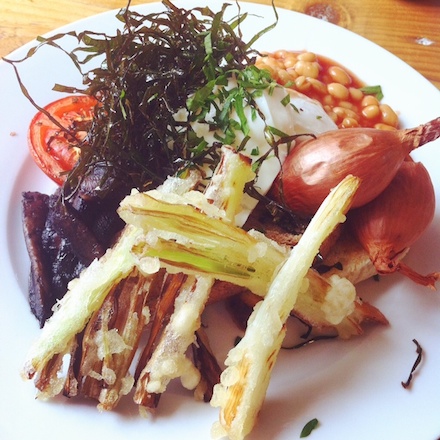 I often grind my own almonds when baking. This gives a fresher and tastier result with a more interesting texture. This almond and cardamom rye shortbread was one of those occasions. I went with a mix of half rye flour to half ground almonds and used the classic shortbread measures of three sixths flour, two sixths butter and one sixth sugar. Cardamom seemed like the right thing to add somehow and I was absolutely right. Annoyingly I left it in the oven too long, so it was a little darker than I’d have liked. I’ve adjusted the baking time in the recipe so that this doesn’t happen to you.

Despite being a little overdone, the almond rye shortbread was totally scrumptious, being buttery and crumbly, but also slightly chewy. The variations in the size of the nut pieces made for a great texture and the cardamom flavour was noticeable, but only just. It went beautifully with some Cornish raspberries, half of which I used to make an accompanying whisky raspberry cream. 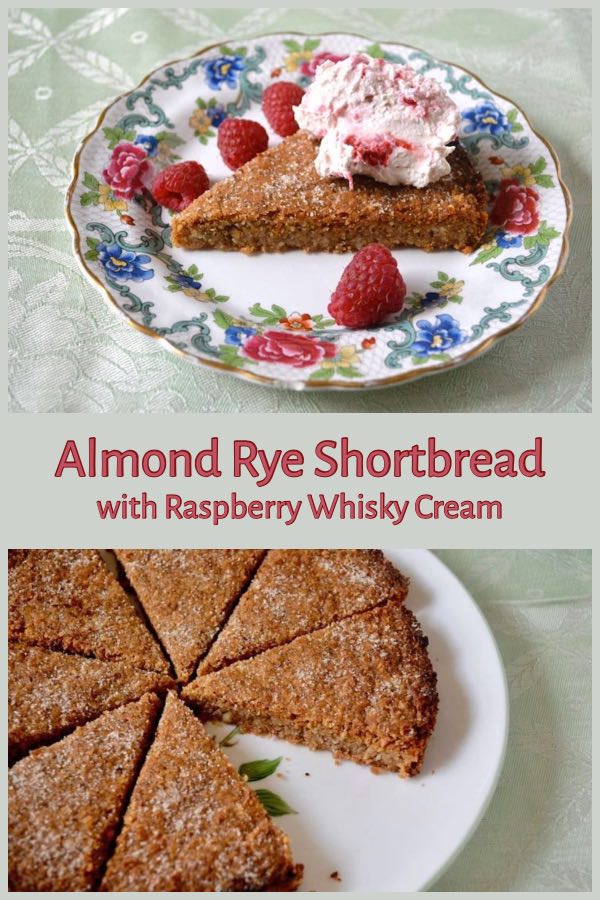 Thanks for visiting Tin and Thyme. If you make this almond rye shortbread, I’d love to hear about it in the comments below. Do share photos on social media too and use the hashtag #tinandthyme, so I can spot them.

You can use bought ground almonds, but you'll get a tastier and more interesting shortbread if you grind your own. This makes 8 large pieces, so it could easily be cut into 10 or even 12 pieces for something a little more modest.
Please note: calories and other nutritional information are per serving. They're approximate and will depend on serving size and exact ingredients used.

This rye shortbread goes to Jac over at Tinned Tomatoes for Meat Free Mondays.