“It’s a sin, wickedly rich and fattening, but every spoonful is glory and that’s what chocolate mousse is supposed to be”. Julia child. 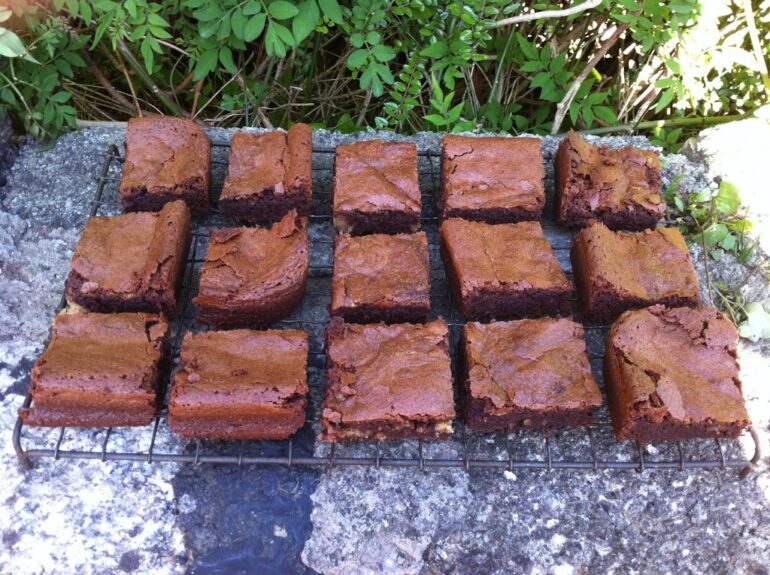 These challenges just don’t seem to stop! It’s Dom’s turn again with his Random Recipe challenge from the wonderful Belleau Kitchen – if you haven’t yet discovered this blog, I’d suggest you take a look. My New Cook Book chosen by Lou of Please Do Not Feed The Animals immediately appealed to me. To my delight, the challenge was to pick a recipe at random from the most recent cook book given to you. As usual with this challenge, I only select from my chocolate cook books, which rather limits my choice as I only have eight of them – well actually rather more than eight. This was a perfect opportunity to use a little gem I had been sent in the post a few months ago by a lovely friend along with a beautiful and subsequently much worn necklace she had made for me.

For once, I thought I’d get in early, so no sooner did I read the challenge, than I was hunting down my miniature copy of Chocolate published by Random Press in 1995 and flicking through the gold rimmed pages. I haven’t included this one before as it’s more a collection of chocolate related quotes than actual recipes interspersed with wonderfully decedent photographs of elegant chocolate creations. Strangely enough, I got an actual recipe on my first attempt – this torte. It was too late to do anything about it at that point as it was pretty much bed time; looking down the list of ingredients I realised I needed rum. Rum? I’ve seen so many recipes requiring rum recently and had been meaning to purchase some of this sailor’s stalwart ration. Now I had run out of excuses and so I remedied this deficit the next day. This is what I did:

The torte rose beautifully, but like a soufflé promptly sank soon after leaving the oven. It smelt wonderful and as an added bonus the scent of chocolate and rum seemed to find its way into every crevice in the house as well as wafting into the garden.

These were just right for a hot summer’s day (which it was), not dense like a brownie but light and mousse like. They were cool in the mouth but also melted on the tongue. The chocolate was rich and strong; the rum was subtle yet lingered pleasantly on the tastebuds for a while after the torte had disappeared. They went extremely well with a good sized dollop of strawberry cream – a recipe that will be appearing here at some future date. Faffier to make than your average brownie, these are well worth the effort for a special occasion, or in our case, a not so special occasion.