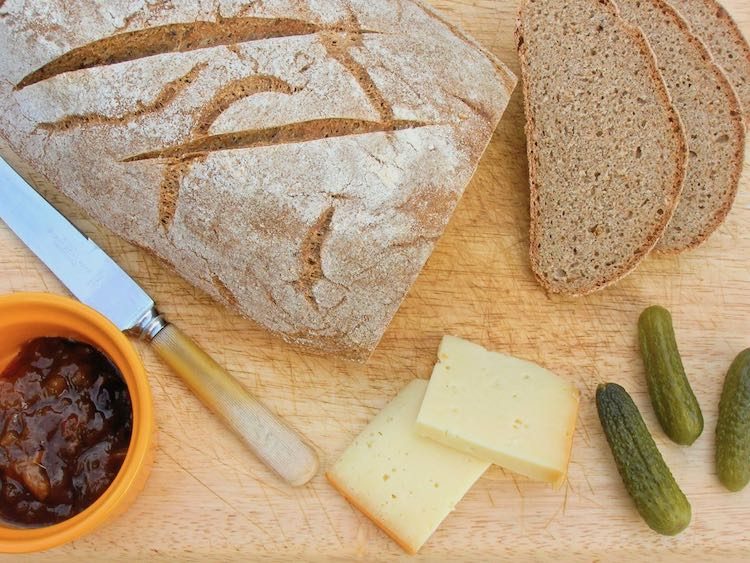 Homemade bread is just the best. This malted wholemeal and rye loaf is a substantial wholesome loaf. It’s easy to make and tastes quite delicious with its malty smoky notes. Makes great toast too.

Making your own bread can be infinitely satisfying and I’ve been doing it since I was a teenager. I’ve not been hugely creative and tend to stick to tried and tested recipes. At least I did until I got my KitchenAid earlier this year. I’d never used a mixer to make bread before, so it seemed like a good time to do something different. This malted wholemeal and rye loaf was a good start.

I’ve been making rye sourdough for the last six years. It’s easy and doesn’t require kneading;  it fits in well with a busy lifestyle and a rather cluttered counter top. But it’s nice to ring the changes. I do this by making a no-knead bread in this rather excellent silicone bread maker. However the KitchenAid has allowed me to make something different again – breads that require kneading. My first venture was this malted wholemeal and rye loaf that I made up on the spot. It worked so well, I’ve made it several times since, both with dried and fresh yeast. Latterly, I’ve been adding linseeds to the mix for added texture and nutrition. 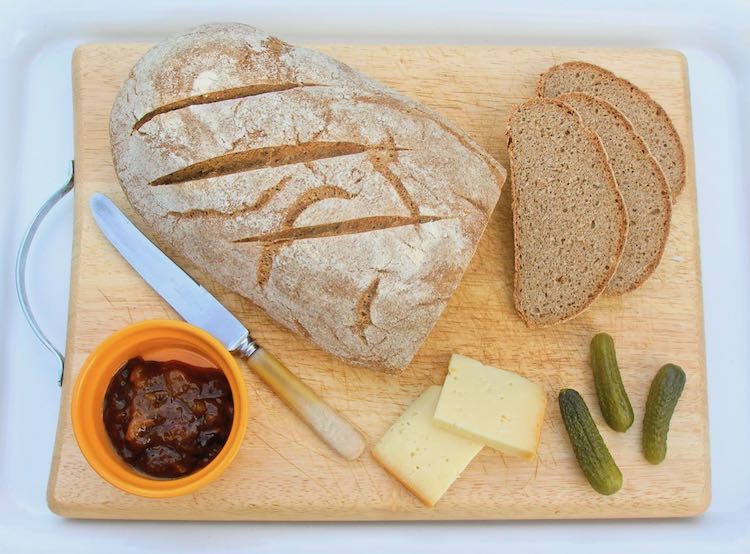 This malted wholemeal and rye bread is a substantial loaf, but it’s less dense than my rye sourdough. I used a mix of strong wholemeal, rye and oak smoked malted flours, all stoneground and organic. Forget these if you are looking for a light and airy loaf though. The bread is utterly delicious with a malty undertone and subtle smokey notes. It makes fantastic toast, but is also good just as it is with Cornish Gouda and homemade chutney.

Thanks for visiting Tin and Thyme. If you make this malted wholemeal and rye loaf, I’d love to hear about it in the comments below or via social media. Do share a photo on social media too and use the hashtag #tinandthyme, so I can spot it. For more delicious and nutritious recipes, follow me on Twitter, Facebook, Instagram or Pinterest. 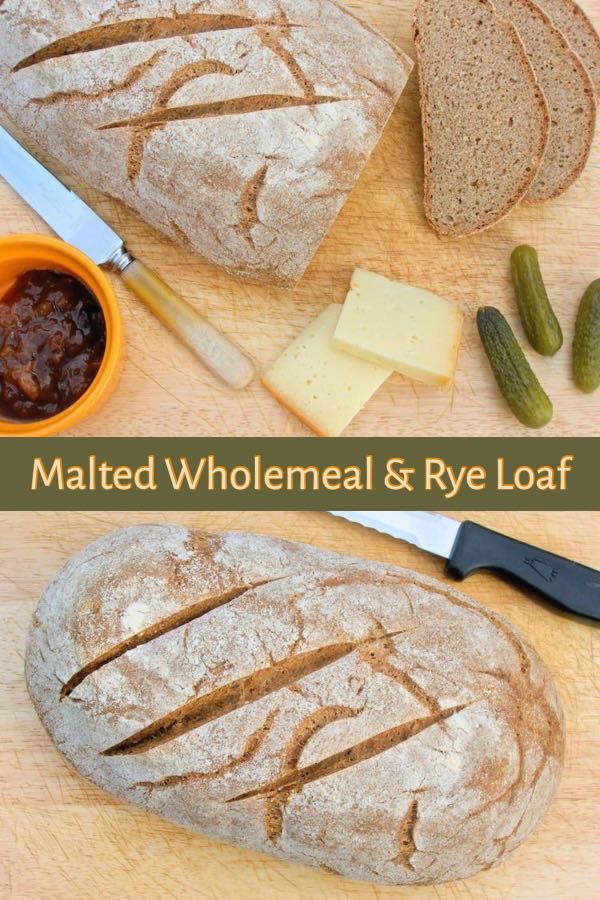 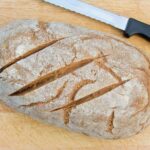 Vegans can substitute malt extract for honey. The longer the rise, the more digestible the bread will be. It will rise very quickly in a warm environment and much slower in a cool one.

I’m sending a slice of my malted wholemeal and rye loaf to Jen’s Food. Here you’lll find this month’s Bready Steady Go which is co-hosted by Michele over at Utterly Scrummy Food for Families. Jen also has the pleasure of receiving this for Bake of the Week which, in Helen’s absence, she is hosting.