Cranks and I go back a long way. The Dartington Cider Press branch, now Cranks Kitchen, opened many years ago, when I was at school. It was a very exciting prospect for an ever hungry bunch of teenagers and it was only a couple of hundred yards down the hill. We couldn’t afford much, but I do remember wolfing down a fair number of cheese baps and date slices. I’ve been a frequent visitor ever since. When I was invited to attend a new product launch event there a few week ago, I was not going to say no.

A Trip to Cranks at Dartington

Cranks was a hippy vegetarian wholefood cafe that first opened its doors in Carnaby Street in 1961. It’s been weathering the storms of foodie fashion ever since. It’s done this by staying true to the concept of its founder, David Canter. In other words, delicious food that is good for both body and soul. Cranks Kitchen is now the sole restaurant and it still cooks slow food using locally sourced ingredients wherever possible. Much of the same food that was available to me back in the 1970s is still on the menu now.

Latterly, Richard Corrigan has teamed up with Cranks’ bakery to create some new slow rise breads. As well as Carry on Carrot and Breaditerranean, there is one which particularly resonates with me: Hippity Hoppity is a cheese and potato bread inspired by the famous Cranks’ homity pie. I’ve been eating and enjoying homity pie for more years than I care to remember. 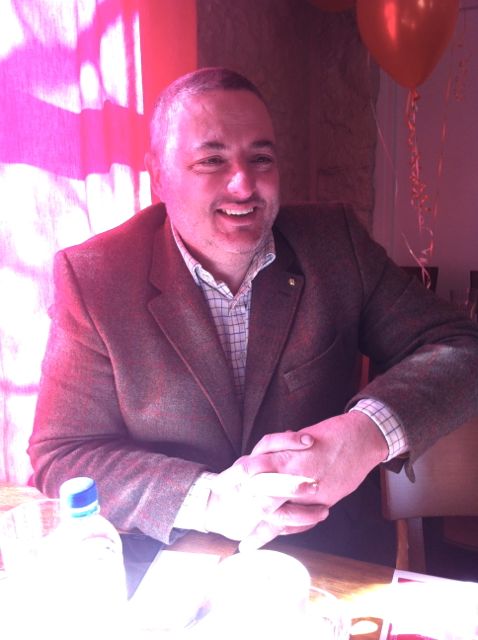 I was lucky enough to sit with Richard Corrigan and be entertained by his Irish wit and free flowing conversation throughout our meal. It was his suggestion to share a platter of food from the menu rather than each ordering our own individual meal. This was a great idea that immediately appealed to me, as I too like to try a little bit of everything.

The staff coped with good will and grace to our unusual request and a large plate full of savoury bites and colourful salads soon appeared. Quite what we had has rather faded from memory now, but it was all very tasty. I know we had some homity pie, I’m not likely to forget that and I also know we had some of this savoury cheese and leek bread pudding.

The restaurant was packed with happy diners, mostly regular customers invited for the launch, which seems a particularly gracious way of saying thank you.  The staff were cheerful and helpful, the food was excellent and we were all given a rather large goodie bag on arrival. 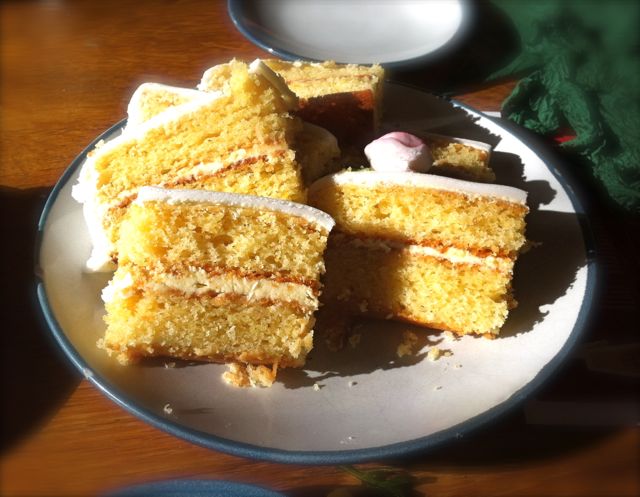 The festive atmosphere was supported by a generous number of balloons – and there was cake. Cake always puts a smile on people’s faces and it certainly did on ours. Not a crumb remained by the time we left the table. The goodie bag contained a loaf of Cranks wholemeal, which incidentally is one of the nicest wholemeal loaves I’ve ever had. Also included were a Hippity Hoppity loaf, a couple of bags of dried beans and excitingly, a new edition of Cranks Recipe Book by David Canter, first published in 1982.

I was so excited by the new Cranks recipe for savoury cheese and leek bread pudding, that I made some for supper the very next day. We were both rather hungry and I didn’t have time for pictures, so what you can see at the top of this post are the leftovers. These didn’t stay leftover for long; the pudding was almost as delicious cold as it was hot. We ate ours with purple sprouting broccoli – highly recommended.

Thanks for visiting Tin and Thyme. If you make this savoury cheese bread pudding, I’d love to hear about it in the comments below. Do share photos on social media too and use the hashtag #tinandthyme, so I can spot them. 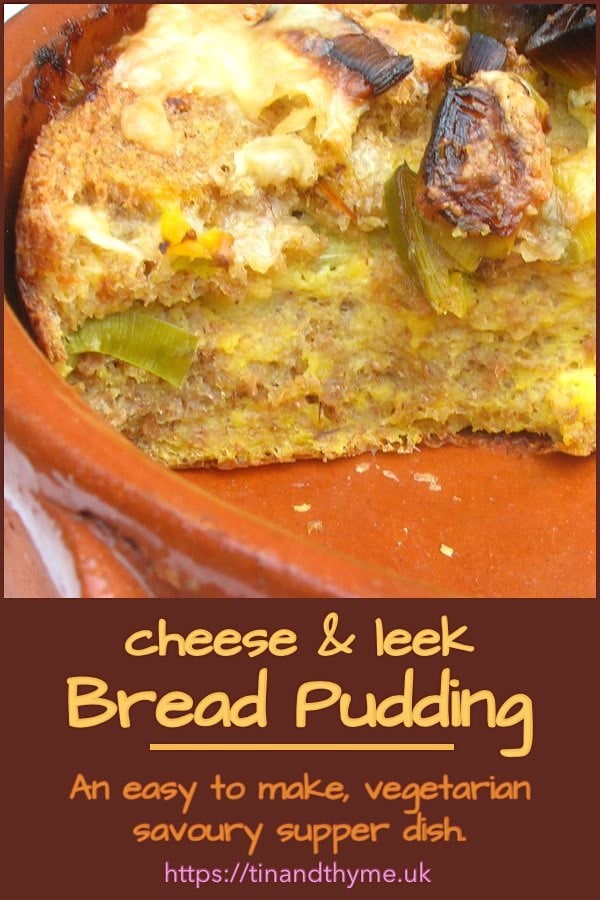 As we were given a paper recipe card to take away, I’m entering this savoury cheese and leek bread pudding into Recipe Clippings over at FarmersgirlKitchen

Likewise it goes to Jac’s Bookmarked Recipes over at Tinned Tomatoes.

As this is a fairly frugal meal, using up bits of old bread, I’m sending this to Credit Crunch Munch with Michelle over at Utterly Scrummy Food for Families.