Never let it be said that I fail to keep my powder dry. Here’s a post I’ve just found from August 2012 that has yet to see the light of day on my blog – until now.

Not a grand cake for CTs birthday, but a nice simple one that would travel well and his mother would enjoy. The day after his birthday CT was leaving to visit her for a few days and given that we were going to spend his actual birthday out and about I didn’t think there would be much room left for cake anyway. With an organic lemon in need of using up and some home made lemon curd, it had to be some sort of lemon cake.  When I did a search on Eat Your Books for lemon and chocolate, a recipe for lemon drizzle with chocolate chunks came up from G&Bs Unwrapped. Brilliant, I would make the lemon cake, swirl through some lemon curd rather than adding chocolate and make a chocolate topping instead. 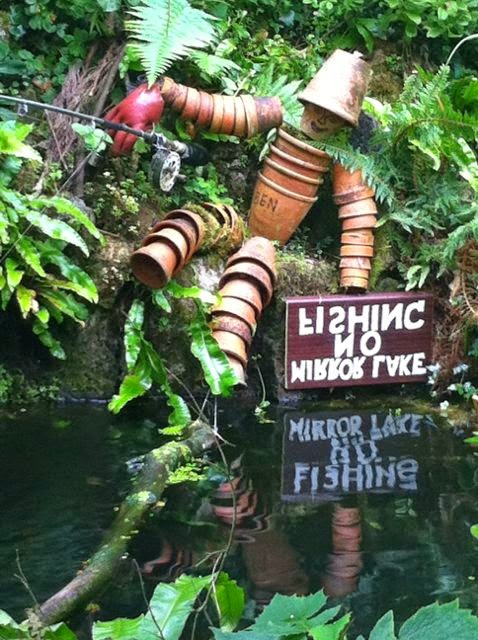 I was right, we were so full from lunch, we only managed a small slice each when we got home. The cake was delicious though and my concern that lemon wouldn’t go desperately well with chocolate was unfounded. It tasted just like Madeira cake and because I’d forgotten to add the lemon curd, it wasn’t too lemony. 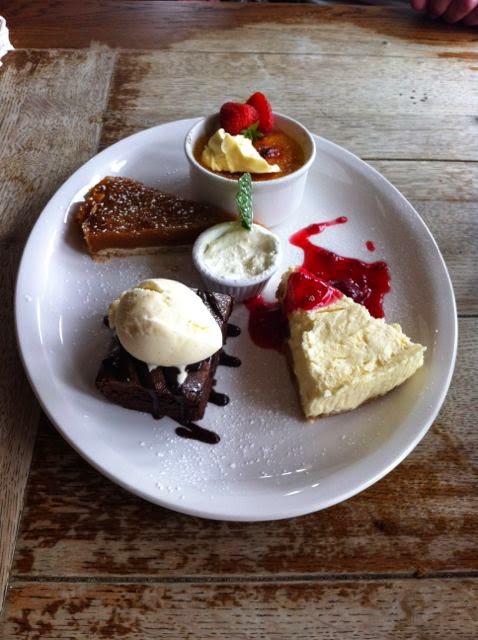 Despite a really busy week at work I managed to take the day off. In true botanist style, CT chose to spend the day visiting gardens and nurseries in and around the English Riveria – in other words, across the border and into Devon. Amazingly it didn’t rain and we had a lovely day. We had lunch at The Combe Sellers, a pub restaurant right on the banks of the River Teign. The food was really good and the setting was lovely. As well as a celebratory glass of Pimms, we finished up with a sharing dessert platter which was responsible for us only managing a sliver of cake when we got home!

It just so happens that this month’s Love Cake theme over at JibberJabberUK is Feeling Fruity. So this lemon cake is winging its way in that direction.

I’m also sending this off to AlphaBakes as the letter is L for Lemon this month. This monthly challenge is hosted over at The More Than Occasional Baker and Caroline Makes.