Bramble (or blackberry) and apple is such a classic combination, I thought it ought to be tried in cupcake form. I’ve been wanting to make something along these lines for a long time. At last my blackberry and apple cupcakes have come to fruition. Read on for the recipe.

My vision for these blackberry and apple cupcakes was for a bright purple blackberry icing and green cupcake cases to represent the apple part of the sponge. The trouble was, where to find some decent off road blackberries? There seemed to be a sad lack of them around us. Eventually, a trip was made to my mother’s garden where I was not only able to find an abundance of juicy ripe blackberries but also to forage a load of windfall apples. I was purple stained but happy, and my idea was finally able to come to fruition.

As it happened, I had a bar of blackberry and ginger chocolate sent from Elizabeth Shaw to try. It was just begging to go into the mix. The 57% cocoa solids dark chocolate bar is quite scrumptious in its own right, with an authentic blackberry aroma and flavour. It contains flecks of ginger and blackberry which give a pleasant grainy crunch. Surprisingly, given how prolific blackberries are in the UK, this is the first bar of blackberry flavoured chocolate I’ve ever come across; I found the combination worked very well.

These blackberry and apple cupcakes weren’t as visually stunning as I was hoping, but I wasn’t too disappointed either. The blackberry frosting was divine; I very greedily and somewhat naughtily polished off the substantial remains left in the bowl after icing. It tasted of blackberries with a lovely smooth creamy mouth feel. The cakes were also very good, moist and flavoursome. As I’d hoped, the blackberry and ginger chocolate worked particularly well in these bakes.

Blackberry and Apple Cupcakes – The Recipe

An apple and chocolate chip sponge topped off by blackberry cream cheese icing, these are perfect autumnal fare. The icing makes a generous amount, so use half the quantities if a less lavish topping is required. For something a little less extravagant, you can of course leave out the chocolate.
Prep Time20 mins
Cook Time20 mins
Total Time40 mins
Course: Afternoon Tea
Cuisine: British
Keyword: apples, blackberries, buttercream, cake, cupcakes
Servings: 12 cupcakes
Author: Choclette

Elizabeth over at Elizabeth’s Kitchen Diary has introduced a new food blogging challenge and one that is very close to my heart – Shop Local. Whilst it’s a sad fact that cocoa doesn’t grow in Cornwall, lots of other things do. I’m lucky enough to live in an area where I can buy local eggs from free range chickens and ducks, organic milk from Helsett Farm and also wholemeal flour from Cotehele Mill. All of these were included in my blackberry and apple cupcakes, so I’m happy to be able to partake and help promote some of my local producers.

I’m entering this recipe into Four Season’s Food where the theme this month is Sliding into Autumn. It doesn’t get more end of summer, early autumn than a good blackberry and apple bake I reckon. This challenge is hosted by Anneli of Delicieux and Louisa of Chez Foti. 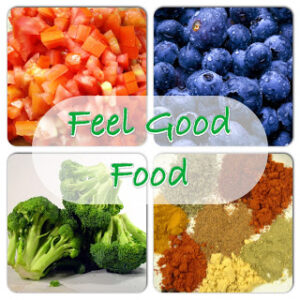 Apples are the chosen ingredient for this month’s Feel Good Food from Victoria of A Kick at the Pantry Door, so these cupcakes are winging their way in that direction too.

Another challenge hosted by Elizabeth’s Kitchen Diary but created by Turquoise Lemons is the No Waste Food Challenge. Where to start? The blackberries I picked needed using up asap before going off and the windfalls were starting to bruise so they needed using up too. The chocolate has been waiting a very long time for just the right opportunity but was definitely ready for consumption.

As the theme for this month’s Calendar Cakes is Cupcakes, I am sending this lot in the direction of Laura Loves Cakes and Dolly Bakes.

I’m also adding this to Bake Fest, a monthly celebration of baking from Vardhini of Cooks Joy and hosted this month by Marija of Palachinka Food & Travel.

And two years later, I am entering these blackberry and apple cupcakes into The Great British Blackberry Recipe Round Up over at Farmersgirl Kitchen and Lavender and Lovage.

Thanks for visiting Tin and Thyme. If you make these blackberry and apple cupcakes, I’d love to hear about it in the comments below or via social media. Do share a photo on social media too and use the hashtag #tinandthyme, so I can spot it. For more delicious and nutritious recipes, follow me on Twitter, Facebook, Instagram or Pinterest. 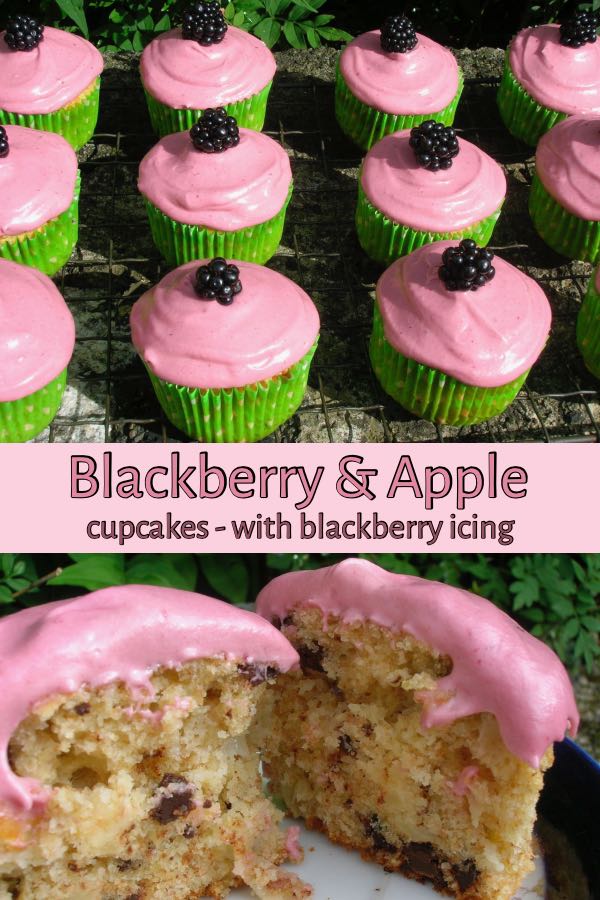