Summer, isn’t it wonderful? It seems such a long time since we had one. When the temperature rises, my desire for ice cream goes up as well. It seems I’m not alone. Take a look at these 21 cool ice cream recipes. You’ll find some real stunners: the creativity that goes into them never ceases to amaze me.

This coolest of foods has fired my imagination and I’m now particularly keen to try making some with coconut milk. Thank you to everyone for another great We Should Cocoa challenge.

Next month Elizabeth’s Kitchen takes the #WeShouldCocoa reins. Do visit her blog on 1 August to find out what she has planned for us. 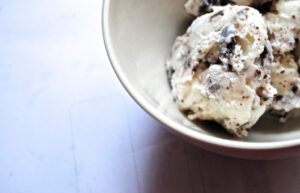 Gelato fan, Ali of Italian Inspiration didn’t in fact attempt to make a gelato for this challenge, but was inspired by some of the great Italian gelaterias to be adventurous. Her coconut lime and chocolate no churn ice cream sounds absolutely delightful and I’d guess the use of coconut milk rather than cream makes for a much lighter version than the standard condensed milk ice-cream. 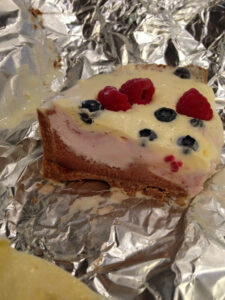 Ice cream pie is a new one on me, but I’m very pleased to be introduced to it. I love the layering effect of this very fast but effective children’s dessert from The After School Cake Tin. 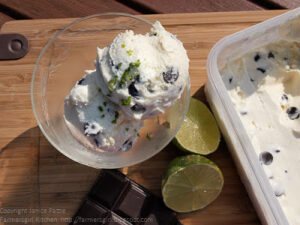 Janice of Farmersgirl Kitchen multi tasked with her entry and enterprisingly used some lime curd to make this fabulous chocolate lime ice-cream. She then trialed a new ice-cream scoop with great success. I still haven’t managed to get a successful scoop, so I shall blame my tools and give Janice full credit for her excellent ice-cream.

It’s July, it’s my birth month and it’s summer – yes really. What could be more appropriate to cool, soothe and enjoy in the hot and sunny days to come than the icy velvet of these 21 cool ice cream recipes. Some of you may be sick to death of seeing rose in just about all of my posts at this time of year. Since making rose syrup for the first time in 2012, I can’t get enough of it. I used it to make this no churn rhubarb, rose and white chocolate ice cream.

I don’t know why, but I seem incapable of making a clean scoop of ice-cream. I have two ice-cream scoops, but have not yet produced one single ball of perfection; hacking it out with an ice-pick is more the effect I get. Rhubarb and white chocolate ice cream was a popular choice this month, ie two of us made it. This version from Johanna of Green Gourmet Giraffe contains white chocolate chips and is beautifully swirled. Johanna is not much of an ice cream fan, but now she has tried this, things might have changed. 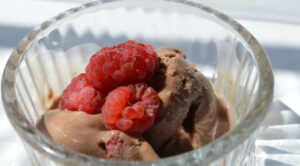 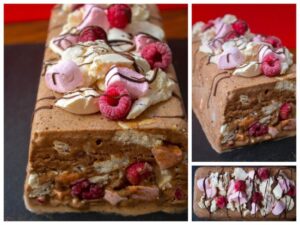 Semifreddo is another type of ice cream I’ve never made but want to. I can’t imagine I’d ever manage anything as spectacular as this rocky road semifreddo from Claire of Under the Blue Gum Tree. Raspberries, meringue, marshmallows and chocolate – what’s not to like? As a cheese lover, I was really pleased to see it made an appearance in this cream cheese ice cream with mars bar sauce from Janine of Cake of the Week. Cheesecake in ice cream form, now that is something I have to try. 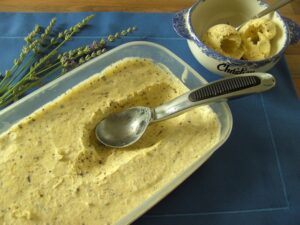 Something is telling me it must be time to try semifreddo. Chris from Blogging Around the World has come up with a delightful Lavender and Chocolate Semifreddo which was a bit of a herby gamble, but one that happily paid off. Caroline Makes white chocolate and chilli ice cream and she made it using some dinky little lolly moulds she picked up for a song. Chilli and chocolate is a winning combination for me, so I know I’d be content with one of these in my hand. 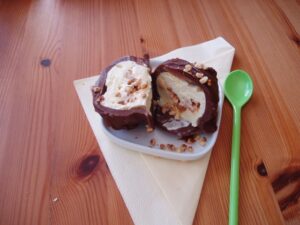 A new one on me was this Italian Tartufo  from Jill of Lapin d’Or. Made from a Mary Berry recipe these amaretto biscuits soaked in amaretto and encased in ice-cream and chocolate sound heavenly. 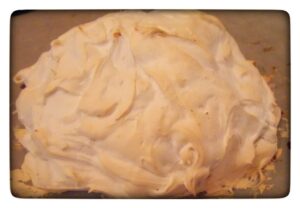 She who dares wins. Laura of I’d Much Rather Bake Than .., made her first attempt at a baked Alaska and it was a resounding success. I’ve never dared try anything like this, it sounds so preposterous. How can you put ice-cream in the oven without it melting all over the place? Well, it is entirely possible as this Black Forest Baked Alaska shows. 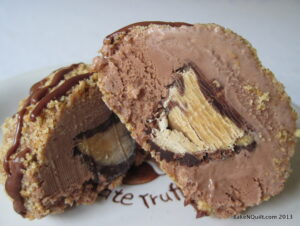 Boiling hot commuter rides, don’t sound like much fun, but it seems they do have their plus side. These amazing chocolate ice cream tacos may never have happened without those steamy train journeys. Hannah of Corner Cottage Bakery filled her homemade waffle tacos with a luscious chocolate and Amaretto ice-cream. Elizabeth of The Law Student’s Cookbook decided to dig out her ice-cream maker for this challenge. I think she must have been pleased she did because as well as making this Ben & Jerry’s mocha chip ice cream she’s made several others this month which sound very tasty too. 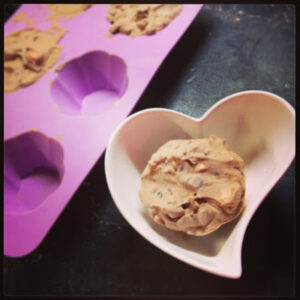 More rocky road ice cream from Victoria of A Kick at the Pantry Door. This time with the ingenious technique of freezing it in individual portions using silicone moulds. No fuss and no waiting forever, for the ice-cream to thaw before serving. 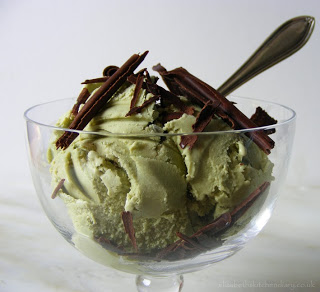 As I’ve said before and I’m sure will say again, I am continually astounded by the creativity shown in these challenges, but this green tea and Shetland seaweed ice cream from Elizabeth’s Kitchen is off the scale. Elizabeth, who incidentally is hosting next month’s We Should Cocoa, wasn’t happy with her first attempt, but the second one sounds delicious indeed. Coconut gets another outing with these coconut ice lollies from Becky of MintCustard. Inspired by bounty bars, these get a big thumbs up from me and have made me feel nostalgic for my childhood when a lolly was an occasional but much loved treat. 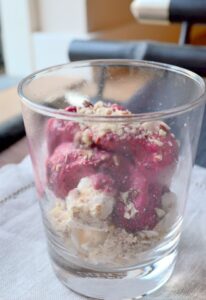 When I’m really hot and bothered, nothing is so refreshing as a fruit ice, so I was pleased to see this sour cherry chocolate chip ice-cream from Nazima of Franglais Kitchen. Served with crumbled meringue and chopped candied almonds, this sounds absolute heaven. 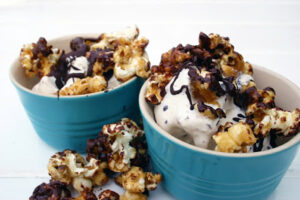 For more chocolate ice-cream inspiration, head on over to my Ice Cream & Other Frozen Treats board on Pinterest. You could also take a look at Kavey’s chocolate round up of Bloggers Scream for Ice Cream.