What a glorious first birthday party. A bunch of Cornish cake fans gathered last Friday to celebrate the first birthday of Cornwall’s Clandestine Cake Club. Ellie Michell, our generous founder and mistress of ceremonies, has been coming up with interesting themes and locating fabulous venues over the last twelve months.

As this was a Friday, I was not at work and thus able to attend – making this my fourth CCC. I was particularly pleased to catch up with this month’s We Should Cocoa host, the HungryHinny.

We gathered on a bright and sunny, if showery, day at the Watergate Bay Hotel near Newquay. The function room has been newly built and enjoys fabulous sea views over the bay. CT, who somehow blagged his way into this event and was the only man present, attempted to eat his body weight in cake. I’m pleased to say he failed in this venture, but I followed his lead and enjoyed more cake than was probably good for me, not sadly, that I managed to try all of them.

Driven by guilt we decided to make our way up onto the cliffs and walk off some of our excesses. Somehow we managed to dodge the showers and enjoyed an invigorating hike along Bedruthan Steps. 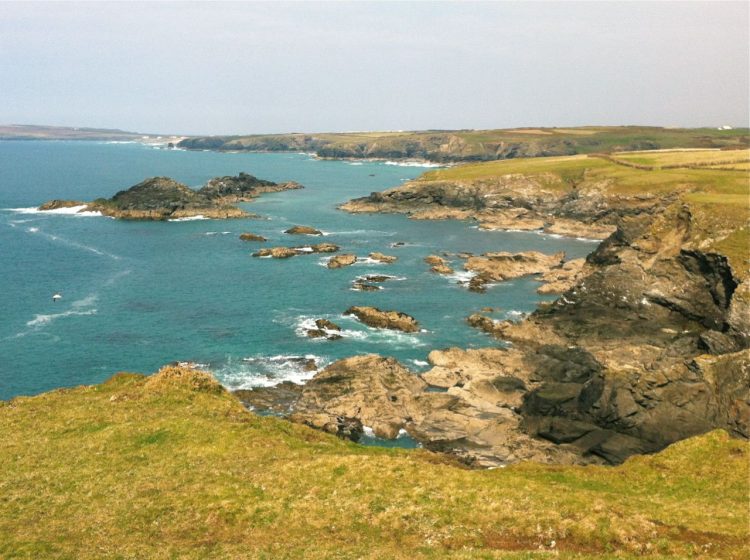 Looking Towards Padstow from Park Head near Bedruthan Steps