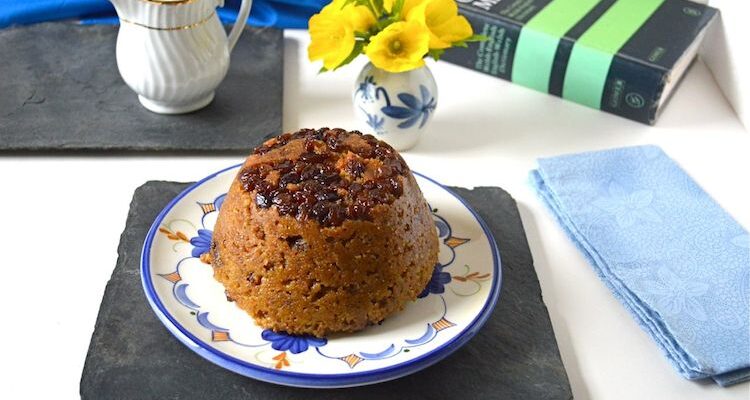 Last year I visited North Wales for the very first time and completely fell in love with it. We had a view of Snowdon from our bedroom window and we got a lot of walking done. We didn’t, however, get even a sniff of Snowdon pudding, which is a bit of a shame as it’s the sort of rib sticker that would have helped sustain us on our treks up hill and down dale.

My mother had a particular fondness for suet puddings. So I was lucky enough to be brought up with a succession of steamed treats such as treacle pudding, Sussex pond pudding and spotted dick, of course. The love of these has never left me, even though I now use vegetarian suet rather than lard. So when cottages.com challenged me to try my hand at Snowdon Pudding, known in the local vernacular as Pwdin Eryri, I seized the opportunity to dig out my pudding bowl.

I like to try regional recipes wherever I visit. We managed to track down some teisen berffro biscuits which are a local speciality on nearby Anglesey, but as previously mentioned, Snowdon pudding passed us by. 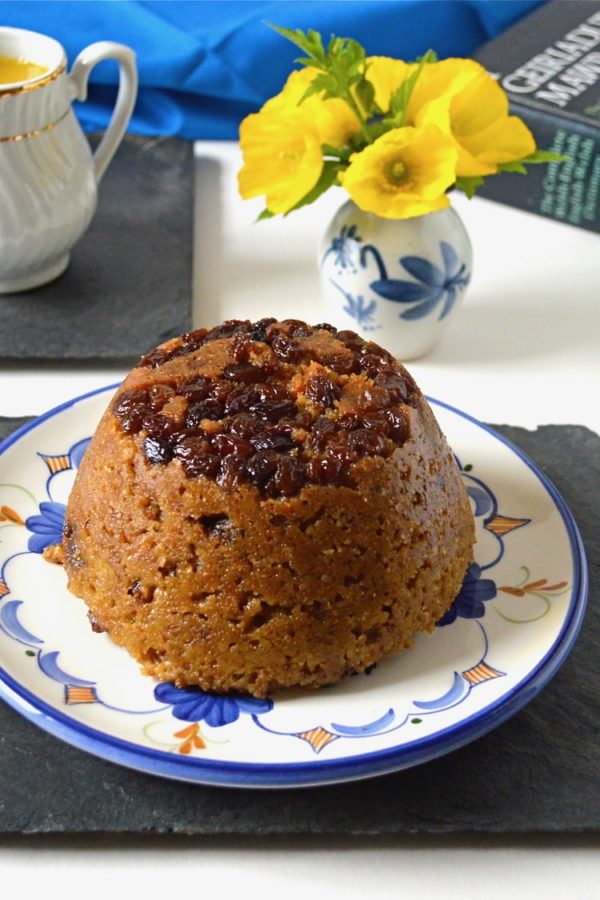 It was first created in the Victorian era along with most other steamed suet puddings and was served at that time in the hotel at the foot of Mount Snowdon to refuel walkers after their return from the summit. It’s perfect fuel for yomping around in the mountains of Snowdonia.

An old mate of CT’s has the fun job of walking to the top of Snowdon regularly to take the weather readings. I bet he’d go up a bit faster if he knew a slice of steaming Snowdon pudding was waiting for him when he got back.

I was delighted to find that one of the ingredients for the pudding was lemon marmalade. It just so happens that I have a large stock of my homemade version in the cupboard.

Snowdon pudding is traditionally served with a sweet wine sauce, but I used a tart lemon one instead. As I hoped, this elevated the lemon zest and lemon marmalade flavourings of the pudding and cut through its richness.

The pudding itself was up there with the best of my mother’s offerings. As usual I couldn’t quite stick to the recipe and I substituted wholemeal breadcrumbs for the white ones specified in the original. When I make this again and I really think I will, I’ll reduce the amount of suet to about 60g as there did seem to be rather a lot of it.

If you love holidaying in the UK like we do, I can highly recommend Snowdonia as a top destination. It’s stunningly beautiful in a majestic sort of way. There’s plenty to do, even if hiking isn’t your thing: castles, museums, stately homes, gardens and beaches to name but a few.

And I was really impressed with the vegetarian and vegan offerings in the local cafes and restaurants. CT certainly thought things had come 0n since his time living there last century.

Self-catering cottages are a fantastic way to make the most of local food. This cottage, Preswylfa, is located in the Vale of Ffestiniog, in the middle of the Snowdonia National Park and is an ideal location for exploring this spectacular region. Don’t forget a ride on the Festiniog Railway and a tour of the local slate caverns. 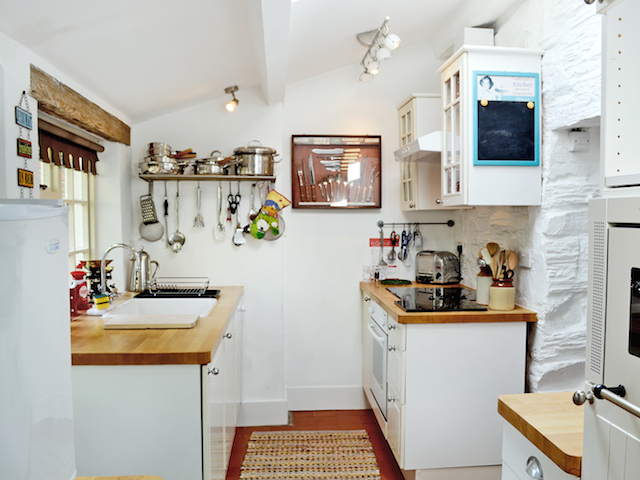 When not out and about, you can sit out in the garden and enjoy the views. And if it rains (it does sometimes), get cosy in the kitchen and knock up a Snowdon pudding. The kitchen is well equipped, so you should find everything you need. If you’re of a literary persuasion, you might like to read a novel by Victorian writer, Elizabeth Gaskell; she was fond of this area and spent some time here on her wedding tour.

Thanks for visiting Tin and Thyme. If you try this recipe for Snowdon pudding, I’d love to hear about it in the comments below. Do share photos on social media too and use the hashtag #tinandthyme, so I can spot them. 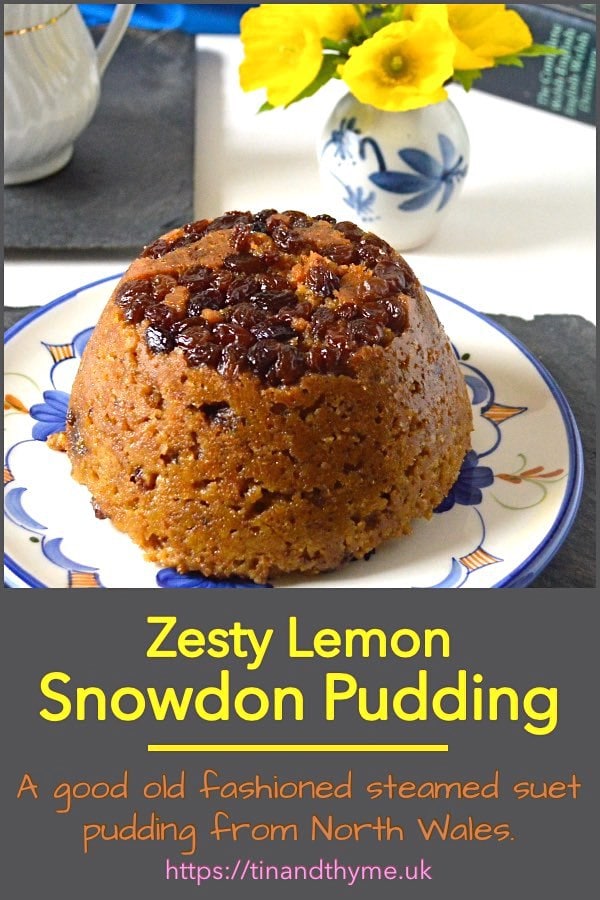 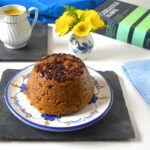 I’m sharing my Snowdon pudding with Apply to Face Blog for #BakingCrumbs. They also go to Cooking With My Kids for #CookBlogShare.

My thanks to cottages.com for sponsoring this post. They did not expect me to write a positive review and all opinions are, as always, my own. This post contains affiliate links to Amazon*. Links are marked with an *. If you buy through a link it won’t cost you any more, but I’ll get a small commission. Thank you for your support of the brands and organisations that help to keep Tin and Thyme blithe and blogging.

Previous Post: « Rhubarb Ginger Chutney – How to Easily Make Your Own
Next Post: How To Make Your Raw Chocolates More Interesting »