Penzance is a pearl of a town if you fancy a Cornish cake crawl. It has tea rooms and cafés galore. And most of them bake their own cakes. 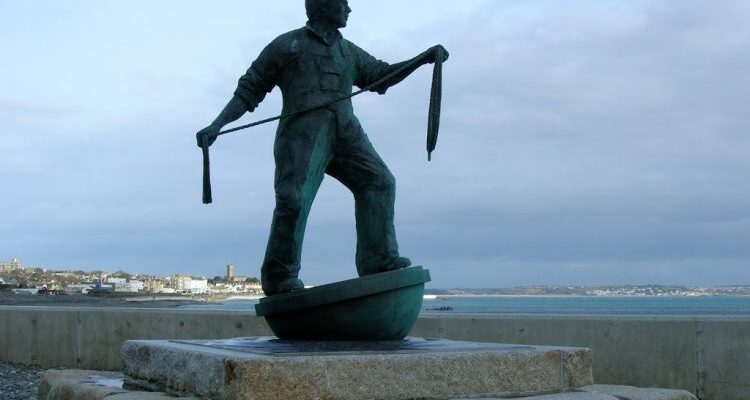 Yesterday was CT’s last day of official sick leave. So we felt a celebratory day out was in order. We decided to take the train down to Penzance so we could walk along the sea front to Newlyn and then revisit The Honey Pot. This establishment has very quickly become one of our favourite places to indulge.

It was a cold and blustery day and having surveyed the boats, inhaled diesel fumes and the smell of fish at Newlyn, we felt in need of sustenance.

We came across a lovely little takeaway, Aunty May’s, which also had a couple of seats. The fishermen took the takeaways, we took the seats.

We had delicious felafel filled paninis followed by …. you guessed it – very nice home made cake. For once, I didn’t have chocolate cake so I won’t bore you with the details, but CT did.

On the way back to Penzance, we wandered through the various parks and back alleys that seem to crop up everywhere. After much leisurely wondering we set off to the Honey Pot. They had even more chocolate cake than the last time we were there. I counted ten different varieties, including gluten free ones.

A warming cup of Earl Grey went very nicely with the cakes we eventually chose.

It was difficult to make a choice. The ginger pavé was very tempting, but so were all the others. In the end, mine was a delicious slice of apricot & amaretto pavé and CT had a whopping slice of the chocolate ganache cake.

I’ve not made a pavé before, so I’ll soon be scouring the internet for recipes. We were not disappointed with our Cornish cake crawl, nor our final choices. We both smacked our lips all the way to the station, which, as luck would have it, was downhill all the way!

Other Places to Go for Good Cornish Cake