This double pear green smoothie bowl is a firm favourite. In fact everyone who’s tried it has been impressed and wanted the recipe. It’s rich, filling and delicious. It’s also packed full of nutrients and keeps you going for hours. That’s at least two of your five-a-day done and dusted by breakfast.

END_OF_DOCUMENT_TOKEN_TO_BE_REPLACED 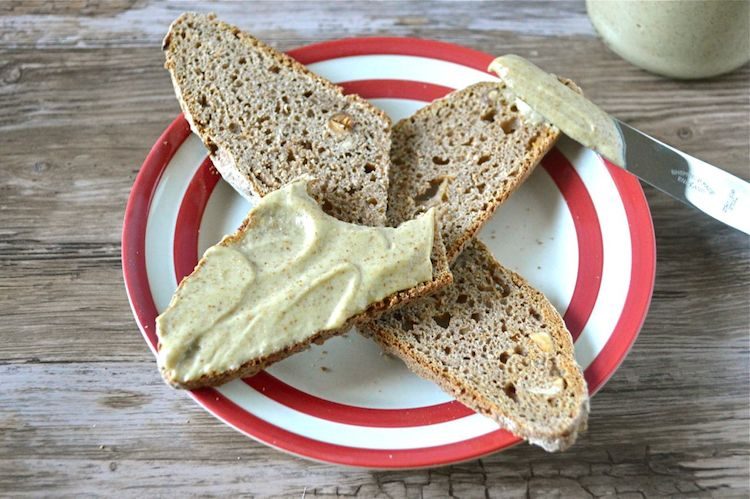 Failed nut butter may not sound like the most promising of posts, but do read on. I unwittingly turned my failure to make almond butter into a delicious pear almond butter, which is definitely worth blogging about.

END_OF_DOCUMENT_TOKEN_TO_BE_REPLACED 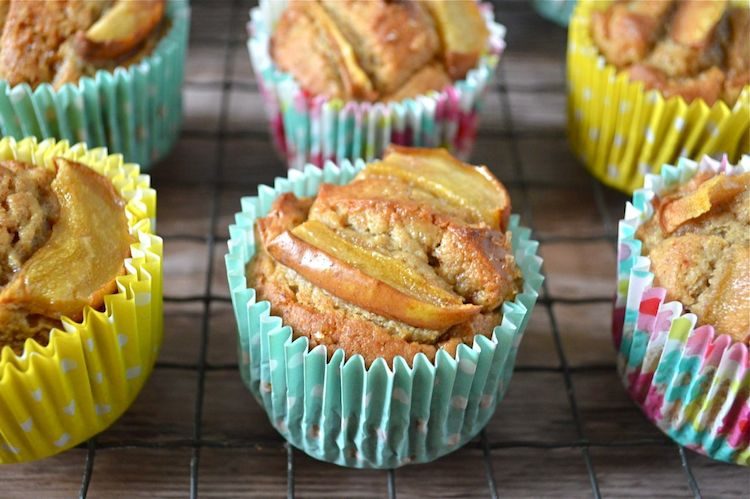 Autumn pears, fragrant honey and warming ginger come together for an easy bonfire night bake. These gingered pear almond honey cakes are not only delicious, but are easily portable. They’re  the perfect antidote to overhyped Halloween and its transatlantic excesses. They can be eaten whilst watching the bonfire flames dance and the Catherine wheels spin – no tricks, just treats.

END_OF_DOCUMENT_TOKEN_TO_BE_REPLACED 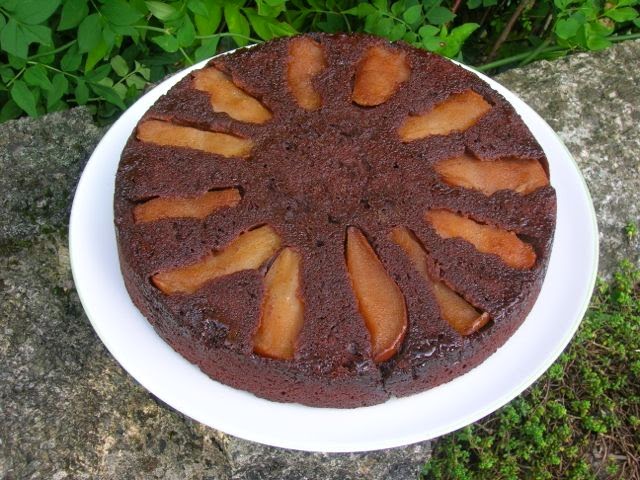 Harvest festival meets Random Recipes meets Clandestine Cake Club in this post. As we had a hard challenge for August, Dom has gone easy on us this month and it’s back to the basics of picking a random book from our collection and then a random recipe from that book. I used my usual Eat Your Books method of selection and came up with a recipe for a simple chocolate pear upside-down cake in Jennifer Donovan’s book Chocolate. Happily this pick coincided with a Cornwall Clandestine Cake Club gathering on Thursday where the theme was harvest festival. And to tie it all together in a nice little bundle, my mother turned up with a jar of pears that she’d just poached. All sorted.

I had to add my own twist of course, so apart from using poached pears rather than raw ones, I substituted the vanilla for cardamom. The cake was fudgy and chocolatey, but the cardamom and pear stopped it being too sweet and sickly. It was in fact a delicious cake I will be repeating and the good folk at cake club seemed to enjoy it. 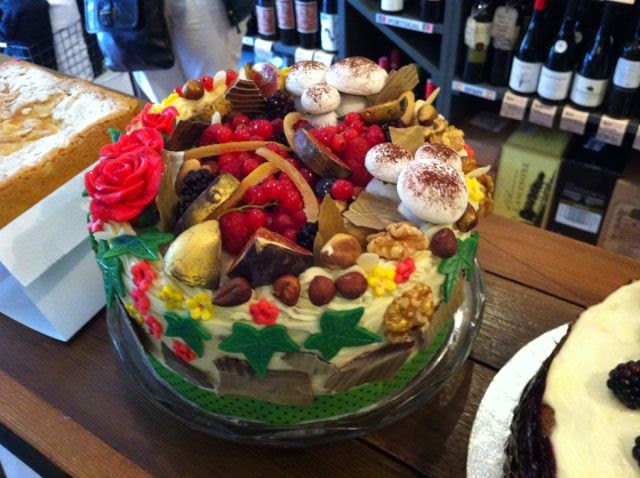 The harvest festival theme resulted in a bounty of fruit and vegetable cakes. The cake shown here completely stole the show, but they were all very tasty and yes, I did manage to try a piece of each! An independent wine merchant with accompanying champagne and coffee bar, Bin Two in Padstow, was our venue and some of the participants seemed much more interested in the wine than they did in the cake. The shop included a cafe bar, so we all crowded and got up close and cosy. Thanks as always to Ellie Mitchell for organising another splendid cakey gathering.

Bin Two were hosting a Macmillan Coffee Morning the following day, so I also brought along a few oaty ginger biscuits. These were quite fiery as they were not only flavoured with ground ginger but included crystallised ginger too. CT got almost grumpy when he was only allowed to try one.

So this is another success I put down to Dom and his Random Recipes over at Belleau Kitchen – such a fun and interesting challenge – most of the time anyway!

I had a bit of a dilemma trying to decide which of this month’s seasonal recipes should be sent to Simple and in Season – there have been so many good ones. But despite the rather prosaic nature of pear after the colours and flavours of blackberry and plum, this cake deserves recognition. Nazima of Franglais Kitchen is hosting this month on behalf of Ren Behan. 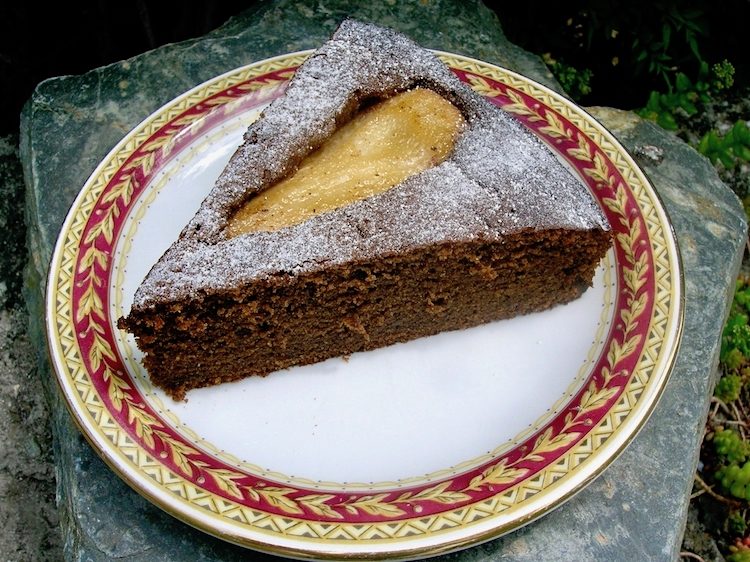 Caramelised pears grace the top of this melt-in-the-mouth pudding type cake. This pear and honey carob cake is not only delicious, but relatively healthy too. It’s made with carob and buckwheat flour, so it’s gluten-free and honey rather than refined sugar.