The nights are drawing in and the chilly season will soon be upon us. What better way to fire up our sluggish post party metabolisms than with chilli? So here we have thirty chilli and chocolate recipes to inspire and to get you cooking. 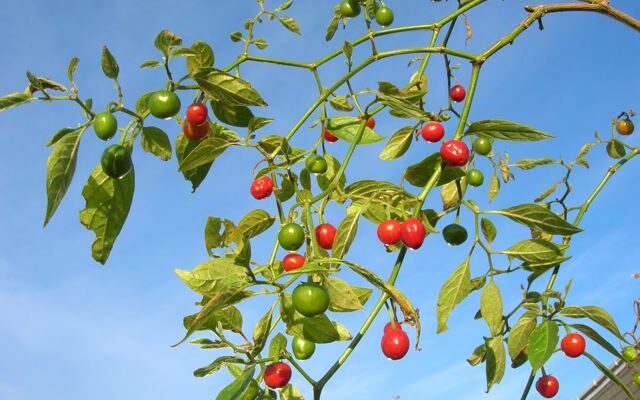 Both the Mayans and Aztecs of central America added chilli to their chocolate drink and a sort of porridge they made from cocoa and ground maize. For them, chocolate was a food of the gods – at least we all agree on that.

As you know, I was a little nervous about putting forward chilli as this month’s We Should Cocoa ingredient, but I needn’t have been. Everyone was very enthusiastic and we had thirty hot hot entries. I particularly loved the vibrant colours associated with chillies that are showcased here.

Once again, we have a great range of dishes on offer, from cakes and puddings to bread and some savoury dishes too. A testament to the creative flair of the #WeShouldCocoa gang. Brownies and some sort of variation on chocolate pots proved to be particularly popular.But quite frankly I want to try every single entry, with the possible exception of my own 😉

Dom of Belleau Kitchen got all scientific on us this month but nevertheless the capsaicin kicked in early and got him moving with this darkly lush Chilli Chocolate Orange Cake, a real feast for the senses.

These Chilli Choc Cupcakes from first timer Kat of Life of a Cupcake Baker served several purposes: to lose weight, to induce labour and to calm her son – chilli is truly the panacea for all ills!

Chilli loving Baking Addict of The More Than Occasional Baker was rather nervous about trying this month’s challenge out on her work colleagues, but was delighted to find that white chocolate and chilli was a winning combination after all and everyone loved these White Chocolate Chilli Brownies.

Chocolate Chili Souffle just sounds as though it’s going to be fabulous and this one made by newcomer Gary of Exploits of a Food Nut certainly look the business.

Hannah of Corner Cottage Bakery has got her Christmas hat on and come up with these festive and perky little Apricot Chilli Florentines.

First timer Cake Fairy has wowed me. Not only by the flavours of this magnificent Chilli Chocolate Swiss Roll with Cream and Blackberry Jam, but also by her expert rolling. And it was her first attempt too.

Alex of Dear Love Blog had many ideas spinning around her head. Eventually, she settled on Chipotle Brownies. On my continual quest for the ultimate brownie, I’m wondering if this might just be it?

What else is needed other than some lush and decedent Chocolate Chilli Sauce to power The Kitchenmaid up those steep Wellington goat tracks? Nothing apparently.

Look at What Kate Baked. Her Chilli Chocolate Cupcakes Bites sound delicious, but I was seriously impressed with her chilli impersonations.

Michele of Food, Football and a Baby took the chilli theme most literally. She made this beautifully rich coloured Mexican chunky vegetable chili with dark chocolate

Suelle of Mainly Baking is a well seasoned chilli and chocolate cook. She made cookies for her first attempt, but was unhappy with the result. I suspect we would have been more than happy to tuck in. However, she put on her thinking cap and came up with this ingenious Chocolate, Cherry and Chilli Tart.

C of Cake Crumbs and Cooking did a marathon daily chocolate bake throughout Chocolate Week. She just happened to knock up this Chilli Chocolate Fudge Cake one night after work. It includes peanut butter and lime as well as chilli and sounds divine.

Carina of Cooking with Carina shocked her work colleagues (well one of them anyway) with her deliciously fudgy looking Chilli Chocolate Brownies.

When plans for chilli chocolate ice-cream didn’t come to fruition, Janice of Farmersgirl Kitchen came up with a warm version instead. Her Baked Chilli Chocolate Custards sound very much like something I’d like to eat – what a fab idea.

Karen of Lavender and Lovage felt she was fast running out of time. So she whipped up an extravaganza of chocolate, chilli and milk in this Mexican Hot Chocolate which featured three types of chocolate no less. And she served it in a chocolate mug.

I was all set for Shaheen of Allotment 2 Kitchen to give us a savoury treat. But at the last minute she changed her mind and surprised me with these cute Chilli Chocolate Apricot Flapjacks.

Working London Mummy really went to town and it was the posh part of town too. She made these fabulously elegant Pink Macarons with Chilli Chocolate Ganache. And she got such perfect looking results on only her third try!

Spontaneous Euphoria must have known about Janice’s non ice-cream. She’s leapt in magnificently to fill that gap in this month’s chilli repertoire. Chocolate Chilli Ice-Cream.

I had a feeling that Phil from As Strong As Soup might grace us with a savoury recipe for this challenge. He didn’t disappoint. I really like the combination of spices, nuts and tomatoes in this Turkey in a Chilli Nut and Chocolate Sauce.

The Hungry Hinny went into experimental mode. She combined orange, chocolate and chilli (she must have caught the vibe from Dom) and made this truffley Chilli Chocolate Orange Torte.

Moving to a new job, a new home and a new town, Carly of Tart to Heart still found time to make these Chili Pots de Creme and show them off in style.

Snowy of Cookbooks Galore got a bit more than she bargained for with her Chocolate and Chilli Madeira Cake. The chilli chocolate topping might not have been quite what she wanted, but I thought the layering on this cake was stunning.

Selina of Yummy Choo Eats wanted something sort of healthy, but also warming and satisfying on these chilly autumnal days and nights. She came up with these Chipolte Chilli Chocolate Flapjacks.

Fellow partner in #WeShouldCocoa crime, Chele of Chocolate Teapot fancied playing Russian roulette this month. You get to choose one of her splendid Trick or Treat Cupcakes. But you don’t know which it will be until you bite into it. Guess which one she got? 😉

Co-incidentally, there are two chilli challenges this month. Lyndsey of Vanilla Clouds and Lemon Drops has launched a Sweet Heat Challenge. She couldn’t resist participating in this one too. She’s rather mildly called these Chocolate Chilli Pots but garnishing them with white chocolate covered chillies makes them anything but mild.

First timer Laura of How to Cook Good Food leapt at the chance to try Chilli Chocolate Bread Rolls. How cool is that? Well possibly not that cool! Stuffed with cream cheese, they sound like a must try.

Another fan of the chilli and chocolate combination is Mel of Sharky Oven Gloves. She was buzzing with ideas, but in the end made these delightfully fudgy triple chilli Aztec Brownies.

My own rather late entry was, err, perhaps a little excessive and won’t be repeated in a hurry. But sometimes it’s good to push out the boundaries – just so you know! Chocotos – Chocolate Stuffed Chillies.

Coming in right at the last minute are these fabulous Chilli Chocolate Truffles from Kath of the Ordinary Cook. Beware, they have an additional kick besides the chilli.

Just when I thought there couldn’t possibly be any more, BVG aka Brownieville Girl got in with these supposedly wussy, but I read delicious, Mini Chocolate Pots.

I hope you’ve found something to inspire you with all these hot hot chilli chocolate recipes. Let me know if you try any of them. I’m also keen to know what I’ve missed? What are your favourites? Do tell by commenting below.