A beautifully textured and delicious malted chocolate bundt cake. The cake is swirled with two differently flavoured and coloured batters giving additional interest when the cake is cut. One is chocolate and the other is Horlicks.

END_OF_DOCUMENT_TOKEN_TO_BE_REPLACED 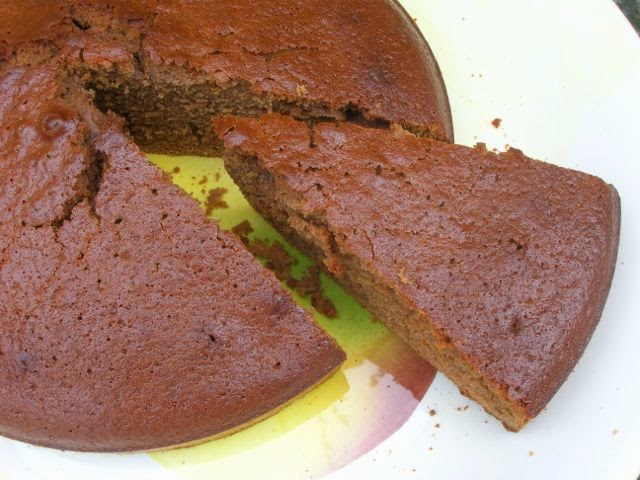 This quick and easy malted hot chocolate cake is not only a frugal one, but it’s delicious too. It’s made with drinking chocolate and Horlicks for flavour and includes both free range eggs and organic sunflower oil. The ingredients cost less than £1 and it produces a decent sized 8″ (20cm) round cake.

END_OF_DOCUMENT_TOKEN_TO_BE_REPLACED 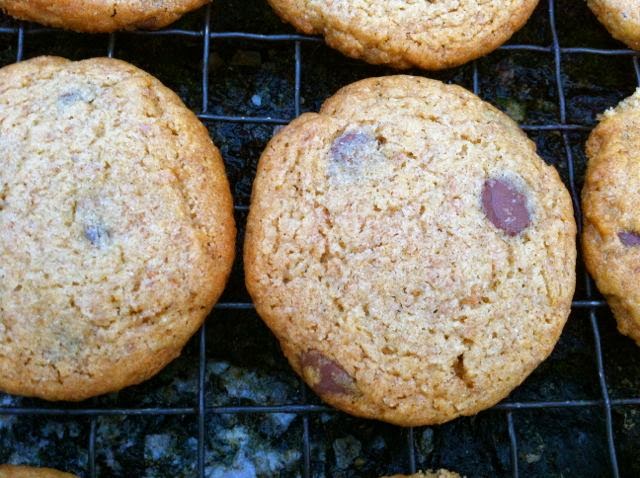 When I came across a recipe for malted cookies by Ruby Tandoh in the Guardian one week, there was no doubt I would have to make them. I adore anything malty, be it malt loaf, Horlicks or Maltesers. This was a recipe to be torn out and kept. Of course when it came to it, I had to change it a bit, adding wholemeal flour and chocolate were a must. I didn’t want to have egg whites floating around the place, so I used a large whole egg instead of yolks only. I also changed the quantities, 8 large biscuits or 14 small ones just didn’t seem enough, especially as I wanted to take them up to the New Forest with us on a visit to CT’s mother.

Warm from the oven, these made me one very happy person. Once cooled they were crisp on the outside and soft and chewy on the inside. Maltesers in biscuit form. Comfort food exemplified. Need I say more?

I am sending these over to Laura at I’d Much Rather Bake Than … for her Biscuit Barrel event. She has chosen favourites for this month’s theme and as I’ve already mentioned malty flavours are a firm favourite of mine.

As I bookmarked this recipe the moment I saw it, I am sending this off to Bookmarked Recipes with Jac of Tinned Tomatoes. 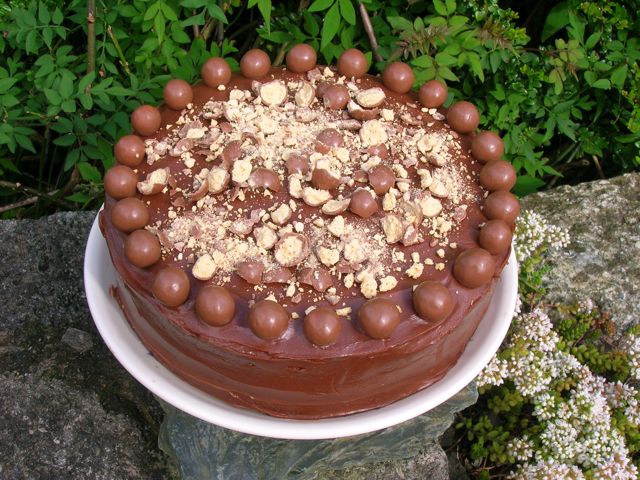 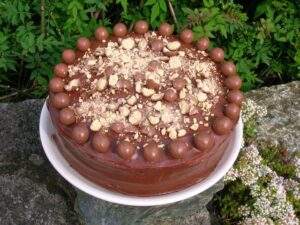 As soon as I saw this cake over at The More Than Occasional Baker, replete with my guilty pleasure, Maltesers, it was only a matter of time before I was going to bake it. Luckily, my birthday provided the perfect excuse. After all the birthday festivities, ahem, back in July, it was time to go back to work – this means taking in birthday cake. If ever we get boxes of chocolates at work it is usually the Maltesers that disappear first. I thus reasoned, a Malteser cake would be a popular one for my work colleagues. As Ros didn’t actually have the recipe on her site, I googled it and found it over at BitterSweetSpicy. The recipe comes from Annie Rigg’s book Make, Bake & Celebrate – I obviously have a serious gap in my baking book collection!

Having just read Alida’s post about using vinegar as well as eggs and baking powder, I thought I’d give this a try rather than using buttermilk which I didn’t have. Because I made a mistake in the amount of sugar I used to begin with, I upped all of the quantities slightly as well as making a few other adjustments. 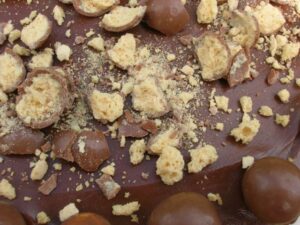 What I realised as soon as I’d put the cakes together and it was all too late, was that I had forgotten to crush some maltesers and put them in between the layers. Well what a shame, I was really looking forward to that bit. However, this proved to be the most popular cake yet with my work colleagues and I have to say I could very easily have demolished a goodly proportion of it myself if I’d had the chance. I had to make do with a modest slice though, which means only one thing – I will have to make this again.

I am submitting this to Jac’s Bookmarked Recipes over at Tinned Tomatoes.

After my less than successful strawberry fairy cakes, the next recipe to catch my eye in my not-so-new-now Peyton and Byrne, was this malty chocolate cake. It wasn’t the picture that entrapped me this time – there was no picture, but the word malty. Malt conjures up so many childhood treats. I loved malt extract, except when it was used as a method to hide cod liver oil – yuck! A cup of horlicks was always welcome as was the jar that I would pinch the odd teaspoon out of when no one was looking. And my mother still makes a mean malt loaf. Anyway, I sort of guessed this was going to be a really good cake and thankfully it was. This is what I did:

Unfortunately my loaf mould was a cheap one from Baked and Delicious so it didn’t hold its shape very well and the pictures I took are dire! This cake was so delicious: whilst dense it melted in the mouth and was very moreish. And to top it all, there was the additional treat of chocolate bits in nearly every bite. It wasn’t quite as malty as I’d have liked at first, but as it aged the malt developed. Amazingly we managed to keep this going for a whole week and it kept really well. We could quite easily have demolished the whole lot in one sitting, but we were trying not to be too piggy!