Ladies and gentlemen, I give you my answer to the Big Mac, a recipe for some dangerously moreish giant chocolate macadamia nut cookies. Strewth!

END_OF_DOCUMENT_TOKEN_TO_BE_REPLACED 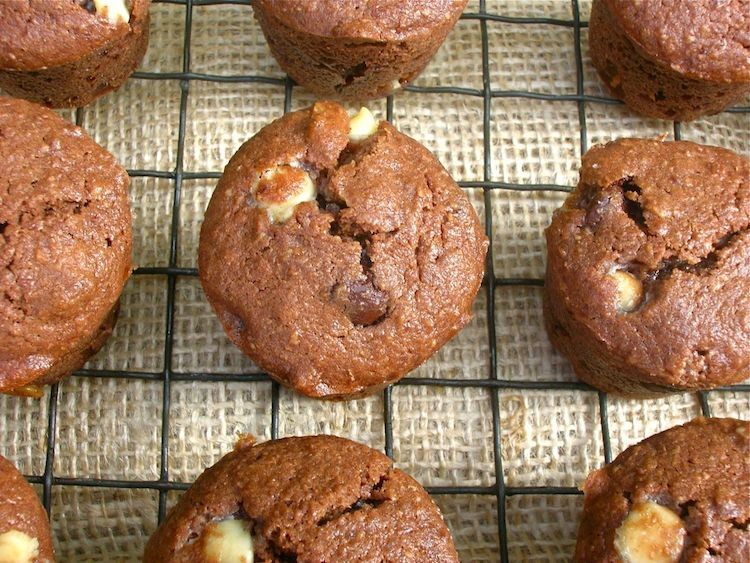 My friend Henk, over in The Netherlands is a keen baker. Like me, he’s interested in trying out different flours, particularly in cakes. Recently he sent me a recipe for his favourite chocolate nut muffins. They have undergone many iterations, I should add and more will follow as just like me, Henk is an inveterate ‘tinkerer’ of recipes.

END_OF_DOCUMENT_TOKEN_TO_BE_REPLACED 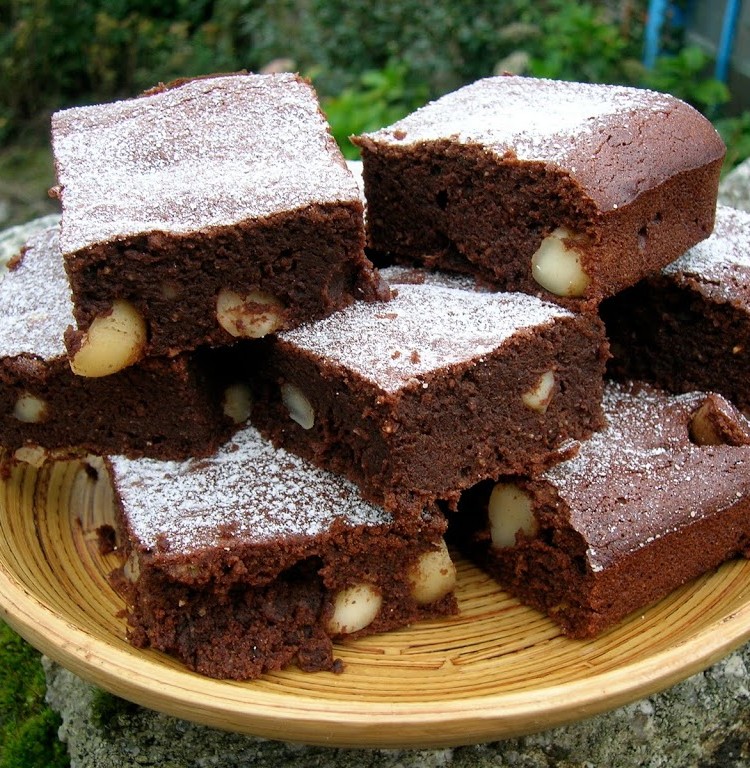 Fortune shines! My second Sweet & Simple bake and it’s another chocolate one, so no having to think twice. Not that there was much thinking to be done – I really enjoyed doing the last one as it’s fun to see the same thing baked by many and to discover how varied the results are. I’ve been wanting to make brownies with macadamias for some time now and as I prefer not to have my cakes too sweet, this presented an ideal opportunity to swap the white chocolate in the original recipe for macadamias. I cut the quantity by a third from the original as even for me this was rather a lot of brownies to munch my way though (or so I thought). See Sweet & Simple Bakes for the real thing.

This is what I did:
Despite the warning Maria gave about this, I did slightly overcook the brownies (by about 3 minutes I reckon), so they were not as gooey as I would ideally have liked. However, they were moist and tasty, not too sweet and with a delicious macadamia crunch. They have also been fantastic keepers, tasting better with each day that passes – one week on and I am still eating them (chief taster having succumbed to the flu and unable to be tempted). I now regret the decision to not make the full quantity as these were so good and an ideal opportunity to put some by in the freezer – hey ho!
As a bit more time has now passed since originally writing this post, I’m just doing a quick update. Things got a bit dramatic with my chief taster being rushed off to hospital at midnight in an ambulance – pneumonia it seems
He did get to taste one of the brownies before being rushed off, but I’m not sure his mind was really on it. My concerns for his welfare explains my lack of recent posts.
Tomorrow, I’m off on my Schumacher course, which is why I’ve posted this a day or two earlier than the official posting date.