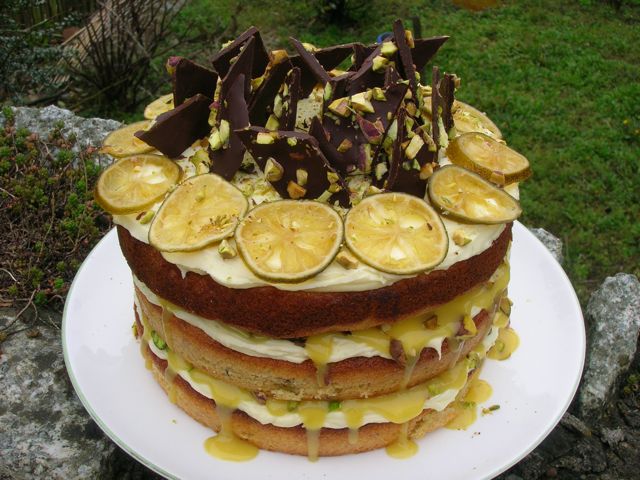 As soon as I saw the Clandestine Cake Club Cookbook, I knew immediately I wanted to make this Pistachio & Lime Cake for my friend’s upcoming birthday. This is one of Lynn Hill’s own and it is the one that graces the front cover of the book.

END_OF_DOCUMENT_TOKEN_TO_BE_REPLACED

Celebratory Layer Cakes, We Should Cocoa | 23rd February 2013 | By Choclette

To celebrate the publication of the Clandestine Cake Club Cookbook, this month’s Cornwall CCC meeting was held on the launch date itself, February 14th, at Waterstones in Truro. The theme for this month’s bake was, rather aptly, books. Visions of elaborate book shaped cakes sent me into an immediate panic when first hearing this, but then sense prevailed and a simple solution occurred to me: I would bake one of the recipes from the CCC cookbook. As I had an abundance of limes to use and needed ginger for this month’s We Should Cocoa, I chose Dark ‘n’ Stormy Cake by Rob Martin from the Leeds CCC. There was one problem, it contained no chocolate – but when did that ever stop me? The sponge was a genoise, flavoured with ginger. It reminded me of the Lime and White Chocolate Genoise that I made a couple of years ago, based on Lorraine Pascale’s Mojito Genoise from Baking Made Easy. I decided to make the sponge according to Rob’s instructions, but substituted a lime syrup rather than his rum one and replaced the lime cream cheese frosting with whipped chocolate ganache. I then drizzled home made lime and ginger curd over the top.

Quite why this was called Dark n Stormy, I have yet to fathom; it was light in both colour and texture. In fact it was one of the lightest textured cakes I’ve ever made. The addition of ginger was inspired; it gave added interest and texture to what could have been a pleasant but rather generic sponge. The ganache was delicious, light, not too sweet and complemented the genoise nicely. The lime syrup and lime curd gave a welcome citrussy tang and added character. I was really pleased with the results and rather gratified by how quickly it disappeared. In fact, pleasure turned to consternation as I feared I might not get to try a piece myself. Luckily CT was on the case and saved me a piece to try later.

Much to my bemusement, Daphne Skinnard of BBC Radio Cornwall dragged me off (nearly kicking and screaming) along with Sarah Milligan and Ellie Michell for a quick interview. Having a microphone thrust under my nose didn’t do much for my eloquence, but there we are, we must suffer for our art. You can hear the clip here and it’s abut 1:10 minutes into the programme.

Both cake makers and passing Waterstones customers partook of the delights on offer and many a smile was generated. Some strong willed individuals, looked but didn’t try – it was Lent, after all. It was also Valentine’s Day, so just right to spread some cakey-bakey love around. Literary allusions were much more obvious in some of the other cakes as you can see from the following photos.

Jen of Blue Kitchen Bakes is hosting this month’s We Should Cocoa and as already stated chose ginger as February’s special ingredient.

END_OF_DOCUMENT_TOKEN_TO_BE_REPLACED

Well it doesn’t look as though Blogger is going to bring back my lost post, so nearly one week on, I’ve decided to just clench my teeth and rewrite it.  Once again, I apologise for all the comments that were lost on this one and several of my other posts when Blogger went down.
Remember those wonderful sunny days littered with bank holidays that seem like a distant dream now? On one of those we staged our alternative to the Royal Wedding. Forget the thronging crowds of Pall Mall, we opted for a moorland walk followed by tea and cake. A Victoria Sandwich seemed appropriate, but one with a twist: a chocolate Victoria Sandwich hosting a generous layer of lime curd buttercream. I used Nigella’s recipe, substituting the cornflour with cocoa and using yogurt instead of milk. Once again, I was lucky enough to have acquired a goose egg, so this went into the mix too. Inspiration for the buttercream came from Little Bear Cakery with her lemon curd version. I of course used my lime and ginger curd.
This is what I did:

Once again we enjoyed tea, scones and cake in a lovely Cornish moorland garden. Having worked up an appetite, the cake vanished rapidly amid appreciative comments. The cake cut well; it was moist and very tasty but the star of the show was the buttercream. It was so delicious, it tasted just like lemon sherbets – why don’t they have lime sherbets I wonder?

Liskeard Mess – We Should Cocoa 9

Celebratory Layer Cakes, Gluten Free, We Should Cocoa | 15th May 2011 | By Choclette

After waiting for Blogger to fulfil its promise of restoring all posts and comments lost on Thursday, I’ve decided to move on and just hope they manage it at some point. So apologies to any of you who had left comments which have now disappeared. Hopefully, that was a temporary blip that won’t be repeated.

Oh my, oh my. There is no use trying to hide it, this was meant to be a roulade – a chocolate and lime curd roulade! My attempt at rolling the sponge was an unmitigated disaster. It was my turn for a sinking heart when I found out what Chele had chosen for this month’s We Should Cocoa challenge – to make a Swiss roll type cake. These are not my forte by any means. Out of the three roulades I’ve made, I have been slowly improving, but I seem to have regressed with this one: this is the worst I’ve done yet and just when I wanted to impress most too. There were a number of factors that contributed to the mess, chief amongst them being my limited patience. However, I think I undercooked the sponge a little and I just didn’t make enough of the mixture to fill the tin properly. I was trying to make a sponge that wasn’t too thick and therefore easier to roll – ha!

Luckily, where this has failed on the all important visual factor, it succeeded hugely on the even more important one of taste. Forget this as cake, it was a delicious and decadent dessert which CT and I mmmmd and ahhhd our way through with silly expressions of pleasure on our faces.

You may not want to emulate me here, but this is how I did it.

The cake was rich and squidgy and tasted divine. The creaminess of the mascarpone filling and the tartness of the lime were like yin and yang – creating a heavenly harmony and the ginger formed a subtle backdrop to the main event.

This creation was so delicious, I’ve decided to name it after my home town, Liskeard. Eton Mess is certainly yummy but why shouldn’t a modest market town in Cornwall have its very own culinary delight? Next time I’ll serve it in a glass – it might look better that way. After an unpromising start, I feel I’ve snatched a worthy victory from the jaws of disaster. 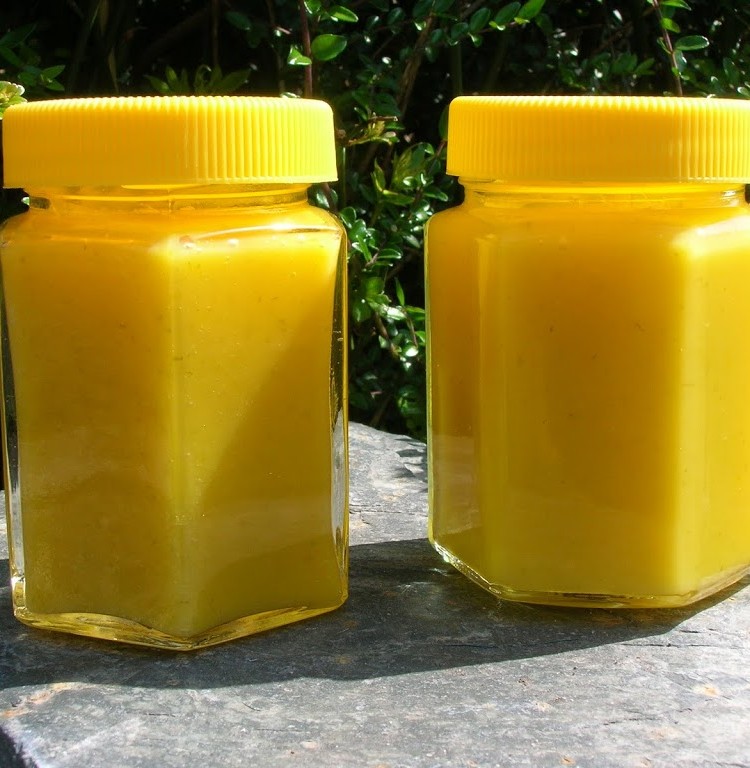