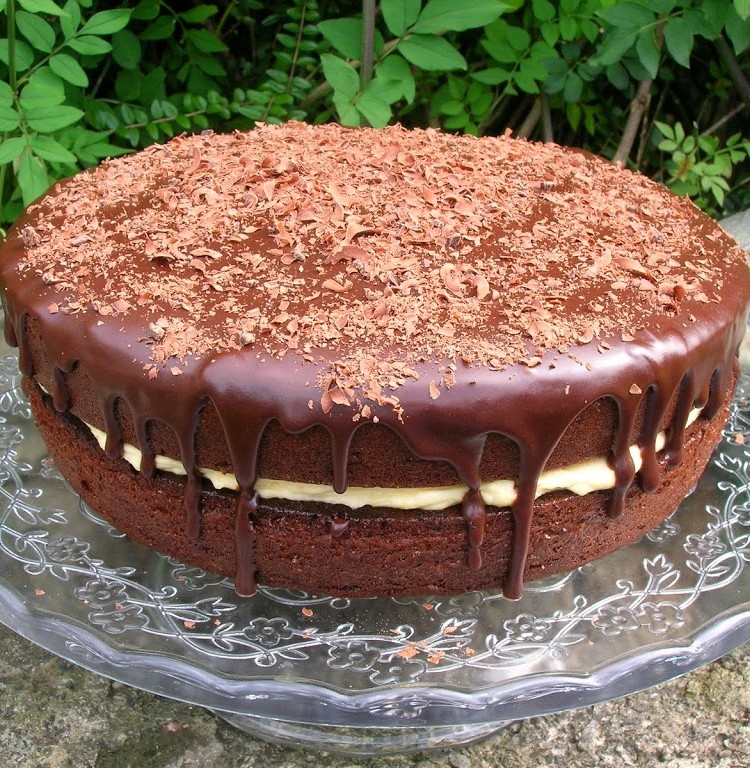 Celebratory Layer Cakes, We Should Cocoa | 22nd September 2011 | By Choclette

Elegant, fragrant and delicious, this chilli chocolate cake is filled with apricot buttercream and topped by a glossy chocolate ganache. It’s a perfect cake for an adult’s birthday party. The hint of chilli might be too much for the kids.

END_OF_DOCUMENT_TOKEN_TO_BE_REPLACED

Once again, another birthday has passed me by and in the age old tradition, it was time to make cakes for work. Keen to use more of the apricot curd, I thought I’d make a Victoria Sandwich similar to the lime curd one I made a couple of months ago. With one of my colleagues being vegan, I needed to make something a bit different too and that will follow in a later post.

This went down a storm at work, with many commenting on how much they enjoyed the apricot curd filling and no-one commenting on the top. CT felt rather left out, but I did inform him that he does pretty well most of the time and his birthday is fast approaching. 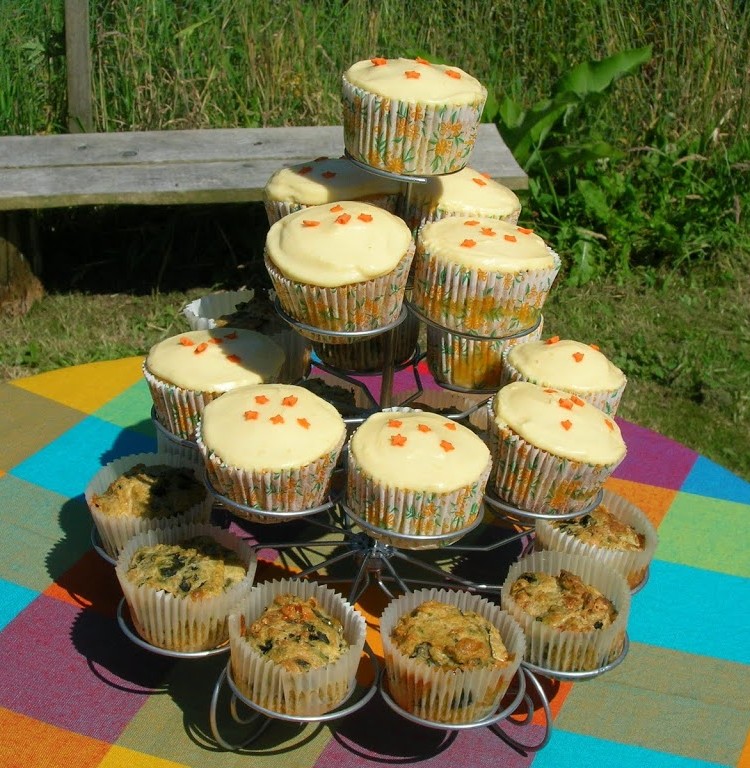 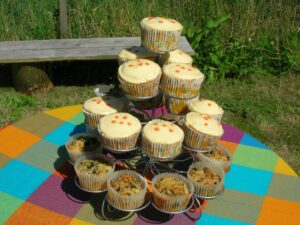 Having just made apricot curd, I was keen to start using it in some baking. With a week of annual leave, it seemed like a good time to have some friends over for tea. At about the same time, I had also been sent a cupcake stand to review. So, apricot curd cupcakes it just had to be. Along with these I made some goats cheese and orach muffins based on a Rachel Demuth recipe from Green Seasons and some cinnamon and chocolate buns (recipe to follow). After spending some time mulling over how I was going to use the apricot curd in cupcakes, I eventually decided to base it on the raspberry and white chocolate ones I made for the first We Should Cocoa; these were a great success. Having recently fallen in love with cardamom sugar, the brainchild of Vanessa Kimbell, I substituted that for the vanilla sugar. 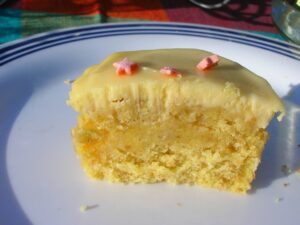 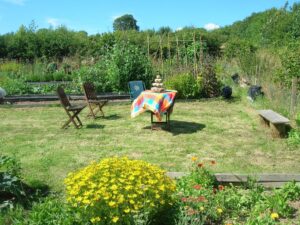 As luck would have it, the weather was set to be fair, so I took the opportunity to have a tea party down at the field. Our plot is looking really good at the moment, with the vegetable beds full and flowers blooming everywhere. Chairs were kindly brought along by friends as well as cups and a flask of tea. With 13 of us, aptly a bakers dozen, we had just enough chairs and just enough food. What with good weather and good company, I can’t think of a better way to spend time with friends.

Although this could very easily be an entry for this month’s We Should Cocoa, I have something else in mind for that. 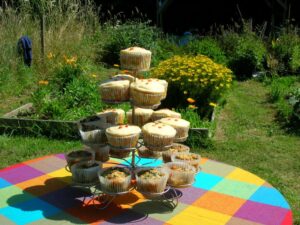 I was really pleased with the cupcake stand, supplied by Find Me A Gift. It’s a four tier steel stand which takes up to 23 cupcakes or muffins. The stand can take any sized cupcake and you could dispense with one of the middle layers if you had fewer items to display. Twenty three seemed like a good number as this is two standard bakes of twelve cupcakes, which leaves one left over to be …. errr…. tested beforehand! The cakes all sat well on the stand where they had sunken holders. The only one I was concerned about was the very top one which relied on balance alone. Even though there was a fair breeze outside, not a single cake was blown off – not even the top one. I thought it made for a good display and showed off my cupcakes well. One step nearer to my pop up tea room!