This lemon & apple curd cake is a basic sponge sandwich but with the addition of fruit curd. It’s filled with white chocolate and lemon & apple curd buttercream and topped with lemon icing. It’s a lovely fresh and lightly fruity cake which is perfect for Easter, but just as good at any other time of year.

END_OF_DOCUMENT_TOKEN_TO_BE_REPLACED 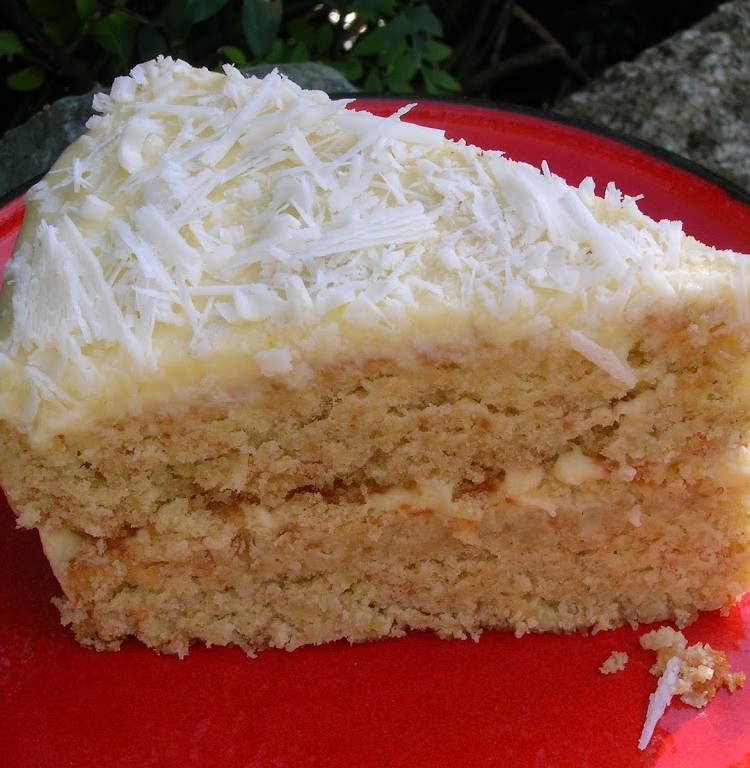 END_OF_DOCUMENT_TOKEN_TO_BE_REPLACED

Fitting nicely into this month’s We Should Cocoa theme, this cake was actually designed to be the piece de resistance at the cake fest last month and luckily it proved to be so. I wanted something rich and chocolatey yet fudgy with a contrasting flavour. I’d already decided to use my apple and lemon curd to fill the cake and then when I spotted the Treacle chocolate fudge frosting in Short & Sweet, I was away!

Recipe – this is what I did:

Smugness, it seems, never pays. On the rather tortuous journey to the cake destination, the top slid off the bottom! Luckily, I managed to rescue it before it fell on the floor and a near disaster was overted, although it didn’t ever look quite as good as it had once done. As all I got was oohs and aahs, I don’t think anyone noticed!!!

A truly delicious cake, the molasses sugar gave a fudgy consistency, the lemon curd a nice contrast and the treacle frosting finished it all off perfectly. The icing was so good, I could have happily eaten the bowlful all by myself and then probably been sick. Luckily for me, that wasn’t an option.