Yesterday, I made the most delicious dessert I’ve ever eaten. Well that may be a slight exaggeration, but this raspberry syllabub with Chardonnay vanilla biscuits was up there with the best. It was cool and creamy, but warming at the same time with bursts of intense summery tartness and accompanied by crisp vanilla biscuits with fruity tones.  And it was all thanks to Lindeman’s.

Alcohol can add a welcome dimension to most desserts, with complex notes that give extra flavour and interest. But it wasn’t until I was asked to develop a recipe using Lindeman’s Chardonnay Bin 65 that I really thought about using table wine as an ingredient. Of course any left over glugs of wine get readily used in risottos and stews, so why not in sweet courses too? You could use your favourite white wine instead of Chardonnay or even fizz if you want to make it more special.

My thoughts jumped immediately to lemon syllabub, a classic dessert using cream and wine. Well that was a bit too obvious and with summer fast approaching, I wanted to capture the sunshine embedded in those Chardonnay grapes and reflect it in a summery dessert. Raspberry syllabub was my answer. Layers of  light, creamy, mousse-like syllabub alternating with wine soaked flavoursome raspberries. Not too sweet, but rich and boozy, a little goes a long way and makes it the perfect dessert for an adult dinner party. The kids can indulge in the biscuits; there are plenty to go around and the alcohol will have been baked out of them. Whereas the wine is obvious in the syllabub, it’s a bit more subtle in the biscuits, but a delightful fruity tone can be detected amongst the more powerful vanilla notes. 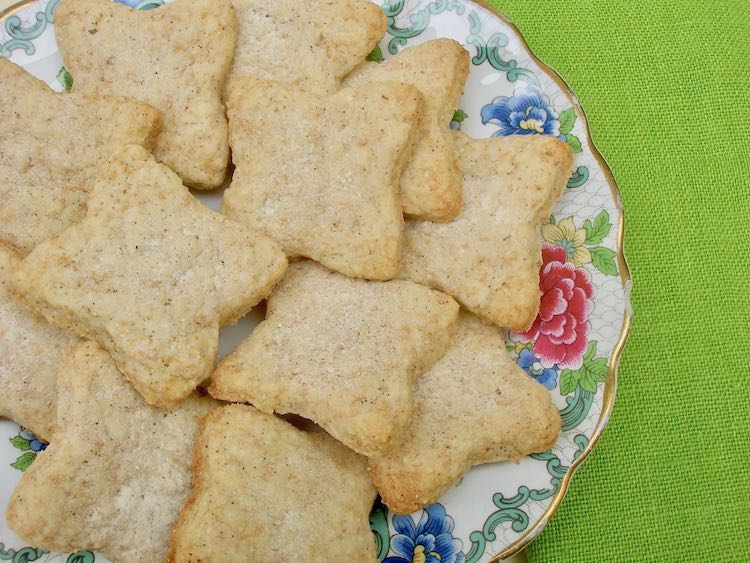 No Chardonnay for Us

The Chardonnay was crisp and fruity and tasted of summer sunshine, but I only managed a sip, before I stupidly and very annoyingly dropped the bottle whilst trying to take photographs. So the glass of wine we were both looking forward to, failed to materialise. Luckily, we had some raspberry syllabub and delicious Chardonnay biscuits to console ourselves with.

Makes 36 biscuits, two for each of the six syllabubs and plenty left over for later consumption. Swap the Chardonnay for your favourite white wine or even fizz if you want to make it more special.

I’m sending this raspberry syllabub with chardonnay vanilla biscuits to Lucy at Supergolden Bakes for #CookBlogShare. The recipe is also going to Emily at A Mummy Too for #RecipeoftheWeek 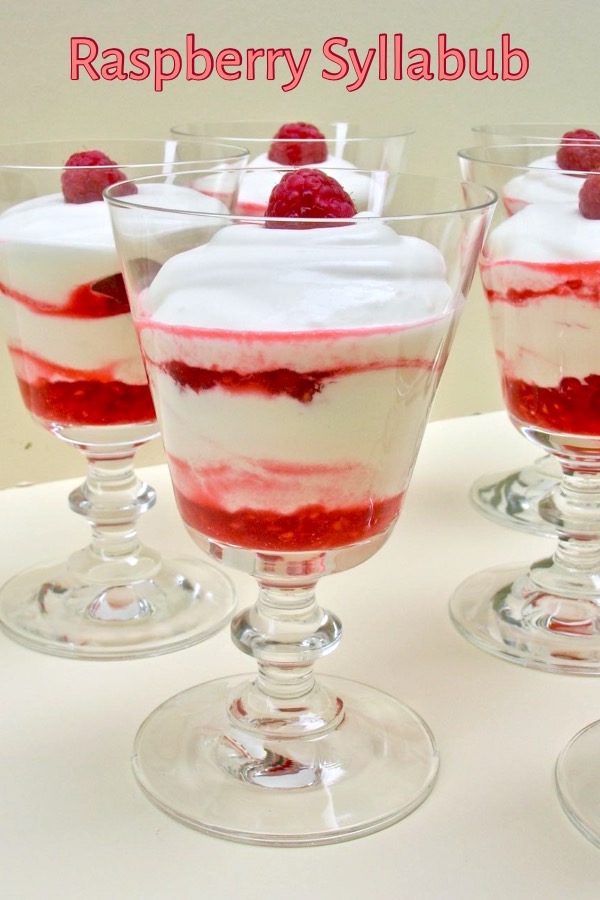