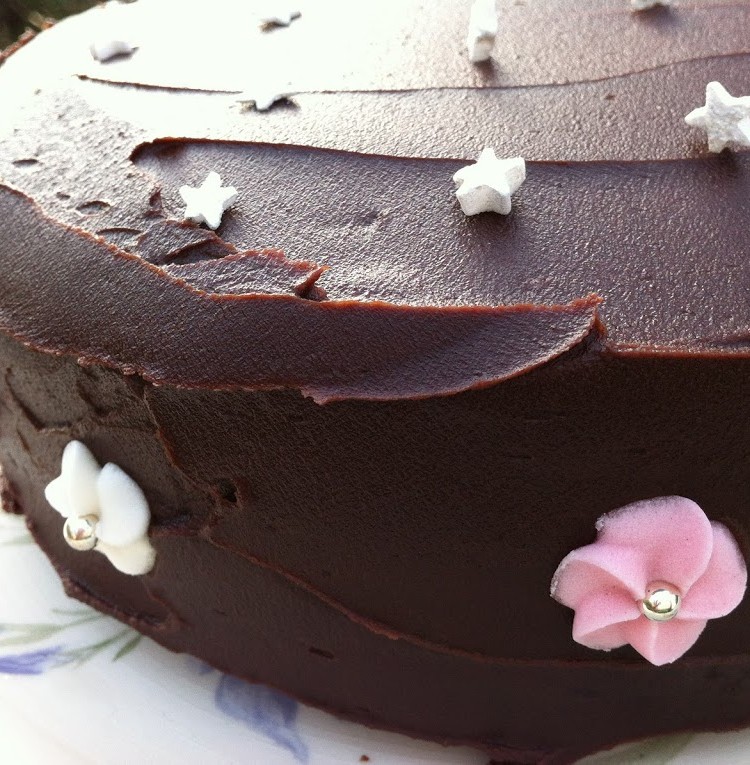 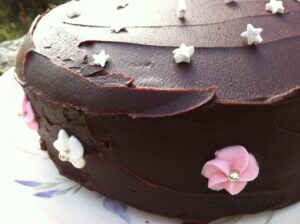 A surprise late Christmas gift arrived in the post the other day. It was actually a prize from Rose of Now & Then Delicious for the mince pies I made from orange pastry and my homemade chocolate mincemeat. I was well chuffed that I’d won and really pleased to have this little copy of baking: 100 everyday recipes published by Parragon Books arrive through the post. It has lots of standard recipes in it, but also quite a few little gems, such as fig and almond muffins, that I’m quite keen to make. As I had a friend’s birthday cake to bake, it seemed only polite to try one of the recipes from this book.

Chocolate fudge cake was the chosen one. This was a 20 cm sandwich cake; as I don’t have any 20 cm moulds (I really must get some as they would be REALLY useful), I thought smaller would be better than bigger, so went for an 18 cm cake and four cupcakes. I also cut down the quantity of ganache used. 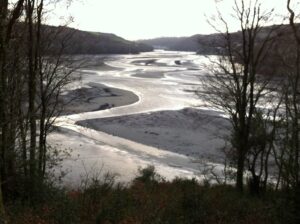 The cake proved to be a great hit at the impromptu birthday party, which followed on after a brisk walk along the river Fowey. It was a nice moist cake with a good slab of ganache in the middle. If that sounds solid, it really wasn’t. The ganache had a melt in the mouth texture and was darkly chocolatey. It also tasted slightly fudgey due to the brown sugar, but was not overly sweet.